HELENA, Mont. (AP) — A video showing a Montana man confronting Tucker Carlson is circulating widely on social media after the man called the Fox News host “the worst human being known to mankind.”

The video posted Friday shows Dan Bailey talking closely to Carlson inside a Montana fly fishing shop. Carlson can be heard in the video saying, “I appreciate that” and “I’m not going to debate.”

In a social media post with the video, Bailey accused Carlson of spreading misinformation about COVID-19 vaccinations and supporting extreme racism.

A Fox News spokesperson said in a statement that Bailey had ambushed the “Tucker Carlson Tonight” host while he was in the Livingston store with his family, calling it “inexcusable.”

“No public figure should be accosted regardless of their political persuasion or beliefs simply due to the intolerance of another point of view,” the statement says.

On his program, Carlson has repeatedly questioned the COVID-19 vaccine, even as other Fox News hosts have recently encouraged viewers to get vaccinated. Carlson has previously refused to respond when asked if he is vaccinated.

Last week, he did say that “we’re not saying there is no benefit to the vaccine. … We never encouraged anyone to take or not to take the vaccine. Obviously, we’re not doctors.”

The fly fishing store where the confrontation occurred said workers “treat every customer equally and respectfully.”

“Our staff was professional and cordial to Mr. Carlson, as we are with all of our customers,” Dan Bailey’s Outdoor Company said on its Facebook page.

While they share a name, the man who posted the video that’s been viewed millions of times “has no affiliation with our business, other than share the same name as our founder, who passed away in 1982,” the shop said. 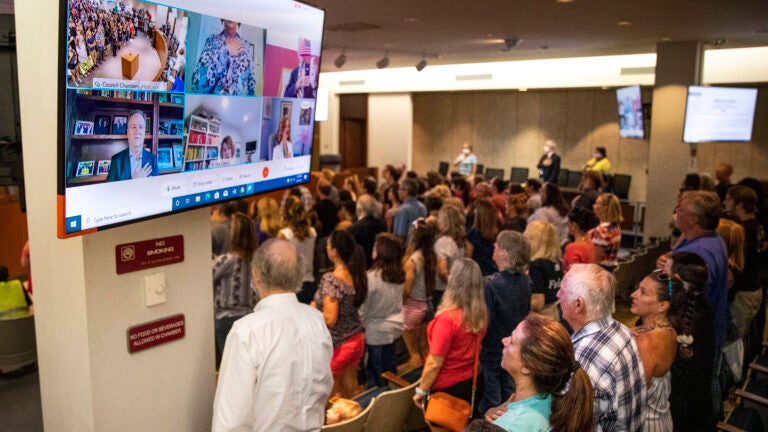