OCEAN CITY, Md. (AP) — A Pennsylvania girl’s injuries at a Maryland beach are consistent with a bite from a sandbar shark and would be a first for the state, according to the state’s Department of Natural Resources.

Experts made the determination after reviewing photos of the 12-year-old girl’s injuries shared by the Ocean City Beach Patrol, department spokeswoman Megan McGinn-Meals said in an email to The Associated Press.

There have been a few unconfirmed reports over the years, McGinn-Meals said, but this would be Maryland’s first “confirmed, nearshore ocean bite” that’s not fishing-related. An angler at Assateague Island was bitten in 2014 while releasing a shark from his line and a man clamming near Mills Island in Chincoteague Bay was bitten around the same time, she said.

The bite left 12-year-old Jordan Prushinski with 42 stitches for 20 cuts, family members told WBRE-TV. She was in knee-deep water in Ocean City on Monday when she limped out of the water bleeding from the leg, the family said. Other beachgoers, including an EMT and a nurse, helped give Jordan first aid and the family took her to a hospital.

Jordan said she will go out in the water again once her stitches are out, WJZ-TV reported.

“Something like this is rare and rare for it to even happen again,” she said.

These sharks aren’t aggressive and have little interaction with humans, and beachgoers shouldn’t let this stop them from enjoying the ocean, Ocean City Beach Patrol Capt. Butch Arbin said.

“They don’t need to worry about it,” he said. “They should be more concerned with things like rip currents.” 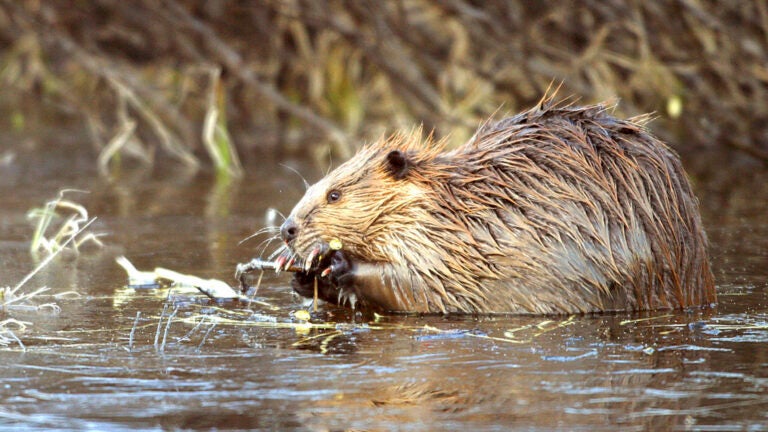