WASHINGTON — President Joe Biden said Sunday that his administration may extend his Aug. 31 deadline for removing all U.S. troops from Afghanistan, and he pledged that all evacuated Afghan allies will be given a home in the United States after they are screened and vetted at bases in other countries.

“We will welcome these Afghans who have helped us in the war effort over the last 20 years to their new home in the United States of America,” Biden said Sunday afternoon in remarks from the Roosevelt Room at the White House. “Because that’s who we are. That’s what America is.”

Biden said that the military has evacuated “an extraordinary number of people” from the chaotic capital of Afghanistan in the week since the Taliban seized control of the country. But he said military officials will be looking at whether to stay in the country beyond Aug. 31 to complete evacuations.

“Our hope is we will not have to extend, but there are going to be discussions, I suspect, on how far along we are in the process,” the president said.

The president’s remarks came as he remained at the White House, instead of spending a planned weekend at his home in Wilmington, Delaware, amid continuing chaos at the airport in Kabul, Afghanistan, and a globe-spanning effort by the U.S. military and diplomats to ferry Americans and Afghan allies to safety.

Earlier Sunday, Biden met with his national security team on what the White House called an “operational update” on the situation in Afghanistan. The administration on Sunday ordered U.S. airlines to provide the use of airplanes and crews to help in that effort, activating the Civil Reserve Air Fleet, which was created in 1952 during the Berlin Air Lift.

But the evacuation from Afghanistan continued to be chaotic in the country’s capital city, which was seized by the Taliban last week. Thousands of Afghans seeking to escape from the new regime continued to rush to the airport amid violence and several deaths.

Biden acknowledged the situation but focused his brief remarks on what he said was an accelerating success in flying people out of Kabul and to safety.

“All together, we lifted approximately 11,000 people out” in less than 36 hours, he said. “It’s an incredible operation.”

The president has come under intense criticism from lawmakers on both sides of the aisle and from leaders around the world for the execution of the withdrawal, which left governments scrambling to get their citizens out of Kabul when the Taliban swept in.

Critics have also accused Biden of not expressing enough empathy for the situation at the airport, where several people have died amid huge crowds. In his remarks Sunday, the president was more emotional than he has been in recent days.

“It’s heartbreaking,” he said. “We see it. We feel it. You can’t look at and not feel it. Nothing about this effort is easy.” 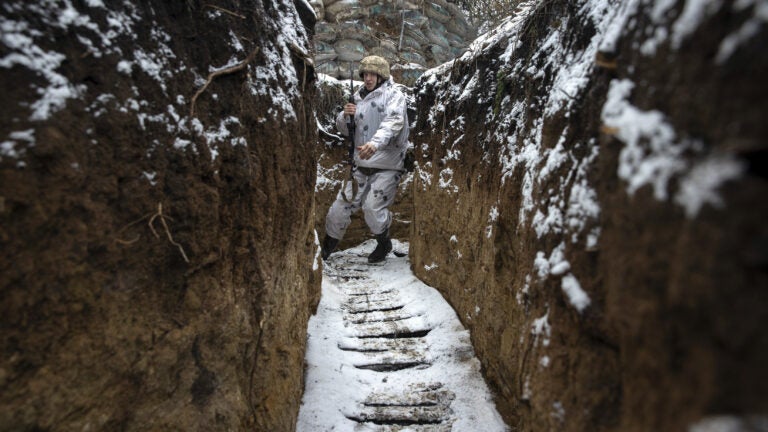