By his count, Joey Chestnut has eaten an average of 1,200 hot dogs a year for the last 16 years – but he insists he’s healthy overall. On Monday, the competitive eater who holds the world record for hot dog eating had a radish salad, some grilled chicken and a protein shake.

“The only way I can continue doing it is by being healthy,” Chestnut, 37, told The Washington Post. “If I start gaining weight and start having issues with my body, then I won’t be able to push my body.”

Nevertheless, Chestnut fans lately have been concerned for his well-being. Researchers at the University of Michigan last week released a study claiming that consuming a single hot dog can shave 36 minutes off one’s healthy life.

The study started trending this week, inspiring reactions on social media. In a tweet, Gary Sheffield Jr., a sportswriter, echoed other observers: “Joey Chestnut would be dead already.”

By the math, however, Chestnut has not done that much damage. Assuming he has eaten 19,200 hot dogs over the last 16 years, Chestnut has lost a year and 115 days, per the study. But it also means Chestnut lost nearly two days of his healthy life in a mere 10 minutes when, on July 4, he ate 76 hot dogs in that amount of time, breaking his own world record.

“It sounds like a lot,” Chestnut said about his overall hot dog consumption.

He thought for a moment and admitted with a chuckle: “It is a lot, actually.”

The University of Michigan study also covered a wide variety of food. It evaluated more than 5,800 foods for the tolls they take on the body as well as the planet. When looking at the human body, it measured a particular food’s impact in “net beneficial or detrimental health burden in minutes of healthy life.”

The authors of the study say, for instance, that hamburgers can cost a person about seven minutes of their life.

Chestnut, as it happens, holds the world record for eating certain fast-food hamburgers, too. In October 2007, he ate 103 Krystal burgers in eight minutes. Under the study’s assumptions, Chestnut lost more than 12 hours of his life in that time.

According to the study, a person can also add minutes with certain foods. Some of the items are surprising.

Candy, for example, may help you gain a minute or two, according to the study. Up to 33 minutes can supposedly be gained by eating a peanut butter and jelly sandwich.

Unfortunately, Chestnut does not hold a record for eating peanut butter and jelly sandwiches, according to Major League Eating. But, then again, he doesn’t really believe that eating junk food has a measurable effect on a person’s health.

“People will think automatically that if they eat healthy food, they might live forever,” he said. “And then I see on Twitter like, ‘Oh, watch out, Joey Chestnut’s going to die.’

“There are so many other things to a person’s health than their worst eating habits,” he added, explaining that he regularly sees doctors, eats healthy and does dietary cleanses.

But Chestnut was a good sport on Twitter. Referring to the study’s assertion that nuts can help you gain 26 minutes of extra healthy life, Chestnut tweeted: “Interesting, I might need to eat more nuts to get time back.” 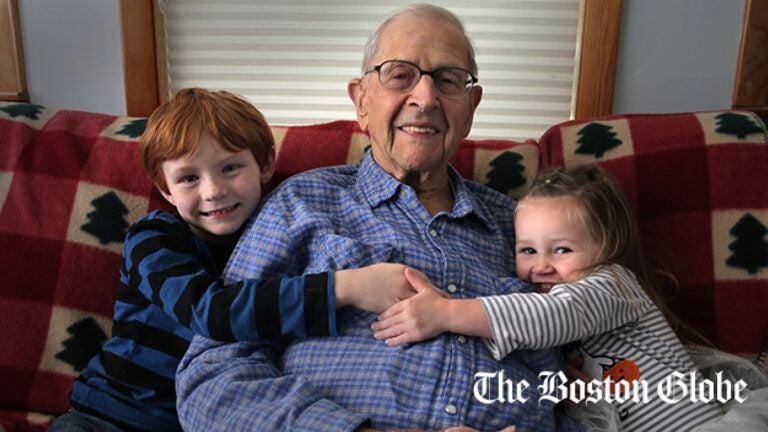