When Rebecca Firlit joined a virtual court hearing with her ex-husband earlier this month, the Chicago mother expected the proceedings to focus on child support.

But the judge had other plans.

“One of the first things he asked me . . . was whether or not I was vaccinated,” Firlit, 39, told the Chicago Sun-Times.

She was not, she said, explaining that she has had “adverse reactions to vaccines in the past” and that a doctor advised her against getting the coronavirus vaccine.

Cook County Judge James Shapiro then made what the parents’ attorneys called an unprecedented decision – he said the mother could not see her 11-year-old son until she got the vaccine.

The child’s father is vaccinated, the Sun-Times reported.

Firlit is appealing the judge’s decision. Her attorney, Annette Fernholz, who did not immediately respond to The Washington Post’s request for comment late Sunday, told WFLD that the ruling was an overreach.

“The father did not even bring this issue before the court,” Fernholz said. “So it’s the judge on his own and making this decision that you can’t see your child until you’re vaccinated.”

Judges in other states have granted lesser sentences to defendants who opt to get the vaccine, or mandated the vaccine as a condition of release from prison for some inmates. A judge in the 19th Judicial District Court in East Baton Rouge offered some defendants the option of getting the vaccine instead of completing community service hours.

But the judge’s ruling in Chicago appears to be the first of its kind. Firlit and her ex-husband, Matthew Duiven, have been divorced for seven years, according to WFLD. Court documents show they have shared custody of their 11-year-old son since June 2014.

Neither Firlit nor Duiven immediately responded to The Post’s request for comment late Sunday.

The hearing on Aug. 10 had nothing to do with revising the custody agreement, Firlit’s lawyer said, so no one was expecting the judge to ask the boy’s mother if she was vaccinated. Firlit said she was befuddled by the judge’s question.

“I was confused because it was just supposed to be about expenses and child support,” she told the Sun-Times. “I asked him what it had to do with the hearing, and he said, ‘I am the judge, and I make the decisions for your case.'”

The judge then revoked her custody of her son until she was fully inoculated. Firlit did not indicate if she would get the vaccine, but she said she is appealing the decision because she believes the judge overstepped his authority. She added that taking a son away from his mother is “wrong.”

“I think that it’s dividing families,” Firlit told WFLD. “And I think it’s not in my son’s best interest to be away from his mother.”

The father’s attorney, Jeffery M. Leving, who did not immediately respond to The Post’s request for comment late Sunday, said he was not expecting the judge to ask about vaccinations or change the custody arrangement. But he said he supported the judge’s decision.

“There are children who have died because of covid,” Leving said. “I think every child should be safe. And I agree that the mother should be vaccinated.”

Over the past few months, the number of children contracting the highly contagious delta variant has increased exponentially, according to the American Academy of Pediatrics. The American Academy of Family Physicians has also warned that there is an increasing risk of unvaccinated children sustaining “severe and long-lasting impacts” on their health.

Firlit said she is struggling with the separation from her son, whom she’s only allowed to communicate with over the phone. 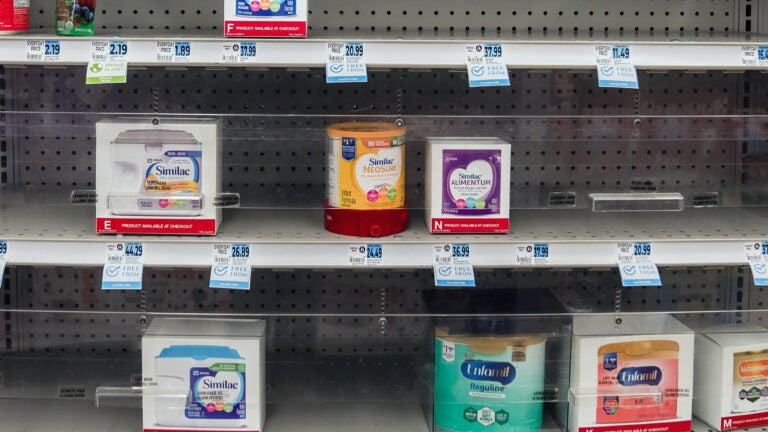