A woman is suing a New York fertility doctor, claiming he used his own sperm to secretly impregnate multiple patients — something she said she discovered when DNA genealogy tests revealed she had at least nine half-siblings.

The lawsuit was filed Saturday by the 35-year-old daughter of a woman who got fertility treatments from Dr. Morris Wortman in Rochester in the 1980s. It said he falsely told the family the sperm donor had been a local medical student. He kept the truth a secret, the lawsuit said, even after the woman, his biological daughter, became his gynecology patient.

Wortman was with patients and unavailable for comment Tuesday, his Rochester office said. The office did not immediately respond when asked for the name of an attorney who could speak on his behalf.

The case is one of more than 20 instances in recent years where fertility doctors have been accused of using their own sperm, rather than samples from anonymous donors, to treat patients. The discovery of such scenarios has been made possible with the rise of genealogy sites like Ancestry.com and 23andMe.

In Indiana, Dr. Donald Cline was accused of using his own sperm to impregnate as many as dozens of women after telling them the donors were anonymous. He ultimately pleaded guilty to lying to investigators during an investigation and was given a one-year suspended sentence.

HBO released a documentary last year, “Baby God,” about a Nevada doctor accused of inseminating multiple patients with his sperm. In another example, a Colorado doctor was sued by at least six families alleging negligence and fraud for allegedly using his own sperm in several successful artificial insemination procedures from 1975 to 1989. A New Jersey woman sued a former New York doctor with similar allegations earlier this year.

The woman who sued Wortman asked, through her attorney, that her name be withheld because of the personal nature of the allegations and because they involved her medical history. She declined to be interviewed.

The lawsuit differs from some others involving fertility doctors in that Wortman, a gynecologist, had also treated the woman as a patient for nearly 10 years, performing numerous breast and pelvic exams and discussing her sex drive and other personal issues.

The doctor’s conduct “shocks the conscience,” the legal filing said.

The lawsuit said the woman had known that she was born in 1985 through artificial insemination and that Wortman had, in fact, been “revered” in her family for helping her mother conceive through what they thought was an anonymous sperm donation from a University of Rochester medical student.

But the woman began to question the story after taking a genetic test in 2016 that began to link her with one half-sibling after another — all people who were, themselves, the children of sperm donors.

One such sibling, David Berry, had been in touch with the woman for about four years before their growing suspicions were confirmed. He and other half-siblings were at first delighted to meet over their shared bond. His feelings are more complicated now.

“An interesting dichotomy is feeling gratitude for your existence and knowing at the same time that you are the product of something that should have never happened,” Berry, 36, said by phone from Miami, Florida.

“It became a tougher pill to swallow,” he said. “On one hand you’re grateful for your existence and the people you’re sharing the experience with. On the other, I don’t know how you forgive the violation of confidence and trust that a woman puts into her physician in the most intimate of settings.”

In the meantime, Wortman continued to give the woman medical care, sometimes peppering her visits with personal questions about her husband and children and telling her about his own background as a child of Holocaust survivors. At one appointment, Wortman introduced her to his wife.

During an April visit, the lawsuit said, Wortman chuckled to himself and said aloud, “You’re a really good kid, such a good kid.”

Follow-up DNA testing with Berry and Wortman’s daughter from his first marriage confirmed the genetic link in May, the lawsuit said.

The suit accuses Wortman and his Rochester clinic, the Center for Menstrual Disorders, of medical malpractice, battery, infliction of emotional distress, negligence, fraud and lack of informed consent.

Wortman is unlikely to face criminal charges because too much time has passed, according to the Monroe County District Attorney’s Office.

“While no victim has reached out yet, our appeals bureau did do some quick research and it appears that in reference to what has been made publicly available, any criminal action is barred by the statute of limitations,” spokesperson Calli Marianetti said in an email Tuesday.

A handful of states, including Indiana, where Cline practiced, have enacted laws in recent years expressly making it illegal for a doctor to secretly donate sperm for a fertility patient, but few if any legal restrictions existed in the 1970s and 1980s, the period involved in many of the allegations. 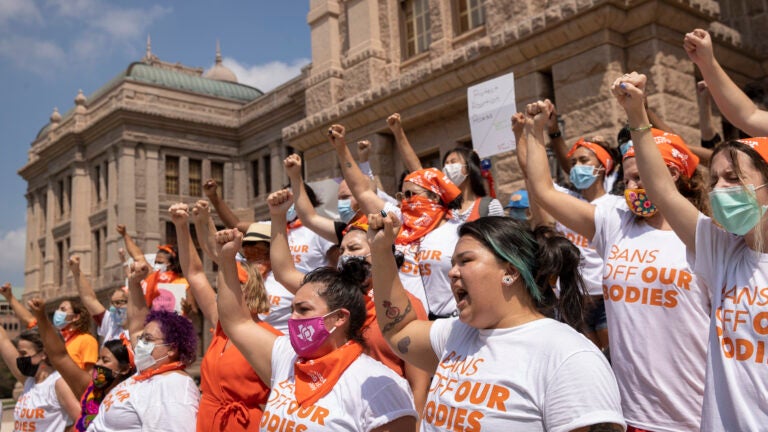