In just a few days, Frances Haugen, the Facebook whistleblower, has made herself a household name. After months of anonymously passing internal Facebook documents to The Wall Street Journal, Haugen revealed herself to the world Sunday when she appeared on 60 Minutes.

Haugen, 37, was recruited to Facebook in 2019 to be the lead product manager for the civic misinformation team. Before leaving in May, she copied thousands of documents to expose what the company knew about the harm it was causing. On 60 Minutes, she told interviewer Scott Pelley about why she felt moved to come forward.

“I’ve seen a bunch of social networks, and it was substantially worse at Facebook than what I had seen before,” she said. “Facebook, over and over again, has shown it chooses profit over safety.”

Though everyone now knows her name, Haugen had humble beginnings, growing up the daughter of two professors near Iowa City. According to her website, Haugen’s parents brought her to the Iowa caucuses, “instilling a strong sense of pride in democracy and responsibility for civic participation.”

But what brought her to Facebook? Here are some important things to know about whistleblower Frances Haugen:

1. She got her degrees in the Boston area

After graduating high school in Iowa, Haugen headed east to attend Olin College of Engineering in Needham. She was a member of the first graduating class in 2006 and earned a bachelor’s degree in electrical and computer engineering, according to her LinkedIn profile. While there, she served on student government, the Yearbook Committee, and as a teaching assistant. As a former high school debate team member, she volunteered as an assistant debate coach for Needham High School’s debate team throughout her college years.

Debbie Chachra, one of Haugen’s former engineering professors, told The Boston Globe Haugen stood out for her intelligence, enthusiasm, and commitment to others.

“She was not just brilliant as most of our students were and are, she was enthusiastic, she was committed … She was the student who always had her hand up,’’ Chachra said.

According to the Globe, Haugen also seemed to embrace Boston’s sports culture. She was interviewed for a 2003 story about Red Sox fans’s reactions to the team’s loss to the Yankees.

“I’m definitely hooked,” Haugen, then 19, told the Globe. “I’ve been initiated into the Sox culture.”

After a few years, she headed to Harvard Business School and graduated with a master’s in general management in 2011.

2. She has a long career working for tech giants

Haugen’s first job out of undergrad was at Google – as an associate project manager, according to her LinkedIn – and that pretty much set the pace for her professional career. There, she worked as product manager and software engineer in multiple areas before beginning in a project manager role at Yelp in 2015.

According to her LinkedIn, she was the technical co-founder of the dating app Hinge, co-founding Secret Agent Cupid — the precursor to Hinge — in 2010, before taking it to market.

After a year at Yelp, Haugen went to Pinterest for a year and a half, before being recruited to start at Facebook in June 2019.

On her website, Haugen wrote that during her time there, she became “increasingly alarmed” by choices the company made to prioritize profits over public safety and put lives at risk.

She calls herself an “advocate for public oversight of social media,” and believes the problems we face today with social media are solvable.

“We can have social media that brings out the best in humanity,” she wrote on her website.

3. She’s testifying before Congress on Tuesday

The explosive documents Haugen shared with The Wall Street Journal alarmed many legislators, and she has been invited to testify before the U.S. Senate Subcommittee on Consumer Protection, Product Safety, and Data Security at 10 a.m. Tuesday.

“Recent Wall Street Journal investigations have revealed troubling insights regarding how Instagram affects teenagers, how it handles children onto the platform, and other consumer protection matters related to Facebook,” the hearing announcement reads. “The hearing will provide an opportunity for a Facebook whistleblower to discuss their perspective and experience with the Subcommittee, including how to update children’s privacy regulations and other laws to protect consumers online.” 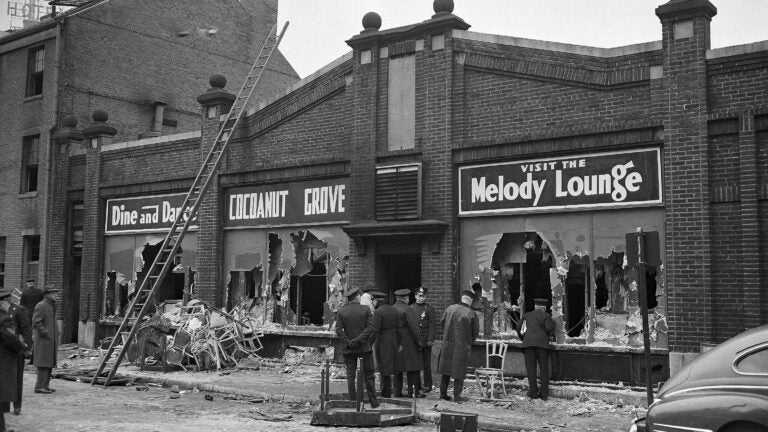