The Justice Department is reviewing its decision not to prosecute the FBI agents who failed to pursue allegations of sexual abuse made in 2015 against Larry Nassar, the former physician for USA Gymnastics who was convicted two years later on state sex abuse and federal child pornography charges, a top department official said Tuesday.

The unusual review comes months after the Justice Department’s watchdog issued a scathing report that sharply criticized how the FBI handled the case, which first came to its attention when USA Gymnastics reported sexual abuse allegations to the bureau’s Indianapolis field office in July 2015.

Inspector General Michael E. Horowitz found that senior FBI officials failed to notify state or local authorities or take steps to mitigate the threat that Nassar posed. Horowitz’s report found that the special agent in charge of the field office, W. Jay Abbott, lied to the inspector general’s investigators to hide his personal conflicts in the case and downplay errors that the FBI had made.

But the Justice Department ultimately chose not to prosecute Abbott, who retired in January 2018. Another agent from the same office, Michael Langeman, was fired over his handling of the matter.

The victims and their families, along with members of Congress, have sharply criticized the Justice Department’s decision not to further investigate the men or explore false statements charges against them.

Lisa O. Monaco, the deputy attorney general, told the Senate Judiciary Committee on Tuesday that the head of the Justice Department’s criminal division, Kenneth Polite, “is currently reviewing this matter, including new information that has come to light.”

Such a review does not mean that the agents will face charges, and it was unclear what the new information was.

But publicly disclosing that the department was reviewing its decision not to prosecute was unusual and spoke to how egregiously the FBI botched the Nassar investigation, one of the biggest child sexual abuse cases in U.S. history. The acknowledgment also comes as the bureau is working to restore public trust after the turmoil of the Trump administration.

The review will also bring scrutiny to the FBI’s broader handling of sexual assault cases.

“I want the survivors to understand how exceptionally seriously we take this issue and believe that this deserves a thorough and full review,” Monaco said at a hearing to urge Congress to reauthorize and strengthen the Violence Against Women Act.

She said the review was being handled with “a sense of urgency and gravity.”

“I blame Larry Nassar, and I also blame an entire system that enabled and perpetrated his abuse,” Biles testified.

During a three-hour interview with the FBI in 2015, Maroney told an agent searing details of the abuse she suffered, including during the 2012 Olympics in London. She told senators that the agent responded to her account by saying, “Is that all?”

“Not only did the FBI not report my abuse, but when they eventually documented my report 17 months later, they made entirely false claims about what I said,” Maroney testified. “They chose to lie about what I said and protect a serial child molester.”

The FBI’s failure to act on the information it received allowed Nassar to assault scores of additional girls before his arrest by state law enforcement authorities. Nassar has been accused of sexual abuse by more than 300 girls and women, including many members of the 2012 and 2016 U.S. Olympic women’s gymnastics teams.

He is serving what amounts to life in prison for those years of molestation and abuse.

Monaco apologized to Nassar’s victims. “I am deeply sorry that in this case the victims did not receive the response or the protection that they deserved,” she said.

Her statement echoed those made by FBI Director Christopher Wray when he appeared along with the gymnasts at the Senate hearing last month.

“I’m especially sorry that there were people at the FBI who had their own chance to stop this monster back in 2015 and failed, and that is inexcusable,” Wray said at the hearing. “We’re doing everything in our power to make sure it never happens again.” 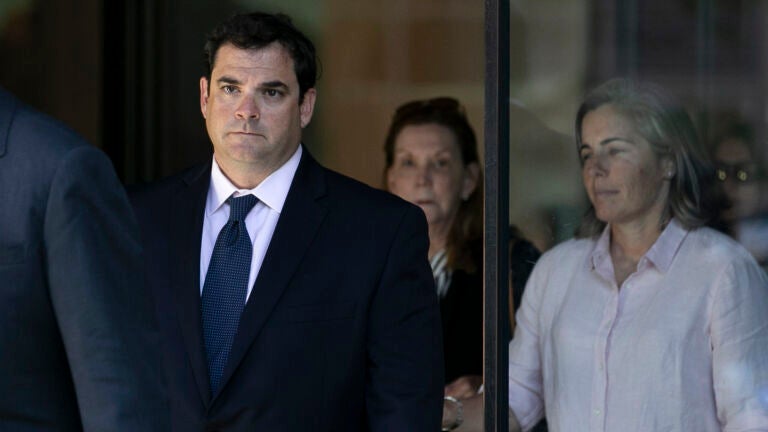