NASA will launch a spacecraft next month to hit an asteroid – on purpose – to change its path, testing for the first time a method of “planetary defense,” the agency announced Tuesday.

The launch of the Double Asteroid Redirection Test (DART) mission will occur at 1:20 a.m. Eastern time on Nov. 24, NASA said. A SpaceX Falcon 9 rocket will be launched from the Vandenberg Space Force Base, about 50 miles northwest of Santa Barbara, Calif.

NASA is targeting a pair of asteroids that orbit the sun and occasionally come close to Earth. The asteroids don’t come close enough to pose a threat, NASA says, but their proximity makes them a prime candidate for the test of a technique that could someday prevent a “hazardous asteroid from striking Earth.”

“We’re going to make sure that a rock from space doesn’t send us back to the Stone Age,” Thomas Statler, a NASA scientist, said on the agency’s podcast.

The larger of the two asteroids, Didymos, is about a half-mile across in size, with a smaller “moonlet,” called Dimorphos, orbiting it. Dimorphos, about 500 feet in size, is “more typical of the size of asteroids that could pose the most likely significant threat to Earth,” according to NASA.

Dimorphos is “not necessarily the asteroid that’s going to cause [a] devastating effect on Earth,” Statler said. Rather, the launch is a “test to make sure that we have the capabilities for that asteroid in the future, if there is one.”

The DART mission is aiming to hit Dimorphos at a speed of nearly 15,000 miles per hour with the goal of changing its orbit “by a fraction of 1%” – a small but significant enough change that scientists will be able to observe it from telescopes on Earth.

If NASA were to detect an asteroid that poses a risk to Earth – Statler said the agency is not aware of such a risk over the next hundred years – it would attempt to hit it and change its course, rather than destroy it altogether.

The DART spacecraft will detach from the SpaceX rocket and cruise in space for more than a year before it hits Dimorphos sometime late September next year, a time when the pair of asteroids will be close enough to Earth – 11 million kilometers – that scientists will be able to see them.

The interaction will be recorded by a 31-pound Italian satellite launching from the spacecraft.

Although the collision isn’t immediately stopping an Earth-shattering asteroid, it is a mission of “historical proportions,” Statler said.

It will be “the first time that humanity has actually changed something in space,” he said.

“We’ve left footprints and tire tracks and things like that,” Statler added, “but this will be the first time humanity has changed a celestial motion.” 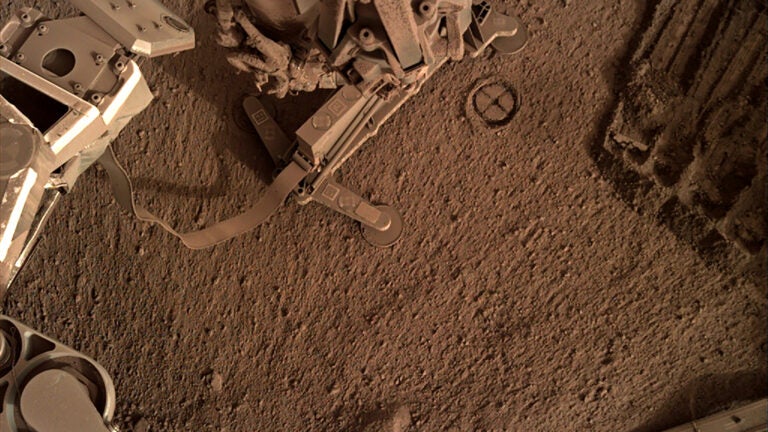