NEW YORK — A New York City police officer was in custody late Wednesday after admitting to fatally shooting a woman whom she encountered in her girlfriend’s Brooklyn apartment and shooting the girlfriend as well, officials said.

The officer was described by police officials at a news conference as a 31-year-old who has been with the Police Department for 5 1/2 years and was most recently assigned to a Brooklyn precinct.

A police official, who spoke on the condition of anonymity to discuss an active investigation, identified her as Yvonne Wu.

She was off duty when the shooting occurred, officials said.

Assistant Chief Michael Kemper, speaking at the news conference, said that the shooting was being treated as a homicide and that the officer being held had been “calm and collected and very forthcoming” in telling colleagues who responded to the scene what had happened.

The slain woman was identified by police officials as Jamie Liang of Manhattan.

Referring to the officer and the woman whose apartment the shooting occurred in, Kemper said, “We believe they had an intimate relationship.”

He said that the officer in custody was waiting in the girlfriend’s apartment, in the Bensonhurst neighborhood, when the girlfriend, 23, and the second woman, 24, arrived sometime in the late afternoon. The shooting happened some time after that, prompting several 911 calls round 5 p.m., Kemper said.

The responding officers found the girlfriend on the bedroom floor and the second woman on the floor in the living room, Kemper said.

“We believe all three parties knew each other,” he said.

Asked whether the officer had used her service weapon in the shooting, he said there was a “very good chance” that was the case, and that investigators and taken ballistic evidence and a gun from the apartment.

Hours after the shooting, officers could be seen going in and out of the two-story brick dwelling at the corner of 19th Avenue and 79th Street where the shooting occurred and combing the grounds of another house directly across street. The intersection remained blocked by police vehicles and taped off to pedestrians and cars.

Teresa DiGirolamo, who lives a few doors down from where the shooting happened, said that she had been in her kitchen shortly after 4:30 p.m. when she heard four or five pops in quick succession — “like you pop a paper bag.”

She and others who live on the street, which is lined with brick duplex homes, said they could not recall any other shootings in the area.

DiGirolamo, who has been on the block since 1998, said she did not realize she might have heard gunfire until the police and paramedics arrived with sirens blaring. When she stepped outside, she saw a woman on a stretcher being wheeled into an ambulance.

There was “no life in this person,” she said. 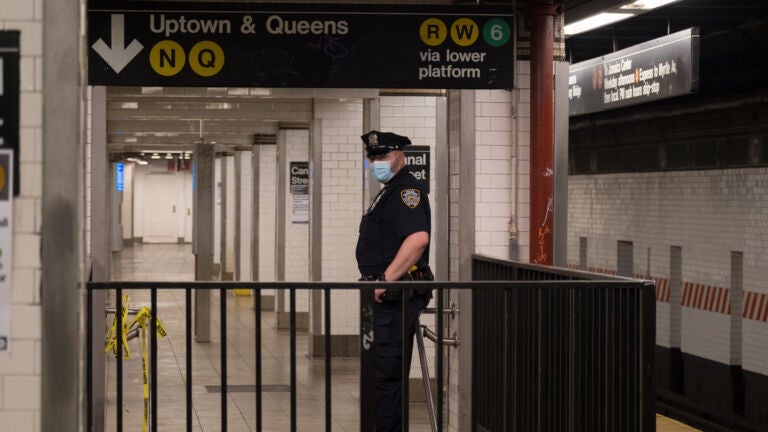