One man was charged with spending his loan money on strip clubs. Another pleaded guilty to using his funds for a $318,000 Lamborghini.

But Vinath Oudomsine may be the only person accused of using his small-business loan on a single Pokémon card. Prosecutors say the card cost the Georgia man $57,789 — more than two-thirds of his federal aid, which officials say was based on false information.

The wire-fraud charge brought last week against Oudomsine is part of a federal crackdown on alleged misuse of massive relief programs that threw lifelines to businesses during the pandemic but also raised concerns about scams and waste.

A federal watchdog said this month that the Small Business Administration (SBA) overpaid $4.5 billion in grants to self-employed people and that “no system of controls was in place to flag applications with flawed or illogical information” — even claims of up to 1 million employees. This year, the SBA inspector general concluded that the federal agency rushed out billions of dollars in loans through the Paycheck Protection Program (PPP) “at the expense of controls” that could have blocked inappropriate aid.

The result, according to the SBA inspector general, was “limited assurance that loans went to only eligible recipients.”

The SBA on Sunday faulted the administration of President Donald Trump and called Oudomsine’s case “another example of the fraud that resulted from their lax controls.”

In a statement, the agency said that under the Biden administration it has worked with Congress and the inspector general to add antifraud measures while speeding up its processes. Defenders of the SBA’s COVID-19 programs have also argued that flagged loans and grants represented a small fraction of hundreds of billions of dollars in aid.

An attorney for Oudomsine declined to comment on the case Sunday, and the defendant has yet to enter a plea, according to court records.

Prosecutors accused Oudomsine of abusing the SBA’s Economic Injury Disaster Loans (EIDL) for small businesses hurting during the coronavirus pandemic, which upended the economy with shutdowns and stay-home orders. EIDL funds, officials noted, could go toward payroll, sick leave and other business costs such as rent.

The SBA said Sunday that its COVID-19 EIDL program has disbursed more than $310 billion to small businesses and has been “critical” to their pandemic recovery.

On July 14, 2020, according to prosecutors, Oudomsine sought a loan for a business that he said had 10 employees and revenue of $235,000 over a year. The next month, court documents state, the SBA deposited $85,000 into a bank account in Oudomsine’s name.

Court filings give few details about the alleged Pokémon card purchase — such as which “Pocket Monster” it carried — simply stating that Oudomsine bought it “on or about” Jan. 8 of this year.

Collector’s-item gaming cards can fetch big sums — this year, one unopened box of first-edition Pokémon cards sold for more than $400,000.

Barry Paschal, a spokesman for the U.S. attorney’s office in the Southern District of Georgia, said Sunday that prosecutors are not commenting on the case beyond the existing public record.

Alarms about fraudsters taking advantage of business relief programs began early in the pandemic. The SBA inspector general said in July 2020 that it was “inundated” with complaints about thousands of suspected abuses of EIDL loans and grants.

In one widely covered case in spring 2020, a Georgia reality TV star was charged with using more than $1.5 million in aid for personal rather than business expenses — notably, a Rolls-Royce and $40,000 in child support.

The first person to be charged with fraudulently seeking PPP loans was recently sentenced to 56 months in prison, following a nationwide search after the man faked his death.

The SBA inspector general’s office said this month that the SBA was “taking corrective actions” after its report describing improper grants to self-employed people in 2020.

Agency officials defended the EIDL, saying it “delivered on the intent of the Cares Act,” the $2 trillion emergency aid package that Congress passed last year. They note that it processed loans and grants totaling $20 billion over 14 weeks. James E. Rivera, an associate administrator for the agency’s Office of Disaster Assistance, wrote to the inspector general last month that the SBA “does not agree with key assertions in the draft report findings.” 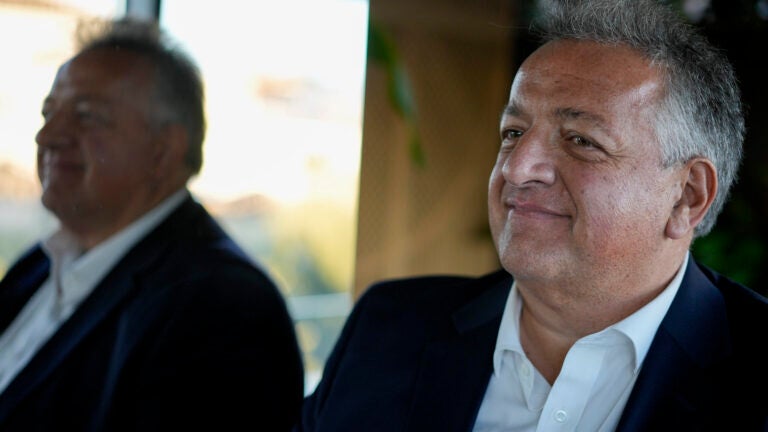 Moderna has no plans to share its COVID-19 vaccine recipe