The 16-year-old girl sat beside her alleged kidnapper, looking out the car window at the other people on the road — people who could save her, if they only knew what was happening.

So she started flashing hand signals, hoping others knew what they meant. She didn’t use American Sign Language, but gestures she’d learned on the social media platform TikTok. Last year, the Women’s Funding Network, a philanthropic organization dedicated to helping women and girls, created the “Signal for Help” gesture so people could communicate they were in danger without alerting those around them. The group’s video demonstrating the gesture later went viral on TikTok.

The teenager’s idea worked. The secret hand sign led to her rescue and the arrest of James Herbert Brick, 61, around 12:30 p.m. Thursday, the Laurel County, Ky., sheriff’s office said in a news release. Law enforcement agents who helped save the 16-year-old admitted they didn’t know about the hand sign but called it a “wonderful” tool for those in distress that could save lives if it gains widespread currency.

On Thursday, as Brick and the girl drove through Kentucky on Interstate 75, about 40 miles from the Tennessee border, a motorist behind Brick’s Toyota noticed the girl flashing hand signs and interpreted them as signaling distress, the sheriff’s office said in a news release. He called 911, followed Brick and kept updating authorities with information about the teen’s location.

Meanwhile, Laurel County sheriff’s investigators set up at an interstate exit about nine miles south, Acciardo said. The 911 caller read out the mile markers as they passed them, “which was wonderful for us because we knew when that vehicle was going to arrive,” the deputy added.

The caller told them when the Toyota was making the exit, Acciardo said, and deputies pulled Brick over.

Then, investigators started to piece together what had happened.

They learned the girl’s parents had reported her missing more than 48 hours earlier from Asheville, N.C. — 140 miles away, Acciardo said. The girl told detectives she’d linked up with Brick that day and had since traveled through North Carolina, Tennessee, Kentucky and Ohio, where she and Brick allegedly stayed with his relatives. But they took off when Brick’s family realized the girl was underage and had been reported missing, Acciardo said.

“They didn’t want him to stay,” he said.

The two allegedly headed south and, as they did, the girl started flashing the hand signs. She was resourceful in a situation in which she had limited options, Acciardo added. She couldn’t wave a handkerchief out the window or flail her arms about. So she did something her alleged captor might not see as a threat.

“It just looked like she was waving at individuals. He had no idea that she was putting out a distress signal,” the deputy told WHAS.

Acciardo said he thinks the girl was lucky, because he suspects most people don’t yet recognize the hand gesture’s meaning. “We didn’t even know what it meant. We definitely do now,” Acciardo said.

After arresting Brick, investigators found images on his phone that showed an underage girl “in a sexual manner,” according to the news release. Acciardo declined to tell WHAS if the images of the phone were of the 16-year-old girl who was rescued.

Brick was charged with two felonies: unlawful imprisonment and possession of matter portraying a sexual performance by a minor. He’s locked up in the Laurel County Correctional Center in London, Ky., on a $10,000 bond; his next court hearing is scheduled for Monday morning.

Acciardo said he hopes the use of the hand sign spreads.

Here’s how to do the hand signal: 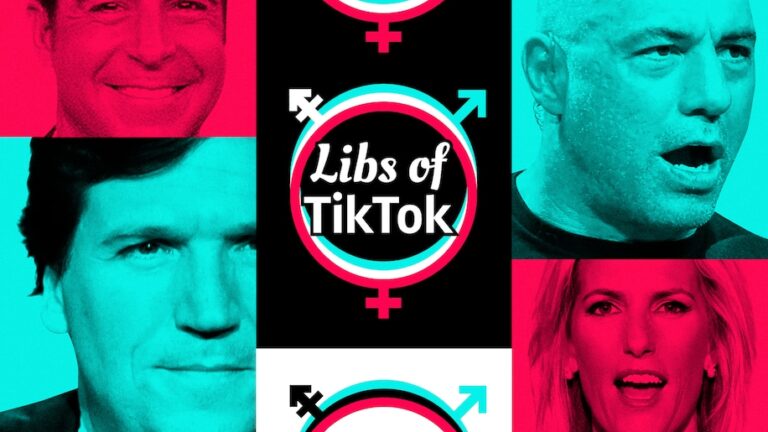 Meet the woman behind Libs of TikTok, secretly fueling the right’s outrage machine