The widespread availability of coronavirus vaccines and a desire to resume normal activities has millions of Americans eyeing Thanksgiving gatherings with family and friends, leading experts to predict the biggest holiday travel surge of the pandemic era.

Motorists who breezed along highways last year should brace for backups and crowded rest stops, despite the highest Thanksgiving gas prices in eight years, travel experts say. AAA and the Transportation Security Administration are predicting air travel will approach pre-pandemic levels, with airport officials recommending parking reservations and extra time to catch flights. Amtrak expects an increase in passengers during its traditionally busiest week of the year.

AAA predicts 53.4 million Americans will travel over the Thanksgiving holiday, including 1.3 million in the Washington region – a 13% jump nationally from last year, when federal health officials asked people to stay home to avoid spreading the virus.

Ali said travelers seem to feel more confident after getting vaccinated and want to make up for family visits postponed or canceled over the past 20 months. A recent AAA poll found that 14% of Washington D.C. drivers said they believed traveling over the holiday would pose a “significant” risk because of the virus, down from 48% at this time last year.

Baltimore resident Ashley Summerville had Thanksgiving dinner at home last year with her parents and sister. This year, she said she’s willing to endure the “hot mess” of Interstate 95 the day before Thanksgiving to visit about 10 family members in Brooklyn. It will be the first reunion for some in more than two years.

Last year, “we were all being very, very safe about covid,” said Summerville, a preschool teacher. “This year, we’re all vaccinated and excited to see each other. . . . We miss each other.”

Charlie Cooper said he skipped traveling last Thanksgiving because of the virus and gathered with family nearby in Austin, where he lived at the time. Now that he’s vaccinated and living in Bethesda, he plans to drive to Long Island to see about 40 people, even though he’s dreading the I-95 holiday traffic.

“We’re all vaccinated and even boostered,” said Cooper, a retired owner of a consulting firm. “I’m absolutely more comfortable. I don’t go where people aren’t vaccinated.”

The fact that his 5- and 8-year-old grandchildren received their first dose of the vaccine “definitely adds to the comfort level,” Cooper said.

While most younger children won’t be eligible for their second shot until after Thanksgiving, public health experts say their first dose provides partial protection. Experts say travelers should know the vaccination status of people they gather with to decide on precautions if some aren’t fully vaccinated or have health risks. Those safeguards could include wearing masks, getting tested before gathering and eating outside or in well-ventilated area indoors.

Amanda Castel, an epidemiology professor at George Washington University, said she understands the desire to reconnect with family and friends, especially after being vaccinated. But she also expects a post-Thanksgiving surge in infections.

“I think with vaccines on board and a large proportion of the U.S. population being vaccinated, it’s a safer Thanksgiving than it was last year,” Castel said. “But it certainly depends on where you’re going and who you’re going to be with.”

AAA expects more than nine in 10 travelers will drive, boosting road travel by almost 10% over last year, even as gas prices average about $3.40 a gallon nationwide – $1.29 more than last year.

“The things you do for family,” he said with a laugh.

As in previous years, travel experts predict the Thanksgiving boom will extend through the week, with the biggest crowds on Tuesday and Wednesday and the Sunday and Monday after the holiday. Experts say they expect the traditionally worst travel days to remain the same, even as many people continue to have flexibility while working from home and won’t need to report to an office Wednesday afternoon or Monday morning.

Bob Pishue, of Seattle-area traffic analytics firm Inrix, said motorists have stuck with traditional peak travel times for other holidays during the pandemic era, such as Memorial Day and July 4. That led him to predict Wednesday afternoon will remain the most brutal travel time as holiday drivers add to already heavy commutes.

Southbound I-95 in Virginia, between the Washington Beltway and Woodbridge, Va., is expected to have some of the worst Wednesday congestion in the nation, with afternoon delays more than twice as long as normal, according to Inrix data.

But one big change stemming from teleworking traffic patterns will bring time savings for those who can hit the road Tuesday or Wednesday morning, Pishue said. That’s because, while midday traffic has increased and the evening rush has rebounded to near pre-pandemic levels, traffic levels during the morning commute remain down.

“All of these pandemic trends we’ve been noticing apply here,” Pishue said of holiday travel.

Maryland Transportation Authority officials said they expect significantly higher traffic volumes compared with last Thanksgiving, nearly back to pre-pandemic levels. Traffic is expected to be so heavy at the Chesapeake Bay Bridge that the authority recommends crossing before 9 a.m. or after 9 p.m. for much of the week.

Motorists on I-95 will need to head out before 6 a.m. or after 11 p.m. to avoid congestion early in the week, the authority said, while weekend travelers will want to drive before 9 a.m. or after 9 p.m.

Airports are expected to be far busier, with AAA predicting an 80% jump in passengers over last Thanksgiving.

Christina Saull, spokeswoman for the Metropolitan Washington Airports Authority, said holiday fliers will add to those who have been returning steadily in recent months, especially for personal travel. Reagan National’s daily parking garage recently has begun filling up on some weekends, she said.

“If you haven’t flown in awhile and you’re expecting it to be empty, it’s not going to be,” Saull said. “I think folks will be surprised at how busy it is.”

Travel in a “group setting” – by bus, train or a cruise – is projected to increase by more than 260% over last year, according to AAA, with about 9,700 Washington-area residents expected to travel that way. Even so, that number is more than 60% below Thanksgiving 2019 levels, AAA said.

On the rail, Amtrak spokeswoman Kimberly Woods said ridership last month remained down about 35% compared with the same period in 2019. However, she said, the railroad expects more passengers this Thanksgiving – its busiest time of the year – because routes that were canceled last year have been restored.

She said Amtrak is reminding customers about its pandemic precautions, such as the federal mask mandate, rail cars’ filtration systems exchanging air every four to five minutes, and the ability for customers to see how full reserved trains are before booking.

“We’re making sure our customers are confident in traveling with us,” Woods said. 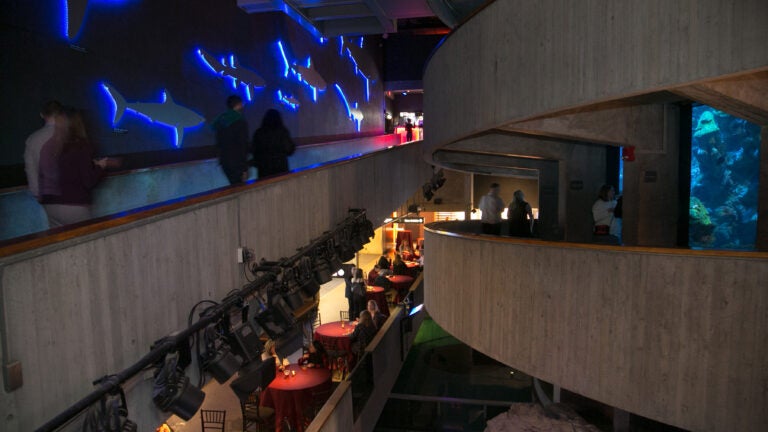