Some California motorists apparently thought they’d hit the jackpot after an armored truck spilled cash across a freeway north of San Diego, causing a traffic jam on Friday as people leaped out of their cars and scooped up fists full of bills.

But “finders keepers” doesn’t apply in this case, and authorities have vowed to track down any motorists who left the scene with their looted money.

It might not be all that hard: The incident was captured on social media, with people posting videos of themselves literally jumping for joy as they scooped up wads of cash off the highway shortly after 9:15 a.m. local time on Friday.

“This is the most insane thing I’ve ever seen,” Demi Bagby said as she panned her camera to show people all around her bending over to collect the scattered bills. “Someone dropped money all over the freeway.” The fitness influencer beamed the footage to her 2.6 million followers on Instagram. She didn’t immediately reply to a request for comment Saturday.

California Highway Patrol Sgt. Curtis Martin told reporters that the truck had been headed from San Diego to an office of the Federal Deposit Insurance Corp.

“One of the doors popped open and bags of cash fell out,” he said. “One of the bags broke apart, and there was cash all over the lanes.”

He said authorities plan to use social media videos and photos to track down anyone who fails to return the money.

“If you found money on the freeway, it is not your money,” Martin told news station KCRA. “It belongs to the FDIC and this armored truck and the bank. It needs to be returned.”

Two people were arrested at the scene, and the California Highway Police and the FBI said Friday that anyone who took money needs to return it within 48 hours “in order to avoid a potential criminal charge.”

By Friday afternoon, about a dozen people had returned cash, which was mostly in $1 and $20 bills, the San Diego Union-Tribune reported.

According to legal experts, common law allows anyone who finds an abandoned item to keep it. But the rule doesn’t apply when items are unintentionally lost by their owners, such as a wallet that falls out of someone’s pocket — or in this case, when an armored truck driving along a busy freeway inadvertently loses bags of cash.

In one especially bizarre example of how the law works, a bargain hunter from small-town North Carolina picked up a barbecue smoker at auction. After taking it home, he opened the grill to find the remains of a gnarled human leg. His report made the news and its amputee owner came forward to claim his former limb. The barbecue enthusiast didn’t want to return it, and their subsequent custody battle made international headlines, and spawned a 2015 documentary: “Finders Keepers.” (Spoiler alert: A judge ordered him to return the leg.)

In this case, the finder has certain responsibilities. If the cash was left on the freeway, where it was strewn when the armed truck’s doors flung open, its owners would know where to find it. But that changes if someone filled their pockets with cash, jumped back in their car and drove away — although in this case, police say they’ll be running checks on people’s faces captured on social media and license plate numbers. 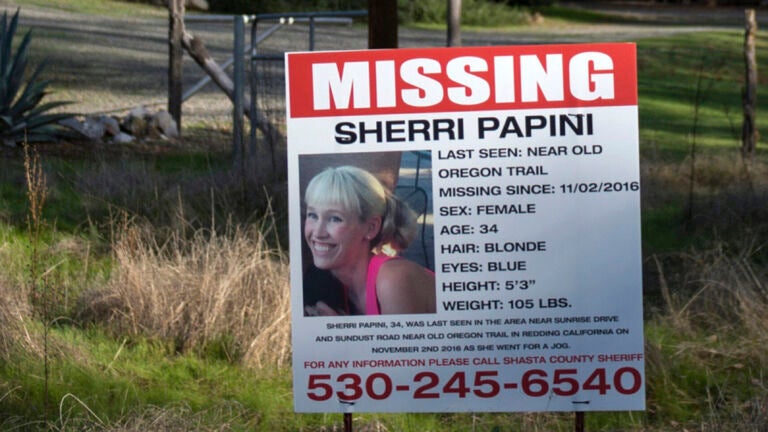 A California mother said she was kidnapped. Now she admits it was all a hoax.