Seething and vengeful, Wendy Wein was on the lookout for the professional killer she meant to hire as she waited inside a southeastern Michigan cafe in July 2020.

Wein wanted her ex-husband dead. But she didn’t want to murder him herself and didn’t know anyone she trusted to do it for her. So she did what a lot of people do when they have a job they can’t or don’t want to do themselves — she searched for help on the Internet.

What Wein found was presumably reassuring. The website promised her confidentiality. It boasted of industry awards. It showed off testimonials of satisfied customers, including one from Laura S., who’d “caught my husband cheating with the babysitter.” The website bragged about complying with HIPPA, which it defined as the Hitman Information Privacy & Protection Act of 1964, a nod to the Health Insurance Portability and Accountability Act, or HIPAA, the law passed in 1996 to protect patients’ medical information.

The trouble for Wein was that RentAHitman.com is a fake website. It’s not run by Guido Fanelli, as it claims, but by Bob Innes, a 54-year-old Northern California man who forwards any serious inquiries to law enforcement. Innes launched the site 16 years ago as part of an Internet security business that never went anywhere. Instead, it’s served as a honey pot of sorts, attracting people who want to hire professional killers.

For Wein, it didn’t go well. She was arrested within days of seeking out an assassin and pleaded guilty earlier this month to solicitation of murder and using a computer to commit a crime. Under her plea agreement, she faces at least nine years in prison when she’s sentenced in January.

Wein, 52, is not the only one who’s gotten stuck in Innes’s digital trap. About 650 to 700 people have contacted him since he first registered the website in 2005, including some 400 who, like Wein, filled out his “service request form,” which requires users to give their names, email addresses and phone numbers, along with the same information of their “targets,” Innes said.

Innes vets the entries, which come in at a clip of about eight to 10 a month these days. He tosses the crank entries. But if he can verify the existence of the person requesting a hit man and the target they want murdered, he forwards the information to one of Rent-A-Hitman’s 17,985 “field operatives,” which just so happens to be the approximate number of law enforcement agencies in the country. All these years later, he’s still a little dumbfounded people don’t realize his site is bogus.

“I don’t get it,” Innes told The Washington Post. “People are just stupid.”

Innes launched his website not as a way to catch criminals, but as a possible business venture. From 2003 to 2005, he studied network security and was considering opening a business that would test a company’s online infrastructure for vulnerabilities. He was also collecting domain names in the hopes of reselling them for a profit. With both of those ventures in mind, he registered RentAHitman.com on Feb. 5, 2005, playing on the double meaning of the word “hit,” which can refer to attacking a system as well as online views.

In June of that year, he was getting ready to graduate from Empire College School of Business in Santa Rosa, Calif., and decided to put the domain up for auction. When he received no serious offers, Innes let the site languish. He left it on autopilot and forgot about it.

Then, in 2008, Innes opened up the inbox for all email accounts tied to the website. He found 250 to 300 that had amassed, most of them one-liners asking questions: How much for services? Do you operate in this or that country? How much would you charge to take out so-and-so? Are you hiring?

“These people were serious,” Innes said. “… I wasn’t really prepared for any of that.”

He closed the inbox and did nothing, because none of the messages sounded any alarms. Then, in 2010, he got an email from a woman named Helen. In her message, Helen said she was from the U.K. but stranded in Canada. Her situation was urgent. Several people had bilked her out of her father’s inheritance, and she wanted revenge by killing three of them.

Innes was in Los Angeles helping his brother move when he received her first message in the morning. He didn’t do anything. But then a second email hit his inbox around 4 p.m. When he finally got in front of a computer, he verified the names and addresses of the people Helen wanted killed.

“I can tell that this lady was hellbent on having … these three people murdered,” he said.

But he gave Helen a possible out, the same one he still gives everyone — including Wein — before relaying their information to police. He sent an email with two questions: Do you still require our services? And do you want me to place you in contact with a field operator?

Helen did, so he reached out to a friend, a sergeant in a police department, who then called Canadian authorities, Innes said. Police found Helen, he said, adding that she served about four months behind bars on a charge of soliciting to commit murder before she was hauled back to the U.K. Innes said he learned the three people she was targeting were her family members, but they were never hurt.

“So those were the first three people that the site has effectively saved,” he said.

Helen was the first inquiry serious enough for Innes to vet and hand over to law enforcement — but not the last. There was Devon Fauber, the then-20-year-old who in 2018 tried to hire someone to kill his ex-girlfriend and her parents, whom he blamed for the couple’s breakup. He then planned to kidnap his ex’s 3-year-old daughter so he could raise her.

“I could be a really good father to her,” he told the undercover investigator he thought was a hit man. “But I need those three people taken out before I can do anything.”

Fauber pleaded guilty and was sentenced in 2019 to 10 years in prison.

“It’s a crazy world,” Innes said. “The Internet is obviously a dangerous place. And this website is a magnet for low-hanging fruit that are out there trying to harm other people.”

More than a decade after RentAHitman.com fooled Helen, the website is still bamboozling people. Innes said he’s currently helping law enforcement as they investigate two of his would-be customers, so folks are still using his website to try to hire professional killers, even after it’s received a fair amount of media attention, including a Rolling Stone article last year.

Back in southeastern Michigan on July 17, 2020, the “field operative” Wein was waiting for at the Dixie Cafe eventually showed up. He got in the passenger side of her gray Ford EcoSport, where she accused her ex-husband of being a pedophile. She described him in detail and told the hit man his address, place of employment and the times he left for work and got home.

The field operative did not kill her ex. Instead, the Michigan State Police trooper filed the report that would lead to her arrest.

Innes said he thinks Wein’s case is another instance in which his website saved a life.

“She was hellbent on … seeking revenge to take out her ex-husband,” Innes said, “and she never did her homework.”

Wein did have a moment of doubt and hesitation when she first reached out to “Guido” and Rent-A-Hitman. In her initial email, she outlined who she wanted killed and why. She said she could pay some money for the outsourced wetwork but was not a rich person. Then, she expressed a shred of incredulity about the whole hiring-a-professional-killer-on-the-open-Internet situation.

“This is kind of weird that your company is not on the deep or dark web,” she wrote, according to Innes. “I prefer not going to jail. Thank you for your time.” 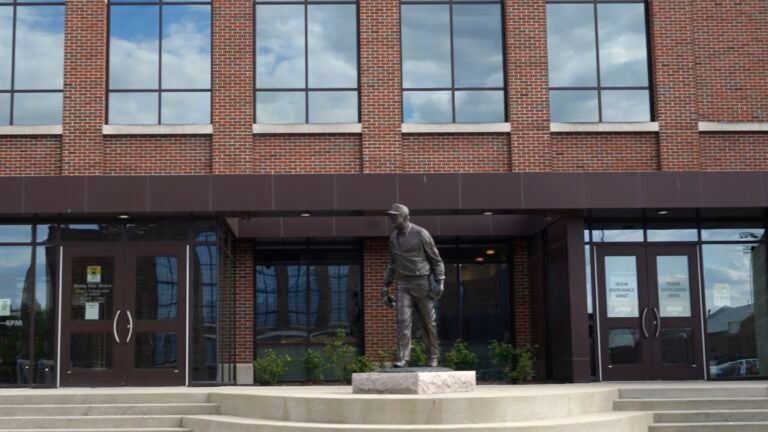