Former President Donald Trump told Fox News Tuesday that he had met with Kyle Rittenhouse, calling the teen who was recently found not guilty of homicide, attempted homicide and other charges related to the fatal shootings that rocked the city of Kenosha last summer, “really a nice young man.”

The Rittenhouse trial gripped the nation and many outside the United States who followed the divisive case in which the teen testified that he had acted in self-defense when he shot and killed Joseph Rosenbaum, 36, and Anthony Huber, 26, and injured Gaige Grosskreutz, now 27, during mass protests in Wisconsin against police violence last year.

Rittenhouse had traveled to Kenosha from his home in Antioch, Ill., to join armed civilians who took to the city’s streets amid unrest sparked by the police shooting of Jacob Blake, a Black man who was wanted for alleged sexual assault. Blake survived the shooting but was left partially paralyzed.

Rittenhouse, 18, visited the former president with his mother in Mar-a-Lago, Florida, on Monday, Trump said — just days after jurors acquitted him on all counts after more than three days of deliberation.

“Kyle, I got to know him a little bit. He called,” Trump told Fox News host Sean Hannity. “He wanted to know if he could come over and say hello because he was a fan.”

“He should never have been put through that,” Trump said of Rittenhouse. “That was prosecutorial misconduct, and it’s happening all over the United States right now with the Democrats.”

Hannity shared a photo of the meeting which showed a smiling Trump making a thumbs up gesture while posing for a photo alongside Rittenhouse.

Following the verdict last Friday, Trump had sent his well wishes to the teen writing in a statement: “Congratulations to Kyle Rittenhouse for being found innocent of all charges. It’s called being found not guilty – and by the way, if that’s not self-defense, nothing is!”

President Joe Biden had said after the verdict that while the acquittal would “leave many Americans feeling angry and concerned, myself included, we must acknowledge that the jury has spoken.”

Many on the political right have hailed Rittenhouse as a hero who sought to protect Kenosha from violence, while many on the left have viewed Rittenhouse as a trigger-happy teenager who recklessly escalated a chaotic situation — and say his acquittal is a sign of deep bias in the justice system.

The parents of Huber, one of the men shot dead by Rittenhouse, said they were “heartbroken and angry” over the acquittal, adding that it sent “the unacceptable message that armed civilians can show up in any town, incite violence, and then use the danger they have created to justify shooting people in the street.” 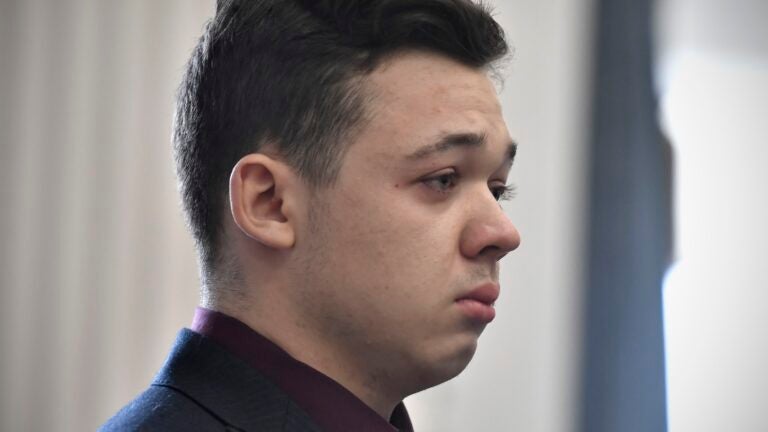