In 2011, cookbook editor Rux Martin noticed something unsettling on the cover of a women’s magazine: a vanilla cupcake decorated with yellow, cream and white jelly beans arranged to mimic corn kernels, a faux butter slice made from a yellow fruit chew, and black and white sugars to imitate salt and pepper.

The confection looked just like the corn-on-the-cob cupcake in “Hello, Cupcake!” a bestselling 2008 cookbook she had edited. Yet the accompanying recipe gave no credit to the authors, Alan Richardson and Karen Tack. “It was so specific, down to the corncob holders,” Tack said. “It wasn’t a twist on it. It was just like ours.”

Martin wrote to the magazine expressing disappointment but never heard back. She asked a lawyer for her publisher whether they could do anything about the identical feature.

“He said the wording on the method isn’t the same, there is no similarity on the headnote — tough luck,” said Martin, who is now a freelance editor. “I think that pretty much encompasses the problem in a nutshell.”

But recipes are much harder to protect. This is a reason they frequently reappear, often word for word, in one book or blog after another.

Cookbook writers who believe that their work has been plagiarized have few options beyond confronting the offender or airing their grievances online. “It is more of an ethical issue than it is a legal issue,” said Lynn Oberlander, a media lawyer in New York City.

It was noteworthy, then, when in October, the publisher of the cookbook “Makan,” by prominent British chef Elizabeth Haigh, pulled the book out of circulation, citing “rights issues.”

Author Sharon Wee had noticed that “Makan,” about the cuisine of Haigh’s native Singapore, contained recipes and stories nearly identical to ones in her own 2012 cookbook, “Growing Up in a Nonya Kitchen.” Haigh even replicated some of Wee’s personal recollections, in much the same language — material that could be protected by copyright laws in both Britain and the United States.

“I am grateful that Bloomsbury has responded to my concerns by withdrawing ‘Makan’ from circulation,” Wee wrote in a statement on Instagram. (Bloomsbury and Wee declined to comment for this article, and Haigh, who has never replied publicly to the accusations, didn’t respond to requests for an interview.)

The news was breathlessly covered online, and readers took to social media to express outrage over Haigh’s apparent borrowing from a fellow Singaporean author with a smaller following.

In the publishing world, it is well known and largely accepted that recipes, for the most part, can’t be copyrighted. But the “Makan” incident reinvigorated a debate about recipe ownership, leaving many writers and editors wondering how they can — or even if they should — protect their work in a genre that’s all about building on what came before.

“The whole history of American cookbook publishing is based on borrowing and sharing,” said Bonnie Slotnick, the owner of Bonnie Slotnick Cookbooks, an antique bookstore in the East Village of Manhattan.

Amelia Simmons’ “American Cookery,” published in 1796 and considered one of the first American cookbooks, is riddled with recipes copied from British cookbooks. In the ensuing years, white authors took recipes from Black cooks and passed them off as their own. Even the pioneering American cookbook author James Beard regularly published recipes taken from his colleagues, without giving credit.

As recipe development became a full-time profession in recent decades, authors started getting litigious about perceived plagiarism. In a 1996 lawsuit, Meredith Corp. accused Publications International Ltd., of publishing recipes from its cookbook “Discover Dannon: 50 Fabulous Recipes With Yogurt.” A court ruled that recipes and instructions were not covered by copyright law.

Bailey said many cookbook authors are used to the free exchange of ideas on social media, and may not be conscious of the importance of giving credit. “It has become so tempting in this environment to just take rather than to create,” he said.

The law views a recipe merely as a factual list of ingredients and basic steps rather than as creative expression. The introductions, photography and design that accompany a recipe can be covered by a copyright, as can the cookbook as a whole, or a specific sequence of recipes, said Sara Hawkins, a business and intellectual property lawyer in Phoenix.

If the instructions are written with enough literary flourish, she said, they may be sufficiently creative to be copyrightable.

When the nation’s copyright law was first codified in 1790, cooking was seen as a woman’s domestic responsibility rather than as a professional activity, Hawkins said. Written recipes are a relatively new invention; many cultures passed down culinary traditions orally.

While the technology and music industries have pushed successfully to change copyright law in their fields, “there is not a big powerful lobby to push anything through for individual recipes,” she said.

As a result, some cookbook authors feel less willing to publish their treasured recipes.

“When you feel like your stories, your work, your investment ends up benefiting people who are already higher up in the hierarchy of fame, it tempts me to go to a place I don’t want to go, which is to hoard knowledge,” said Leela Punyaratabandhu, who has written three Southeast Asian cookbooks.

Punyaratabandhu said she felt more vulnerable to recipe theft as a Thai person documenting traditional Thai recipes. People see her as simply sharing long-held knowledge, she said, “although I spent the time and expense testing the recipes to come up with what I think is the best formula. My role has been reduced to just the translator.”

But when a white author develops Thai recipes, she said, “these people are considered scholars because they come from a different culture.” (On the other hand, they may be accused of another type of unethical borrowing — cultural appropriation.)

Recipes undergo “depersonalization” throughout the publishing process, she said, making it harder to argue that they should be protected. “The instructions have been standardized to the point where everyone is speaking the same voice,” she said.

To guard against recipe theft, cookbook author Andrea Nguyen maintains a “Permission” section on her website, with clear instructions for how to republish her recipes with credit. Many others do the same.

Nguyen said publishers must bear some responsibility in ensuring their cookbooks are wholly original. “So many books are being pushed out right now that publishers are racing to the release line,” she said. “There is little time for, frankly, auditing the book. You have editors that may not be deeply immersed in the subject matter.”

But Michael Szczerban, the editorial director of Voracious, an imprint of Little, Brown and Co., said it is not the editor’s job to be an authority on the cookbook’s subject. “It is my role, I feel, to read critically, to ask questions, to help illuminate for an author areas they might not have thought through,” he said. Authors are chosen for their expertise, and are contractually required to submit original work.

He said placing copyright protections on recipes would harm the genre.

“I think it is a good thing in the world that many people have different ways for making chocolate chip cookies,” Szczerban said. “I have more examples in my memory bank of people who have kind of furthered the culinary arts by engaging with other people’s recipes and bringing their own transformation to them than people who have ripped other people off.”

Bailey, the copyright expert, said the lack of legal protections for recipes may help explain why so many cookbooks now have creative elements like narrative essays and beautiful photography, both of which can be copyrighted. “I think this is a situation where the law has shaped recipes, far more than recipes have shaped the law,” he said.

“The purpose of a recipe is for someone else to make it, not for you to have some trademark on it,” said Jenné Claiborne, the author of “Sweet Potato Soul.” Readers tend to step in if they see that a recipe is stolen, Claiborne said. Even if the cookbook stays in print, the offending author’s reputation will be damaged.

Klancy Miller, who wrote “Cooking Solo” and founded “For the Culture” magazine, questioned how original any recipe can truly be. “Isn’t there just one platonic version of X,” she said, “and we are all just making modifications, some of us better than others?”

Still, the furor over the cookbook “Makan” made her worry that at some point, she had been subconsciously influenced by another author without giving credit. “For people who have been plagiarized, I empathize with them,” she said. “But I also think, like, what if we have all done it a little bit?”

There have been attempts to set standards for borrowing recipes. As a student at Le Cordon Bleu cooking school in Paris, Miller was taught she had to change six elements of a recipe before it could be considered a new one. In “Jubilee,” a 2019 cookbook about African American foodways, author Toni Tipton-Martin explicitly tells readers to adapt the recipes, and includes historical versions of those recipes in the margins — attributed to the authors — so readers can understand how each dish evolved.

Judy Pray, the executive editor of Artisan Books, said she asks her authors to err on the side of crediting, in the introduction to a recipe, anyone who may have inspired the dish. “It is up to those of us who could be considered gatekeepers to try to create those norms,” she said, “or start to enforce those norms.”

That includes the people cooking the recipes.

Thanks to the outpouring of support from cookbook enthusiasts, the British book “Growing Up in a Nonya Kitchen” is being reissued, and Wee is working on a 10th anniversary version to be released next year.

Nguyen said she hoped the public response taught those in publishing an important lesson: “It is still readers who hold the power.” 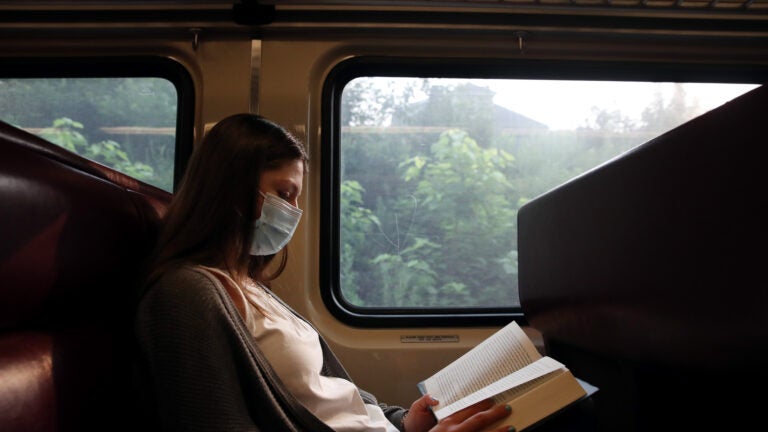