“Sergeant Johanny Rosario Pichardo is a hero to her family, her friends, her community, and her country,” Congresswoman Lori Trahan said in a statement. “Not a day goes by that her absence isn’t felt by those who had the honor of knowing her and many more who didn’t but remain deeply grateful for the sacrifices she made.”

Rosario Pichardo, 25, and a dozen other service members were killed by an ISIS-K affiliated suicide bomber on Aug. 26 at the Hamid Karzai International Airport in Kabul as they assisted in evacuating people amid the Taliban seizing power in Afghanistan.

The attack made for the “deadliest single day” of the war for the United States in over a decade, according to the legislation. In total, as many as 200 people were reported killed in the explosion.

“The American servicemembers went above and beyond the call of duty to protect citizens of the United States and our allies to ensure they are brought to safety in an extremely dangerous situation,” the bill states.

“These heroes lost their lives while serving our country and we will never forget their sacrifice,” Sen. Elizabeth Warren, who co-sponsored the measure in the Senate, wrote on Twitter.

According to the Senate, the gold medals are Congress’s “highest expression of national appreciation for distinguished achievements and contributions by individuals or institutions” and date back to the American Revolution.

“The awarding of the Congressional Gold Medal, the highest award that Congress can bestow, is the least we can do to honor all Sergeant Rosario Pichardo did to save the lives of countless Americans and Afghan allies,” Trahan said. “It will serve as a reminder of the life of service she lived and the obligation each of us shares to carry on her legacy each day.”

“I’m grateful to my colleagues on both sides of the aisle who were instrumental in passing this legislation and to President Biden for signing it into law. Sergeant Rosario Pichardo’s sacrifice will never — and must never — be forgotten,” Trahan added. 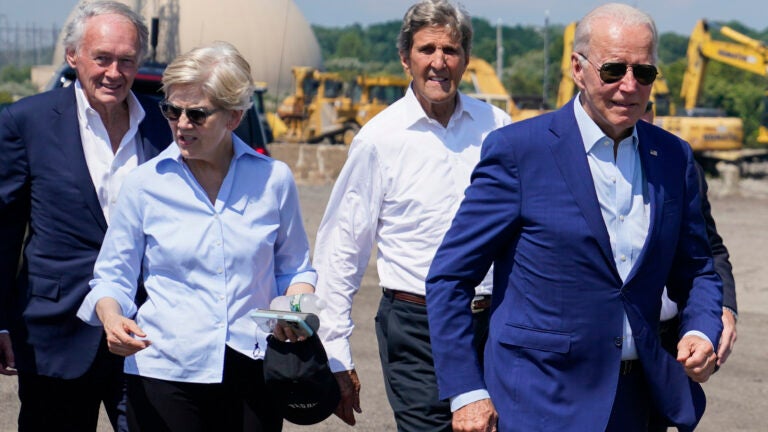