A significant piece of President Joe Biden’s domestic agenda has come to an end. The monthly expansion of the existing child tax credit expired last month after Congress failed to extend it.

Since July, the federal government has sent the families of 61 million children monthly payments of $300 per child younger than 6, and $250 per older child. Democrats’ roughly $2 trillion Build Back Better spending bill, which would have renewed the expanded credit into this year, has not cleared Congress and may never. When the policy first passed in March, many experts hailed its potential to cut child poverty and hunger, and many Democrats hoped regular cash in families’ pockets would prove wildly popular.

But the public’s appraisal has been less glowing. While polls about last year’s expanded credit found it to be popular on net — most showed it with approval in the 50s — it lagged behind the popularity of lowering costs for prescription drugs, expanding Medicare and other policies that Democrats are seeking to pass. As the party continues to debate whether and how to resurrect the expanded credit, polls generally suggest that Americans have reservations about making it a more lasting fixture of the social safety net.

That lukewarm reception has dismayed those across the political spectrum who advocate more generous aid to families.

“I have been kind of surprised that this has not been as popular as many of us expected that it would be,” said Brad Wilcox, a University of Virginia sociologist and senior fellow at the Institute for Family Studies, a conservative think tank.

Why wasn’t it? Experts offered several theories, ranging from how the credit was passed to Americans’ deeply rooted beliefs about who deserves government support.

One possibility is that the pandemic, which helped make the expanded credit a reality, has also limited its support. Democrats first passed the program as part of Biden’s $1.9 trillion pandemic relief bill, framing it as a much-needed boon in a time when most Americans said they welcomed more robust action by the federal government.

But at least so far, the pandemic does not seem to have fundamentally reordered Americans’ views about the role of government. As economic indicators improve and concerns about rising prices replace recession blues, the expanded credit may be a casualty of sliding public support for more federal help. A July Hill-HarrisX poll that described the program as a “pandemic stimulus measure” found that 60% of voters (including 47% of Democrats) thought it was “too expensive and no longer needed” compared with 40% who wanted to see it extended until 2025.

Who is it helping?

As expected, Democrats support Biden’s expanded credit at far higher rates than Republicans, with independents about evenly split, but attitudes also vary across other dimensions. While younger Americans — who are more likely to be parents receiving the credit — tend to approve of it, many older Americans do not. That could be because they tend to view new expansions of the social safety net as threats to funding for Social Security, Medicare and other programs that benefit seniors, said Andrea L. Campbell, a Massachusetts Institute of Technology political scientist who studies public opinion and social policy.

Older Americans are also less likely to take care of children, which could further explain their tepid support. Benefits that aid Americans across their entire lives tend to outpoll policies like universal prekindergarten or the expanded credit, which help Americans only when they are raising children, notes Ethan Winter, a senior analyst at the progressive think tank Data for Progress and a pollster for Fighting Chance for Families, which advocates extending the credit.

“There’s actually this nice correlation, if you look at all these items, between how long does this benefit support you during your life cycle and how popular it is,” he said.

It may also be that the credit has proved underwhelming. Parents have largely spent the money on school expenses, food and other household costs, according to a survey conducted by the Census Bureau. Yet in an NPR/Marist poll released last month, just 15% of respondents who received payments said they had helped their families “a lot” compared with 64% who said “a little.”

And although polls often find support for policies that benefit families and children, they may not be most Americans’ top priority. In a December Morning Consult/Politico survey, just 14% of voters said renewing the credit was among the most important elements of the Build Back Better spending bill. They ranked most of its other provisions — including allowing Medicare to negotiate drug prices and funding for affordable housing — higher.

It is also possible that the expanded credit is struggling to overcome Americans’ deep-seated beliefs about who deserves government help and who does not. Broad evidence suggests that many are skeptical of programs that provide cash without conditions.

Parents who do not pay income taxes can access the credit. While many experts doubt the program nudges large numbers of recipients to leave the workforce, some disagree — and polling suggests that Americans overwhelmingly support work requirements for adults who receive government benefits in some or all cases. (Social Security and Medicare, nearly universal programs that Americans pay into via taxes before receiving benefits later in life, are rare exceptions, Campbell said.)

An August YouGov survey conducted for American Compass, a conservative think tank, found that increasing the value of the credit, making it available monthly and sending it to households without a working adult were all popular policy changes but that sending it to nonworking families was the least popular of the three. And most Republicans, independents and voters without a four-year college degree whose households earn between $30,000 and $80,000 did not favor permanently sending payments to nonworking families.

Proponents of the expanded credit counter that it was designed to reach a wider array of families, including those who stay at home to raise children.

“What about the grandparents that are out there taking care of kids?” said Rep. Rosa DeLauro, D-Conn. “What about the disabled who have kids? Should they not get this?”

Yet fears that some might abuse the credit may also be sapping support for it. In focus groups organized this year by the Institute for Family Studies, Wilcox’s think tank, even some participants who stood to benefit from the credit argued that others might spend it on vacations, have more children to maximize its value or become dependent on government support.

Criticisms of unconditional benefits often stigmatize poorer Americans and single parents or are influenced by racist tropes, as with the stereotype of the “welfare queen.” Yet the skepticism appears broadly held.

“People wildly overestimate the amount of abuse and fraud in various kinds of social programs,” Campbell said. “But it just strikes people as plausible.”

Republicans, some of whom have attacked the expanded credit as “welfare,” have reinforced this notion for decades. But so have some Democrats.

“This is something that’s been in our bones for a long time,” said Patrick T. Brown, a fellow at the conservative Ethics and Public Policy Center who helped set up the Institute for Family Studies focus groups.

Those ingrained attitudes could be limiting support for Biden’s credit. They may also explain why congressional efforts to extend it have failed so far. Sen. Joe Manchin, D-W.Va., whose vote is most likely needed to pass any bill to do so, holds deep reservations about the program and has floated adding work requirements.

Republicans in Congress unanimously oppose Build Back Better. While some — including Sens. Marco Rubio and Mike Lee — support a more generous child tax credit, they have criticized Biden’s expansion because it lacks work requirements. Other Republicans argue that extending the credit long-term will increase the federal deficit. And some say it has helped drive inflation higher (many economists doubt it has played a big role).

If Congress does not renew the expansion, the child tax credit will revert to its less generous, pre-Biden amount — no longer accessible to families who do not work, and no longer available as advance monthly payments rather than as an annual credit. Many experts expect poverty, which affected about 16% of children in 2020, to rise.

Polling is an imperfect gauge of public sentiment. Some Democratic pollsters have found higher levels of support for the expanded credit when it is described as a tax cut for working families. If Congress does renew the program, tailoring it to critics’ concerns could boost its popularity. Some advocates of the credit propose more narrowly targeting it to lower-income families, which some polling suggests would increase its support. Others favor a monthly cash benefit for families administered through Social Security, as Sen. Mitt Romney, R-Utah, has proposed.

Campbell doubts tinkering is the solution.

“The public does not know policy details,” she said. “They only know broad-brush aspects of these policies. And so tweaking policies on the margin or thinking that a work requirement will make it more popular, I don’t think that’s a magic bullet.”

Alternatively, a renewed credit might gain support if more Americans came to view it as a reliable plank of the social safety net. Although all but the wealthiest families are eligible for the expanded credit, language barriers, unstable housing and other hurdles appear to have made it harder for many Hispanic and low-income households to access it. Fixing those administrative burdens could grow the program’s constituency.

Or perhaps a future political fight over the credit will reorient public opinion. The Affordable Care Act, passed in 2010, did not become consistently popular until seven years later, when former President Donald Trump and congressional Republicans tried and failed to repeal it. A record number of Americans have signed up for health plans through the law for 2022.

Whether Biden’s child tax credit is renewed or not, any change in how the public feels about it will probably take time to emerge.

“We’re only a few months into what I think is a pretty large natural experiment,” Winter said. “We might just have to wait and see.” 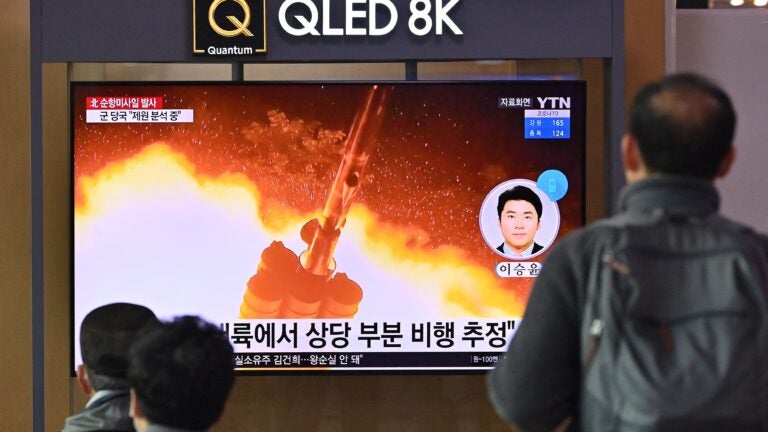 Why Is North Korea Suddenly Launching So Many Missiles?