A fire overwhelmed a crowded Philadelphia row house Wednesday morning, killing at least 12 people in one of the deadliest residential fires in the nation’s recent history. Officials said eight children were among the dead.

There were 26 people in the row house, which had been converted into two apartments, at the time of the fire, said Craig Murphy, first deputy commissioner of the Philadelphia Fire Department. Two people were taken to nearby hospitals, he said.

The fire’s death toll is greater than a Philadelphia house blaze in 2008 that killed seven people and the 1985 police bombing of members of the group MOVE, which killed 11 people and burned down 61 homes in a West Philadelphia neighborhood.

Many details about the fire, including a cause, remain unclear. Here’s what we know.

What happened at the row house?

The Philadelphia Fire Department responded to “heavy fire” from the second floor of a building in the city’s Fairmount neighborhood at about 6:40 a.m. It took firefighters about 50 minutes to get the fire under control, the department said.

Laurie Roma, who lives across the street from the building, said she woke to screams.

“When I looked outside,” Roma, 44, said, “I saw orange flames coming out of the second-floor windows, and there was a man screaming for help.”

Roma said no one answered when she dialed 911, but that firefighters arrived two minutes after her call. A spokesman for the city said 911 had received the first calls about the fire at 6:36 a.m. and fielded dozens of calls after that.

The century-old, three-story brick row house belonged to the federally funded Philadelphia Housing Authority, which bought it in 1967, according to property records. More than 80,000 people in Philadelphia live in its homes, according to the agency.

What caused the fire?

Murphy said the cause of the fire was under investigation.

“We have all hands on deck because of the magnitude of this fire,” he said.

What do we know about the victims?

Officials had not provided the victims’ names or ages by Wednesday night but said eight of the 12 people killed were children.

Jacuita Purifoy told reporters Wednesday afternoon that the children were her nieces and nephews, and that three of her sisters had also died in the fire.

The mayor’s office said firefighters were able to rescue one child from the row house, but that the child did not survive.

Why were there so many people inside the building?

Dinesh Indala, executive vice president of housing operations at the housing authority, said it was unclear why 26 people were in the building.

“It’s the holidays — I don’t know if they had people coming and visiting,” Indala said. “I have no idea.”

Mayor Jim Kenney urged the public to think about the circumstances that may have led to so many people staying in the building at the time of the fire.

“Sometimes it’s better for people to be indoors than on the street,” Kenney said. “Maybe there were people or relatives that needed to be sheltered.”

He added, “We can’t make judgments on the people in the house because sometimes people just need to be indoors.”

Were the building’s smoke detectors working?

At least four smoke detectors in the row house did not go off during the fire, Murphy said.

During the most recent inspection of the B unit of the building on May 5, 2021, Indala said, six smoke detectors and three carbon monoxide monitors were working. The agency, which inspects its properties annually, replaced smoke detectors in the unit during an inspection in September 2019, he added.

In the last inspection of the A unit on April 23, 2021, there were seven smoke detectors and three carbon monoxide monitors in the apartment and two more were installed, Indala said.

He said he did not know what caused the smoke detectors to stop working. 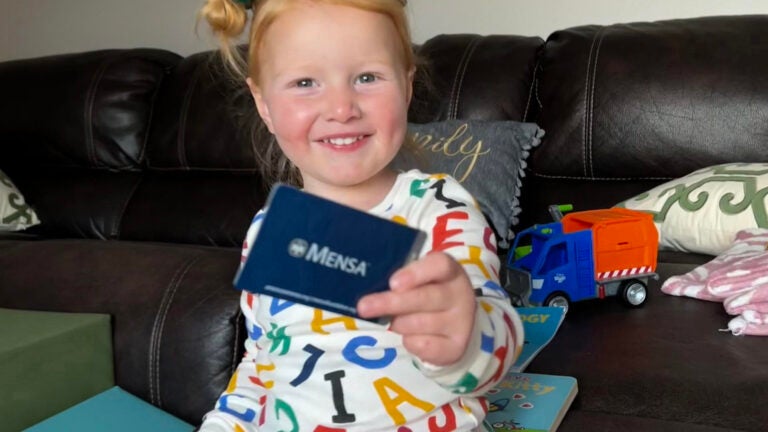 She’s 2½. She took an IQ test and just got her Mensa membership card.