The 20-ton buoy in Key West, Florida, is a shrine to the quirky city at the southern tip of the continental United States, a Cold War-era object that has long been a tourist attraction and the pride of residents.

So community members were naturally upset when a pair of young men in shorts and backward caps were seen in security camera footage setting fire to the Southernmost Point Buoy in the dark morning hours of New Year’s Day.

But the locals were outraged about something else that also violated Key West’s laid-back sense of island community: One of the tourists didn’t tip their bartender.

The lack of gratuity on three separate drink orders was viscerally upsetting to many locals, especially since the regional economy depends on an army of low-wage workers in the service industry who are trying to live in an expensive tourism hub that is only 2 miles by 4 miles but welcomes about 3 million visitors a year.

And it also appears to be what did the pair in.

Video of the burning spread on social media. In it, two men can be seen rolling a Christmas tree up to the buoy. One glances around, and the other crouches and lights the tree. Within seconds, the tree is a conflagration. The man glancing around flashes a rock ’n’ roll salute in front of the fire as his companion appears to snap photos.

Like many Key West residents, Cameron Briody saw the footage the next day. Briody, a bartender at Irish Kevin’s, a popular bar on the city’s main drag, Duval Street, immediately recognized the men. He did so because they were the only people Briody had served that night who did not tip him, according to a police report.

“Tipping is very important, as it is everywhere, but particularly here,” Mayor Teri Johnston said in an interview, explaining that Key West is filled with people who each work at several jobs to try to make a living. “Our service workers go out of their way to make sure you’re having a good time.”

One of the drinks was paid for with cash, but the other two were bought with credit cards, leaving a paper trail. Briody contacted the bar’s general manager, Daylin Starks.

They matched time stamps on the card slips with video footage of when the men were at the counter and tracked them through the bar, Starks said. The bar’s cameras also recorded scenes of what appeared to be the men being rejected by young women they had approached, Starks said.

People are “more memorable if they leave you a big tip or not a tip at all instead of a normal tip,” Starks said. “Of all the people Cameron served that night, it just so happened that these were the only people to not leave him a tip at all.”

The men in the bar video were the same ones who lit the Christmas tree, Starks and the police said. They left the bar around 1:50 a.m. on New Year’s Day, and the Southernmost Point Buoy fire occurred around 3:20 a.m., the police said.

The police identified the duo as Skylar Rae Jacobson, 21, of Texas, and David Brendan Perkins, 22, of Leesburg, Florida. The police said they had obtained felony arrest warrants for both men on suspicion of criminal mischief with more than $1,000 in damage. The two men did not respond to requests for comment by phone and text message.

According to the police report, the men confessed over the phone when reached by an investigator. Perkins said that the men had found the tree on Duval Street around 2:30 or 3 a.m. and that they had no intention of damaging property, according to the report. They used a lighter to start the fire and did not add any fuel, the report states. Perkins called it “a colossal mistake,” the report said, while Jacobson said they “weren’t thinking.”

The Conch Republic, the name adopted in the city’s tongue-in-cheek 1982 secession from Florida that has turned into the city’s playful alter ego, is forgiving. Some of its denizens, like Jim Gilleran, a boat captain and bar owner who calls himself the republic’s secretary of state, don’t want the pair to do jail time.

Key West citizens “are not a vindictive people,” he added, calling for “emotional healing.”

But it appears the Conch Republic’s restorative-justice philosophy clashes with that of the state of Florida.

“When I saw the video the following morning,” Dennis Ward, the state attorney who oversees Key West, said in an interview, “I went, ‘Wow, look at these morons.’”

Ward estimated that 35-40% of Key West’s prosecutions involve tourists. Drunken driving. Fighting. A case a few years back involving someone who manhandled a pelican.

Slaps on the wrist don’t serve as deterrents, Ward said. Like Gilleran, he wants the buoy incident to be a teachable moment for the young men, Ward said.

“Yeah, I like to use things as a teaching experience,” he said. “Like, you come down here and you do this? You’re going to do some jail time.”

Ward said he would recommend some time for the two, though he wasn’t sure how much and said that a sentence would ultimately be a judge’s decision.

The buoy has been restored, at a cost of about $5,300, according to Patti McLauchlin, the city manager.

It’s been battered before, by Mother Nature. Hurricane Irma’s storm surge in 2017 pounded it, leading to a shiny new paint job from the original artist. But McLauchlin said the buoy had not been vandalized until now.

Starks said it was not unusual for people in their early 20s not to tip. She said the negative attention the two men had received had been its own form of punishment. She, too, would like to see them do community service, but in Key West, not their hometowns.

“We all do dumb stuff when we’re kids,” she said. “I know this is a little more than most do, but you have to remember they were 21 and 22.”

She added, “If the judge is open to it, Cameron and I could use a lot of landscaping right now.” 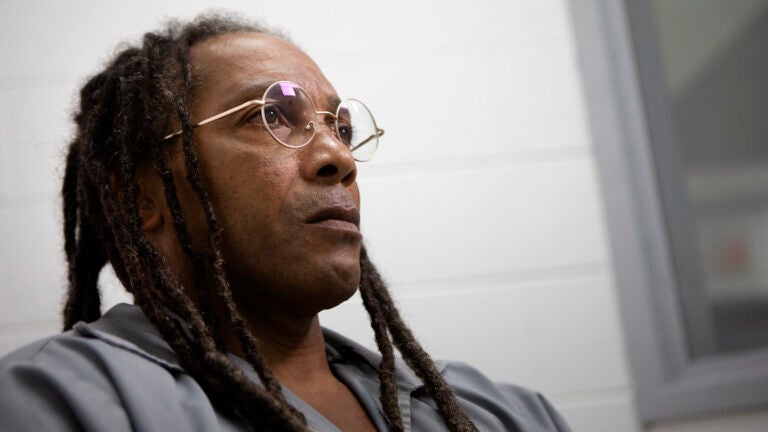