It was 2016, and Abraham Rodriguez received a text message that made him light up. It was from his friend Nik Pappaconstantine, who had just picked up a new toy: a sleek, speedy dirt bike — perfect for back-road riding in Lewiston, the small city in Maine where they lived.

Rodriguez had just turned 50 and had arrived in Lewiston a year or so before with nothing. He met Pappaconstantine, who worked at a local bank, when he came in to set up his first-ever bank account, and the two men grew close. They bonded over a shared love of cars and adventure sports, and when Rodriguez saw the text, he bolted over to try out the new bike.

They carted the motorcycle to the woods, and Rodriguez hopped on. He revved the engine, popped a wheelie and rode it for a quarter-mile. Then he turned, popped another and rode it back, slipping through the empty, wooded field like a professional street rider.

Pappaconstantine was stunned. But Rodriguez laughed it off.

“I used to ride bikes back in the day,” his friend recalled him saying.

At the time, Pappaconstantine brushed off the remark. It would be years before he learned that Abraham Rodriguez was not the man’s name; his friend with the trick skills was actually Alberto (Alpo) Martinez, one of New York City’s most notorious cocaine dealers of the 1980s.

Five years after he tore through that Maine field on a dirt bike, Martinez’s wild ride ended on Halloween in Harlem, when he was shot and killed through the window of a lifted pickup that he drove into the city from Maine.

The end was as dramatic as the rest of Martinez’s life. As a young man in Harlem, Martinez rocketed to infamy as one of the flashiest, most successful cocaine dealers during the height of the drug’s popularity. His fall, though, was swift: He murdered one of his best friends, expanded his business to Washington, D.C., and by 1991 was arrested and charged in a drug trafficking case. He would later inform on scores of associates as a federal witness.

Now, as the police investigate his murder, they say they are running into an unusual problem: An awful lot of people wanted to see Alpo Martinez dead.

“No shortage of suspects,” one senior law enforcement official said at the time of the killing. “Part of the difficulty may be too many suspects with too many motives.”

In the aftermath of Martinez’s death, friends and neighbors who knew him in Lewiston have clammed up, unsure how to feel about the man they knew as a kind, affable friend.

“He was the nicest neighbor,” said Marissa Ritchey, who was smoking a cigarette in an icy parking lot Saturday and throwing a ball for her dog. “He was always polite, nice with the dog.

“You never would have thought anything,” she said. “He was one of the decent ones. He’d help the old people take their trash out.”

In Lewiston, Martinez’s killing was a bizarre, dark blip in a former mill town of about 36,000 people nestled between Portland and Augusta on the Androscoggin River.

“There certainly was some buzz around town,” the Lewiston mayor, Carl Sheline, said of Martinez’s death. A convicted murderer from New York City, he said, was “not your average neighbor” in town.

“Who would have thought that?” said a neighbor, Harold Hanlon, who had a friendly relationship with the man he knew as Abraham. “I was just as shocked as the next person when my neighbor goes, ‘Hey, Abraham got killed.’ What?”

Even in death, a coherent picture of Martinez’s double life — which was once the subject of a Hollywood movie — proves elusive. He was both a loyal confidant and one of the most infamous turncoats in New York lore. He was a kind friend and an admitted, ruthless killer; a selfless neighbor and a man so loathed in Harlem that former friends popped Champagne in the streets to celebrate his violent end.

“He died almost like a comic book villain,” said Kevin Chiles, a reformed cocaine dealer and former friend of Martinez’s from Harlem. “He antagonized fate.”

The path that led Martinez from New York to Lewiston and then back — to his death in the neighborhood where he made his name — began more than 30 years ago. Nicknamed “The Mayor of Harlem,” Martinez rose to fame as a kingpin of the crack cocaine era, known for luxury cars and loud street bikes ripping wheelies down entire city blocks.

“He was an attention seeker and an adrenaline junkie,” Chiles said. “You have to figure, we were all young adults, teenagers, and we had more money than we knew what to do with.”

But even in an illicit business, Martinez’s ruthlessness stood out. In 1990, he orchestrated the killing of a close friend and fellow dealer, Rich Porter.

The killing was the beginning of the end of Martinez’s reign. He was arrested less than a year later after attempting to expand his cocaine empire to Washington, D.C. Facing drug-trafficking charges, Martinez — one of Harlem’s hardest players — agreed to become a federal witness and pleaded guilty to contracting seven murders. His testimony would decimate the D.C. metro area’s cocaine infrastructure.

“He’s killed people for less than what he ultimately turned out to be and do,” Chiles said.

The betrayal would later be set to film in the movie “Paid in Full,” which followed fictionalized versions of Martinez, Porter and another kingpin through Porter’s killing.

Martinez’s real-life arrangement earned him a mitigated sentence and a place in the federal witness protection program. The program, which officials routinely note has a 100% success rate of keeping witnesses safe when they adhere to its rules, requires participants to completely leave behind their old life, identity and contacts.

Released on parole in 2015 with a new name — Abraham Rodriguez — Martinez started over in Lewiston, the kind of place where people mind their own business and do not tend to pry, said Shawn Gummo, an owner of a local construction company.

Shielded by the program, Martinez flourished. He got his commercial driver’s license and started working for Walmart, and played basketball with teenagers in the area. With the help of Pappaconstantine, he set up in an apartment and was a well-liked neighbor.

By 2017, Martinez had started his own construction business, founding his own LLC and working in construction cleanup. He often worked south of Lewiston, said Gummo, who added that some members of his crews knew Martinez while he was living under his assumed identity.

Hanlon, who lived next door to the six-unit apartment building on College Street where Martinez stayed, said he never suspected anything.

“Both of us owned Dodge trucks, so we’d give each other rides to the dealership for repairs and stuff like that,” Hanlon said. “It was a cordial relationship. He just came in and out; he didn’t hang around here too much. He was a nice enough fellow.”

Still, Martinez’s old life and legacy beckoned. Almost as soon as he got out of prison, Martinez reached out to Chiles through a mutual friend. He said he wanted to explain himself and what had happened in 1991. Soon, he was regularly returning to Harlem.

“There were these sightings, almost like Bigfoot,” Chiles said. “People would say that they’d seen him.”

A Search for Redemption

Martinez’s trips to Harlem would have almost certainly been a violation of his witness protection arrangement. (The U.S. Marshals, who operate the witness protection program, did not comment for this story.) Those who knew him in his post-incarcerated life said he seemed to have been kicked out of the program around the same time that he started returning to the city.

“He apparently had somehow messed up the conditions of witness protection back in 2018,” Pappaconstantine said. “He would ride down to New York with somebody else. He was always worried about the government watching.”

Around the same time, Martinez also appeared to capitalize off his notoriety. In a YouTube clip from 2019, Martinez takes film director Troy Reed to the corner where he says he killed Porter.

“It happened right here. At this light,” Martinez says in the video clip, leaning his head against the car window. “I grabbed the gun from my little man and put one in his head.”

By 2020, Abraham Rodriguez had largely disappeared from Maine. Alpo Martinez was once again a fixture in Harlem.

What ultimately got Martinez killed in the early hours of Halloween remains a mystery. Some say the killing was a belated meting of long-sought street justice for testifying against so many former associates. Others posit that Martinez was killed over a girl or simply found trouble the same way he always had: He was cocky and ambitious and angered the wrong people.

A senior law enforcement official said investigators now believe that Martinez likely was back in the drug trade in Harlem. When the police discovered him dead in his truck last year, a trail of heroin packets led from his open window down the street, the official said — as if he had tossed the drugs out of the car in a panic.

For those like Pappaconstantine, who only learned the true identity of Martinez just before his death, his demise feels complicated.

“I want to sit here and say I know that he was fully genuine all the time,” Pappaconstantine said, struggling to articulate his feelings on his former friend. “You take somebody you know unbelievably well, and then you read this thing, and it doesn’t connect.”

But to Chiles, Martinez was never going to start over; it was always going to end in Harlem.

“He wanted to peg his hat on redemption,” said Chiles, adding that Martinez’s thirst for his former glory may also have played a role. “He’s a narcissist beyond anything that I could put my finger on. He needed that attention.”

In a scene that now feels foreboding, Martinez’s character in “Paid in Full” spends the final scene agreeing to cooperate with federal agents.

“I’m not snitching on nobody in Harlem,” Martinez’s character says. “’Cause when I come home, I’m still gon’ be the king.” 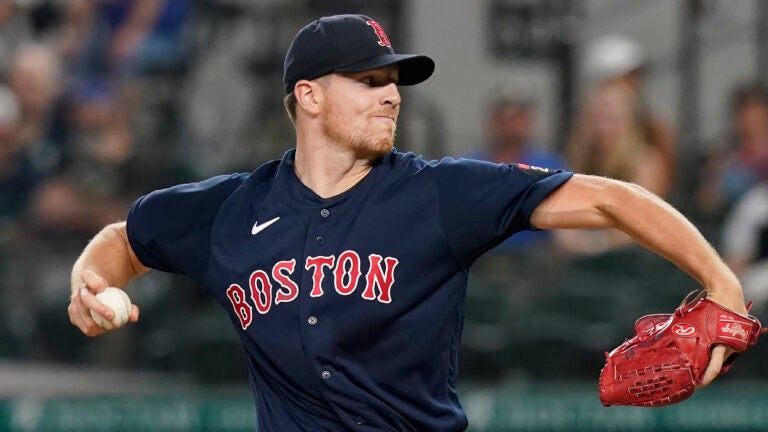