Kayla and Nathan Dahl were fast asleep when their toddler approached their bed one recent morning to utter two of the few words he knows so far – words that would save his family from danger.

“Mama, hot,” Brandon, who turns 2 on Sunday, said while tugging his mother’s foot.

Initially, Kayla, 28, said she thought her son just wanted his pajamas removed. But seconds later, she realized what her youngest child was trying to tell her: The family’s one-story colonial house in Alvord, Texas, was engulfed in flames.

None of the smoke detectors in their home went off. And the Dahls, who had recently tested positive for the coronavirus, hadn’t been able to smell the smoke filling their home.

“We were still recovering from covid, so neither of us had our sense of taste and smell,” Kayla told The Washington Post in an interview.

In a matter of minutes, the couple and their five children managed to escape uninjured through the front door. But their entire house was consumed by the flames, Kayla told The Post.

“It’s going to be a long, hard road to get to be where we need to be and to replace those material items,” she said. “But at the same time, if it wasn’t for my son’s guardian angel that morning, I don’t know where we would be.”

The morning of Jan. 15, Brandon was not sleeping in the room he shares with one of his older brothers, Kayla said. He was not feeling well the night before, so the toddler slept in the living room that connects to his parents’ bedroom, where they could better monitor him.

Around 4:30 a.m., Brandon managed to escape the living room, which was already filled with flames, to alert his parents of the fire.

“Somehow, by the grace of God, he was able to make it out of our almost fully engulfed living room into our room,” Kayla told The Post. ” . . . It’s a miracle from God that he was able to do that.”

After Brandon woke Kayla, she saw tall flames spreading toward their bedroom, she said. “At that point, I thought: ‘We have to get our kids and get out.’ “

Kayla grabbed her cellphone to call 911 and ran out of the house while her husband – a 33-year-old volunteer firefighter – got Brandon and his four siblings to safety.

Although the smoke detectors, which the couple says they had recently checked, did not go off, Kayla said the family had practiced fire drills and escape routes for each room.

Once outside, the family stood at their neighbor’s home while waiting for firefighters to arrive, Kayla said. By then, the blaze had spread throughout the three-bedroom home they had lived in for almost six years. The family’s car and truck were also lost in the fire, Kayla said.

The couple and their children are now staying with family until they find a rental home. They are borrowing vehicles from friends and family to run errands. Kayla’s best friend set up a GoFundMe page to help the family with immediate expenses.

Next weekend, the Dahls are planning to host a small party for Brandon. The toddler will be surprised with a “Baby Shark” cake.

“I don’t think he quite understands the impact of what he did and the good thing that he is,” Kayla said. “But he is relishing the abundance of attention. If we go to Walmart or the gas station and somebody recognizes us from the news, they’ll pat him on the back and try to shake his hand [saying], ‘You’re a hero! I’m so happy to meet a hero!’ “ 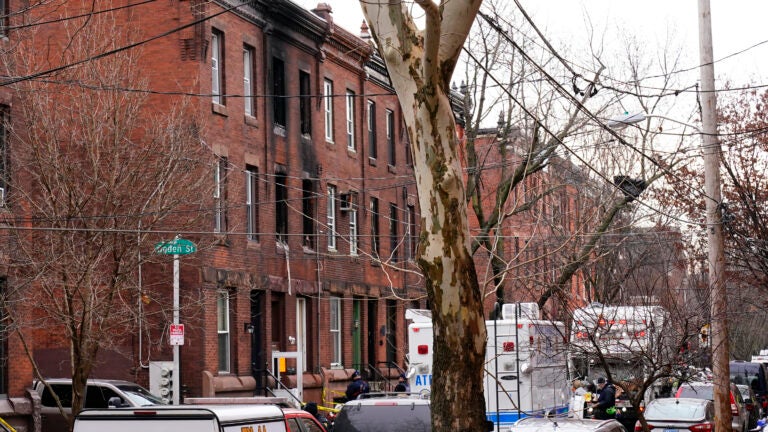