After the Senate voted unanimously and with little discussion Tuesday to make daylight saving time permanent, the American Academy of Sleep Medicine issued a statement cautioning that the move overlooks potential health risks associated with that time system. (The legislation, which would take effect next year, must get through the House and be signed by President Joe Biden to become law.)

“We do applaud stopping the switching during the course of the year and settling on a permanent time,” said Jocelyn Cheng, a member of the AASM’s public safety committee. But, she added, “standard time, for so many scientific and circadian rationales, should really be what permanent time is set to.”

The AASM made this stance clear in 2020 when it released a position statement recommending that the country institute year-round standard time. Its reasoning, in part, is that standard time is more closely associated with humans’ intrinsic circadian rhythm, and that disrupting that rhythm, as happens with daylight saving time, has been associated with increased risks of obesity, metabolic syndrome, cardiovascular disease and depression.

Although some experts have called for more research before deciding on a permanent time while others questioned the push for year-round standard time, the AASM statement received backing from more than a dozen other organizations, including the National Safety Council and the National Parent Teacher Association.

Tuesday’s vote comes amid a growing nationwide push for permanent daylight saving time. Though critics have cast doubt on the purported energy-saving benefits, advocates argue that it promotes public safety, with evidence linking the extra daylight in the evenings to a decrease in crime. But many sleep experts say that those in favor of more light in the late afternoons and evenings may not be considering the costs.

“The Senate has finally delivered on something Americans all over the country want: to never have to change their clocks again,” said Sen. Patty Murray (D-Wash.), who spoke on the Senate floor after the vote. Murray co-authored the bipartisan legislation with Sen. Marco Rubio (R-Fla.), among others.

“No more dark afternoons in the winter,” Murray said. “No more losing an hour of sleep every spring. We want more sunshine during our most productive waking hours.”

“We have all enjoyed those summer evenings with seemingly endless dusks,” said David Neubauer, an associate professor of psychiatry and behavioral sciences at Johns Hopkins University. But daylight saving time “does not ‘save’ evening light at all, it simply steals it from the morning when it is necessary to maintain our healthy biological rhythms.”

Although the AASM noted that chronic effects of permanent daylight saving time have not been well studied, it highlighted some research that found “the body clock does not adjust to DST even after several months,” which could result in a permanent discrepancy between the environmental clock and the body clock.

While no time system will be perfect for everyone, making daylight saving time permanent would lead to a greater number of dark mornings than we have now, said Phyllis Zee, chief of sleep medicine at Northwestern University’s Feinberg School of Medicine.

“With daylight saving time, we are perpetually out of synchronization with our internal clocks and we often achieve less nighttime sleep, both circumstances having negative health impacts,” Neubauer said. “Extra evening light suppresses the melatonin that should be preparing us for falling asleep. The later dawn during daylight saving time deprives our biological clocks of the critical light signal.”

Experts say circadian misalignment has been associated with adverse effects on cognition and mood as well as cardiovascular and metabolic function, for instance, increasing the risk of heart disease, diabetes and obesity. “It’s really not a good thing to have your internal body clocks out of sync,” Zee said. “Imagine being in jet lag a lot of the time; it can’t be good for you.”

The current enthusiasm for permanent daylight saving time is “grossly misguided,” said Neubauer, who predicted a return to “the extremely unpopular 1970s dark winter mornings with commuters going to work and children going to school long before sunrise, inevitably leading to injuries and fatalities.”

Zee said her “heart sank” when she saw the news of the Senate vote. “I thought there would be more of a discussion, that it wouldn’t be as unanimous.” Of the three potential time systems for the country to be on – permanent standard, semiannual switching and permanent daylight saving time – she said, the last is “probably the worst choice.”

The AASM noted in its statement Tuesday that the pros and cons of daylight saving time and standard time were discussed in detail during a hearing held by a House Energy and Commerce subcommittee on March 9. “Unfortunately, [Tuesday’s] quick action by the Senate allowed for neither a robust discussion nor a debate,” the statement said. “We call on the House to take more time to assess the potential ramifications of establishing permanent daylight saving time before making such an important decision that will affect all Americans.”

“Everybody advocates a permanent time, but this difference between one hour back or one hour forward is not so clear in everybody’s mind,” Cheng said. “I would like to see further debate and some due diligence done on these health consequences and public safety measures before anything else goes forward.”

Should daylight saving time be permanent? 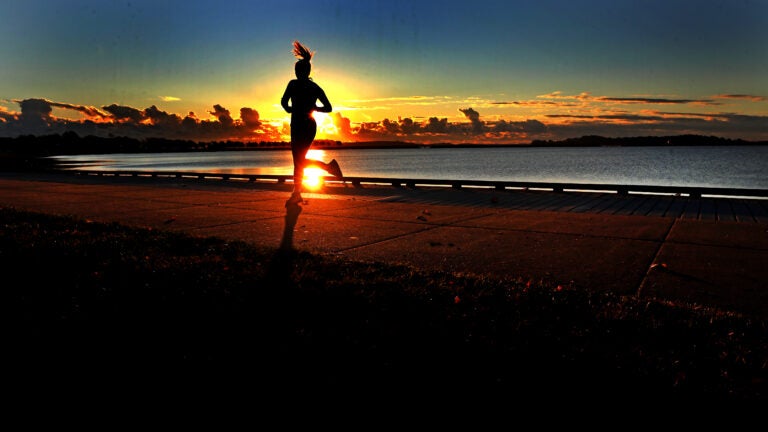