Matthew Liddy, a production manager at WCCO-TV, a CBS station in Minnesota, was watching footage of a 1970 teachers’ strike in Minneapolis in late February when he saw a familiar face.

On the screen was a boy, 11, in blue earwarmers and a jacket, being interviewed by one of the station’s reporters and giving a sidelong look and a sly half-grin.

“It has to be Prince,” Liddy recalled saying to himself.

That hunch led to a five-week investigation by producers and reporters, who verified that the boy in the clip was in fact Prince, the music legend and celebrated son of Minneapolis who died April 21, 2016, at age 57.

Long before “Purple Rain” and “Little Red Corvette” made him an international star, Prince Nelson is seen in the footage, just another kid in the crowd, supporting labor rights and hamming it up for the local television station.

“Are most of the kids in favor of the picketing?” a reporter, Quent Neufeld, asks.

“Yup,” Prince replies. “I think they should get some more money” because they’re “working extra hours for us and all that stuff.”

The interview lasts less than 20 seconds, but the footage has elicited glee from musicians like Questlove and Sheila E, a frequent Prince collaborator, and has captivated Minnesotans and Prince fans and scholars.

“As an artifact, it’s absolutely extraordinary,” said Anil Dash, a technology executive and Prince scholar in New York. “You don’t even hope to find that kind of thing.”

“I cried,” said Zaheer Ali, a Prince historian and executive director of the Hutchins Institute for Social Justice at the Lawrenceville School in New Jersey, where he is developing a digital interactive platform that will focus on Prince’s work and upbringing.

“That little boy is standing there, maybe thinking this was the most famous he would ever be, talking to that reporter,” Ali said. “And think about all the potential he had bottled up inside him.”

The footage was part of a tape that had been digitized and sent to some newsroom staff members in February as tensions between the city’s teachers union and the school district grew before a strike in March.

Liddy said the station’s assistant news director had suggested going through the archives to find footage of the strike in 1970 to put the current labor negotiations in context.

“I was looking for buildings and what were they wearing in 1970,” he said. When he saw the boy, Liddy immediately started asking other people in the newsroom if they recognized him. Everyone said it was Prince, Liddy said. But confirming his identity was a separate challenge.

It was crucial to the credibility of the coverage to find someone who knew Prince as a child, said Jeff Wagner, a reporter at the station who was assigned to the story.

He scoured the web and found a photo of Prince’s fifth-grade class and started looking for contact information for the students. No luck.

Finally, a historian who had researched Prince’s childhood helped connect Wagner with Terrance Jackson, who had grown up with him. Wagner played the clip for him, and Jackson immediately recognized the boy as Prince.

Short as the interview is, it gives context to the causes Prince would later support, such as public education, labor rights and fair compensation for artists, said Elliott Powell, a professor of American Studies at the University of Minnesota who teaches a course on Prince.

The interview with the young Prince was conducted in north Minneapolis, a predominantly Black part of the city where young activists led uprisings in the 1960s protesting police brutality, the harassment of young Black people in white-owned businesses, and commercial development that was decimating the neighborhood, Powell said.

“Prince is growing up in that environment and seeing the impact of Black youth activists,” he said.

Its discovery buoyed current teachers, who played “Purple Rain” during one of their rallies, said Greta Callahan, president of the teacher chapter of Minneapolis Federation of Teachers, Local 59. After a strike lasting nearly three weeks, the union reached an agreement with the district late last month.

“There were a lot of, ‘Of course, Prince supported the strike!’” Callahan said in an email.

The interview, Powell said, also shows the influence of two important women in Prince’s life: his mother, Mattie Shaw Nelson Baker, who worked as a social worker in the public schools; and Bernadette Anderson, a family friend, PTA volunteer and Minneapolis activist who helped raise Prince.

“This 17-second clip does so much work,” Ali said.

And it was almost lost, Liddy said.

Many of the station’s old news reels, which were contained in metal canisters and stored on shelves in the basement of WCCO’s former headquarters, were destroyed when a water main burst and flooded the basement around 1981, said Tom Ziegler, a former editor at the station who retired in 2012.

When the station moved to its new location around 1983, he said, he and other employees learned that someone had begun throwing away the remaining tapes.

“We were astounded,” Ziegler said. “It’s the station’s history. You don’t know when you’re going to need it again.”

Ultimately, someone at the station made the decision to preserve the rest of the tapes.

As a result, about 1,000 canisters of old footage remain at the station.

Ziegler said that after he saw the news segment on the old footage, he emailed Liddy.

“I said, you don’t know how miraculous your finding is,” Ziegler said.

Neufeld, who retired in 2002 and now lives in Oregon, said he had no idea that he had interviewed Prince as a child until friends in Minnesota contacted him about it.

“I was shocked to learn that I had ever been in Prince’s presence, let alone spoken to him,” Neufeld, 82, wrote in an email. “Not in my wildest dreams would I have ever thought I had interviewed him.” 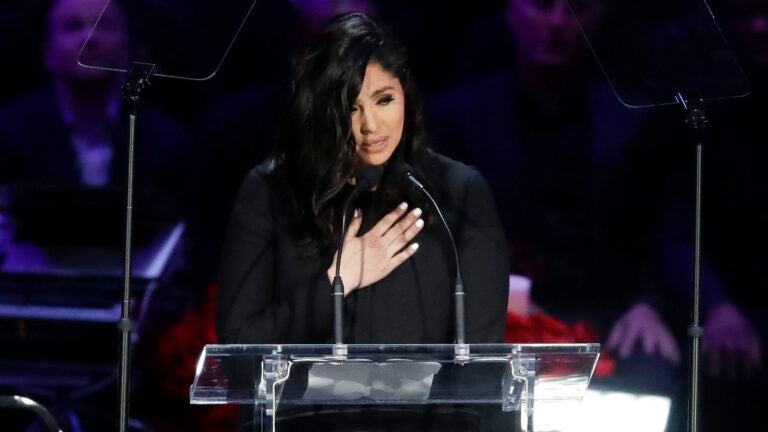 Vanessa Bryant, in deposition, describes learning of deaths of Kobe and Gianna