The Biden administration says it wants to clean up the federal student loan system through which 45 million Americans possess education debt. It is waiving the rules of income-driven repayment plans to retroactively credit millions of people with additional payments toward loan forgiveness.

The plans cap monthly payments at a percentage of earnings, with the promise that the balance will be forgiven after 20 or 25 years. Investigations of the program, including one released Wednesday by the Government Accountability Office, found widespread breakdowns in communication between the Education Department, its loan servicers and borrowers dating back decades. Poor record-keeping and misleading information may have resulted in people repaying their loans for much longer than needed.

Now, the department is trying to remedy the problems by giving borrowers a better chance of having their debt canceled faster.

What is an income-driven repayment plan?

Income-driven plans have been around since 1994 as a way to help borrowers manage their debt when they are not earning enough money to afford payments on a standard 10-year plan. Monthly payments in the plans are based on income and family size, and can be as low as $0 for some borrowers.

The plans vary in eligibility requirements, payment calculation and the required number of qualifying payments borrowers must make before any remaining loan balances can be wiped away. It may take longer than 20 or 25 years to hit the forgiveness threshold if a borrower spends any months in delinquency, default, forbearance or certain types of deferment of their loan payments.

About half of the more than $1 trillion in outstanding federal student loans made directly by the government are being repaid through these plans. That includes loans held by teachers, police officers and others working toward debt cancellation through Public Service Loan Forgiveness, which clears the debt balances of nonprofit and government workers after 10 years of qualifying payments.

How does this waiver work?

Borrowers who have spent time in repayment for at least 20 or 25 years will have their federal loans automatically forgiven. Those who are eligible for this particular relief will be refunded any overpayments they made before the waiver was announced.

Others will receive a one-time adjustment to their account. This will credit them for the months in which their loan was in repayment status toward income-driven forgiveness, regardless of how much they paid, loan type, the repayment plan or if they were delinquent (not in default) on the debt.

All of the following scenarios count as time in repayment:

What if you were never enrolled in an income-driven plan?

Doesn’t matter. This waiver applies whether you are or have been repaying your loans through graduated repayment, extended repayment, consolidated standard repayment or any of the other dizzying array of options.

Which types of loans are covered?

The waiver applies to debt in the Direct Loan program – where loans are made and held directly by the feds – and in the Federal Family Education Loan Program (FFELP) managed by the Education Department.

That last distinction is important because some FFELP loans are held by private companies, the same loans that were largely excluded from the suspension of federal student loan payments for the last two years.

Borrowers with those commercially held FFELP loans can consolidate their debt into the federally managed program to take advantage of the waiver.

What about loans for graduate school? Or loans parents take out for their children?

Grad Plus and Parent Plus loans are also included in the waiver.

What action do people need to take?

Nothing, unless you have one of those commercially held FFELP loans. The changes will be applied automatically, but it will take time. Borrowers will not see the effect in their accounts until the fall.

What about periods in which a loan was in default?

Defaulted loans, meaning a borrower had not made a payment on their student debt in at least nine months, are excluded from the waiver.

Consumer advocates are disappointed in this exception because of the 4.4 million people who have been in repayment on their loans for more than 20 years, roughly half are in default. Advocates argue that these people need the most help and have experienced the most harm from a broken repayment system.

Will borrowers have to pay taxes on loan balances forgiven as a result of this waiver?

No. The $1.9 trillion stimulus package President Biden signed into law last year temporarily eliminated the tax burden many student loan borrowers would face if any portion of their debt was discharged. The tax relief is good only through January 2026, but that’s long enough to cover borrowers benefiting from the waiver.

What happens after the one-time waiver is over? How will people know if they are making progress toward forgiveness?

Starting next year, the Education Department plans to display income-driven repayment counts on its StudentAid.gov website so people can track their progress. 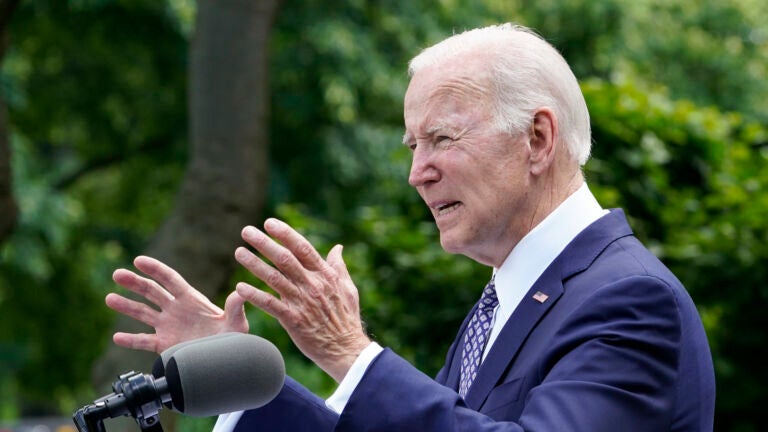