Jim Hartz, the low-key, folksy newsperson who hosted the “Today” show with Barbara Walters in the mid-1970s, less than halfway through his three-decade television career, died April 17 in Fairfax County, Virginia. He was 82.

The cause was chronic obstructive pulmonary disease, his wife, Alexandra Dickson Hartz, said, adding that he had chosen to be removed from the ventilator that was keeping him alive.

Jim Hartz may have looked boyish when he started the “Today” show job, at 34, succeeding Frank McGee, who had died a few months before at 58, but he was no beginner. He had already spent a decade in New York at WNBC, covering local stories, from John V. Lindsay’s mayoralty through Robert F. Kennedy’s funeral and well into the Watergate scandal.

The news stories he covered while on “Today” included President Richard Nixon’s resignation, the end of the Vietnam War and the American Bicentennial. But his “Today” career wound up lasting only two years.

Both on “Today” and in other broadcast jobs, Hartz covered numerous space missions. He and broadcast-news pioneer John Chancellor were co-announcers in 1971 during the Apollo 15 launch, which led to a three-day lunar visit by astronauts. He was co-author of “Worlds Apart: How the Distance Between Science and Journalism Threatens America’s Future” (1997), with Rick Chappell, a former astronaut.

In a 1974 interview with The Christian Science Monitor, Hartz admitted that a NASA event was so overwhelming for him that afterward he would have no memory of what he had said on the air.

Recalling the first time he saw a Saturn rocket lifting off at Florida’s Cape Kennedy on an Apollo mission, he said: “I was just not prepared for that 36-story building walking right off the platform into the air.”

James Leroy Hartz was born Feb. 3, 1940, in Tulsa, Oklahoma, to the Rev. Marvin Dillard Hartz, an Assembly of God minister, and Helen Elvira (Potter) Hartz. He was their fifth child.

When Jim Hartz entered the University of Tulsa, his plan was to go to medical school, but it was a halfhearted ambition. “I was under a lot of pressure from one of my brothers to become a doctor,” he told The Tulsa World half a century later. Around his junior year, he said, he had to admit that he was much more interested in journalism.

His early career progress was meteoric. By the time he graduated, in 1962, he had already done internships at local television and radio stations. He was hired as a reporter for KOTV in Tulsa that year and became a host of “Sun Up,” the channel’s morning show.

He was promoted to news director in 1964 (he was 24) and hired away by NBC that same year. In New York, he became anchor of the evening newscasts on WNBC, the network’s flagship local station, and was, several sources said, the youngest correspondent ever hired by the network.

The “Today” job came along in 1974, when executives chose him to replace McGee, passing over Tom Brokaw and Tom Snyder, who were both considered more dynamic personalities and both better known nationally. But Hartz’s laid-back style seemed to be a better fit with Walters, who had been promoted to co-host after 13 years with the show and was determined, she made clear, not to take a back seat to anyone.

When she announced in the spring of 1976 that she was leaving to become ABC’s evening news co-anchor, however, NBC officials had to reevaluate.

They hired Jane Pauley, a relatively unknown 25-year-old whose voice happened to sound much like Walters’. Fearing that she and Hartz — two unassuming hosts — might have less than scintillating chemistry, NBC went back to Brokaw and persuaded him to take the co-host job.

But Hartz wasn’t exactly fired; it was announced that he would be given a new job, as the roving host of “Today,” reporting from across the nation. That arrangement, too, was short-lived.

From 1976 to 1979, he was a news anchor at WRC, the NBC affiliate in Washington. He later worked with PBS, co-hosting “Over Easy,” a celebrity talk show, alongside actress Mary Martin, and “Innovation,” a weekly science show. In a 1985 review of “Innovation,” John Corry of The New York Times called the show “vaguely, but never unintelligently, cheerful.” Much like its host.

In 1960, while still in college, he married Norma Tandy, his Tulsa high school sweetheart who died in January, and they had three children. A year after their 1979 divorce, he married Alexandra Dickson, a social worker in Alexandria, Virginia.

She survives him, as do his two daughters, Jana Hartz Maher and Nancy Hartz Cole; six grandchildren and six great-grandchildren. His son, John Mitchell Hartz, died at 52 in 2015.

The space program remained a fascination to Jim Hartz. At a 20th-anniversary gala for the Apollo 11 project in Houston, he described the 1969 moon landing in lofty terms, calling it “the grandest thing we could think to do” at the time and lauding “what man can do with a singleness of mind and a clearly defined goal.” But even that accomplishment could sound almost down to earth when he fell back on his folksy manner in talking about it.

“The truth is,” he said, “we went there just to check it out — friendly-like.” 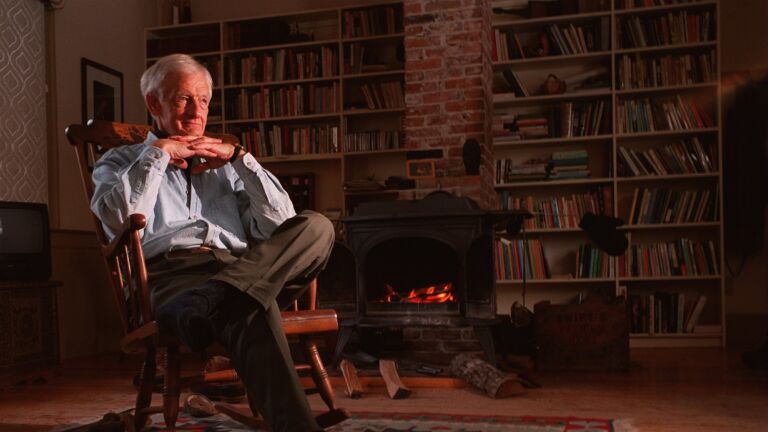