When Sarah McElrea arrived at the airport in Anchorage, Alaska, last Friday to pick up the 800 pounds of honeybees she was having shipped from Sacramento, California, she got the first sense of a disaster in the making: The bees — some 5 million of them — were in Atlanta, not Anchorage.

The 200 crates of bees were the first of two shipments coming in from Sacramento designated for more than 300 beekeepers in Alaska to provide much-needed pollination services for apple orchards and nurseries, she said.

Previous honeybee shipments had made their way to Alaska aboard Delta Air Lines flights from Sacramento to Seattle and then on to Anchorage, a route McElrea has used many times. But this shipment, the airline told her, did not fit aboard the Seattle-bound flight and instead had been rerouted through the Delta hub in Atlanta. The bees would complete their circuitous, cross-country journey to Anchorage on Saturday.

McElrea was worried, considering that shipping bees comes with certain complications: The bees must be fed along the way (generally sugar water), and they must be kept cool. Her concerns were well-founded — millions of the bees would die.

Since the handling of the bee shipment, Delta has “engaged the appropriate internal teams to take immediate action to ensure events of this nature do not occur in the future,” Catherine Morrow, a spokesperson for the company, said in an email.

Another spokesperson, Catherine Salm, told Alaska Public Media, “We have been in contact with the customer directly to apologize for the unfortunate situation.”

Honeybees are not native to Alaska. McElrea sells many of the bees she imports to local backyard beekeepers but also helps with pollination services.

Commercial migratory pollination has become essential to agriculture in many regions, as pesticides have decimated the world’s native pollinators, Jimmy Gatt, a certified beekeeper and president of the Metro Atlanta Beekeepers Association, said Thursday.

“Pollinated crops such as blueberries, cranberries, oranges, almonds, watermelons — too many to list — depend on these commercial beekeepers,” he added. “That is the primary importance of honeybees in our culture.”

Some of McElrea’s customers, especially apple orchards and nurseries, depend on the bee shipment to pollinate their crops and have an abundant spring and fall harvest.

“People don’t grasp just how dependent we as a species are on honeybees for pollination,” McElrea said. “And this is just such a waste, an absolute tragedy.”

McElrea asked Delta, the only airline that can ship her bees, to put the bees in a cooler while in Atlanta, which it did.

On Saturday morning, the airline told McElrea that the aircraft that was to transport the bees was unable to secure the crates, and that the shipment would have to wait another day, given a single direct flight from Atlanta to Anchorage daily.

On Sunday, McElrea got another distressing call. She was told the bees had been removed from the cooler and put on the tarmac because some might have been escaping from the crates. It was 83 degrees in Atlanta that day, too hot for the bees to be outside. Putting the bees outside also attracted native bees in the area, making it hard to get near the packages.

She would need to come and get the bees or they’d be left outside.

“I’m in Alaska, and they’re dying in the East Coast,” McElrea said. She was frantically looking for a solution when it occurred her to call the Metro Atlanta Beekeepers Association’s swarm hotline — the number to call when seeing a swarm of bees on the move. The swarm commander, Dave Marshall, connected her with Edward Morgan, a member.

Morgan, who says he always gets the “bee odd job,” drove to the airport armed with beehives, bee vacuums and food for the bees. “I didn’t know what to expect,” he said Wednesday. But by the time he got to the airport Sunday afternoon, about 25% of McElrea’s honeybees had already died of heat and starvation, Morgan said.

He realized that the containers had been placed upside down, making it impossible for the bees to reach their food. After talking with a few other beekeepers in Georgia, Morgan concluded that the best course would be to gather up the few remaining bees and give them away.

About 25 people showed up, Morgan said. For hours, they broke through the packages to see if any of the bees could be salvaged. But piles of thousands, then millions, of their lifeless bodies kept growing, as the beekeepers examined the packages.

“It’s devastating to see that many dead,” Julia Mahood, a Georgia Master Beekeeper, told WABE, an Atlanta radio station. “Just clumps of dead bees that had no chance because they were left outside with no food.”

It is hard to know how many bees survived since not all the packages were thoroughly examined, and some of the bees that found a home have been struggling to stay alive in the following week, both Morgan and Gatt said.

“I thought I was going to go help this woman get her bees on a plane,” Morgan said. “But it turned into something totally different. The bee community came together. Everybody was trying to make sure that these bees got a home.”

McElrea is waiting for a replacement and plans to file a claim with Delta to get reimbursed for the $48,000 loss because livestock travel is not covered by insurance.

“The worst part about it for me is how they suffered, and there was not a single thing I could do about it,” said McElrea, who said that she has gotten less than eight hours of sleep since the episode.

To avoid another tragedy, McElrea and her husband are planning to fly to Seattle, then drive to Sacramento with some vans to pick up the replacements. The McElreas will drive the bees to Seattle and then fly with them to Alaska. 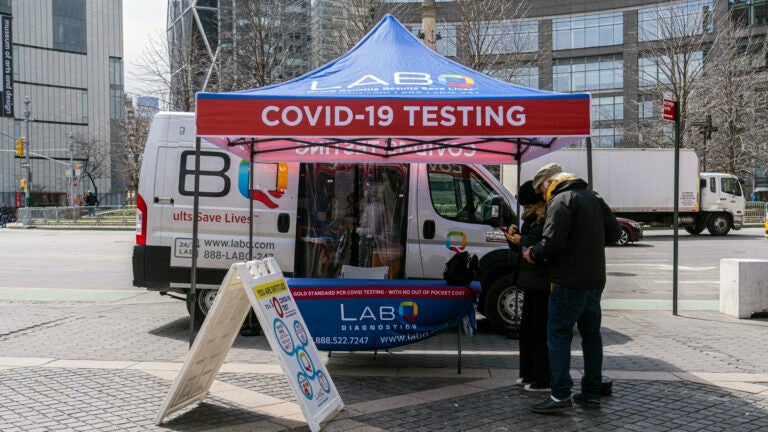 Many cases go uncounted. Are there better ways to track the pandemic?