If you’ve filled up your tank in recent weeks, it’s possible you winced at the total bill. That’s because gas prices are through the roof — both regular unleaded and diesel fuels are at the highest-ever recorded average price in Massachusetts, according to AAA.

Regular gas on average costs $4.44 per gallon in Massachusetts, a full 20 cents higher than a week ago, according to AAA’s gas price monitor. The national average is a bit lower, coming in at $4.40 per gallon, but experts say the increases may not be done and prices may rise above $4.50 per gallon in the coming weeks.

So, what is driving these high prices?

A number of things are likely contributing, ranging from lingering effects of the pandemic, to ripple effects from the war in Ukraine, to the politics behind oil.

A combination of factors

COVID-19 crushed oil demand, and production just hasn’t bounced back yet, according to Jim Patterson, a reporter at Kiplinger who has been covering gasoline prices for several years.

When the pandemic first kept everyone home and shuttered stores, demand for oil fell dramatically, taking with it the price of crude oil. Now, even as the world is slowly moving out from underneath pandemic restrictions, demand has come roaring back.

“Unsurprisingly, consumers who missed out on travel and other normal activities in 2020 and 2021 are making up for lost time now,” Patterson wrote. “U.S. oil demand is about back to where it was pre-COVID. But oil production takes a lot longer to restart than oil consumption.”

While domestic production and COVID effects contribute, so does the conflict in Ukraine. When the war first started in February, Western sanctions on Russian oil were quick to come. Russia produces roughly 10% of the world’s oil, according to Patterson, behind only the United States and Saudi Arabia.

According to Patterson, this pushed crude oil prices above $100 a barrel, which contributed to the rising gas prices.

“With the cost of oil accounting for more than half of the pump price, more expensive oil means more expensive gasoline,” Mary Maguire, AAA Northeast director of public and government affairs, said in a release. “Locally, prices have now moved past those record high levels of early March.”

Politics also play a role, and President Joe Biden came into office with the goal of transitioning the country away from fossil fuels.

“In short, the administration has been less friendly to oil production and transport than its predecessor, at a time when markets are undersupplied,” Patterson wrote. “How much that adds to the price you pay at the pump is impossible to say, but it’s a factor.”

The Biden administration did attempt to lower rising gas prices by committing to releasing 1 million barrels of oil from its stockpiles every day for the next six months, an effort announced at the end of March.

Roger Read, a senior energy analyst at Wells Fargo Securities told CNBC that the planned daily release from the Strategic Petroleum Reserve is about 1% of daily global production and 5% of U.S consumption.

“I don’t want to make it sound like it’s nothing, but you just arrive at the issue where we may be off a lot more than just 1 million barrels. So it helps, but it’s unlikely to solve the problem,” he said. “In the end, it’s a little bit of a Band-Aid and I think a little bit of hoping to get later in the year OPEC catch up.”

While there are signs that prices might continue to rise, there has also recently been cause for hope: oil prices have fallen about 10% since last weekend. West Texas intermediate, the United States benchmark for oil, costs almost $104, down from more than $120 in March. It was briefly below $100 Tuesday, its lowest level in two weeks.

Similarly, Brent oil, the international benchmark, currently sits at $106.23, down from almost $130 in March. According to the New York Times, it may take a bit for prices at the pump to reflect the changes in crude oil prices.

“Within the next two weeks, we should see the peak of gasoline prices,” Michael Lynch, president of Strategic Energy and Economic Research, which does consulting and analysis in the oil and gas industry, told the New York Times. “Oil prices should go down because people will realize that Russian supplies will not disappear as the European sanctions are phased in. They’ll simply be shifted to new customers.”

Patterson wrote in a May 9 Kiplinger article that while prices will likely stay high through spring and summer, respite could come in autumn, if seasonal patterns hold true.

“That might not be much comfort to motorists as they pay for expensive fill-ups this spring and summer,” Patterson wrote. “But unless an economic recession comes along soon and crimps demand for fuel in painful fashion, high gas prices probably won’t go down anytime soon.” 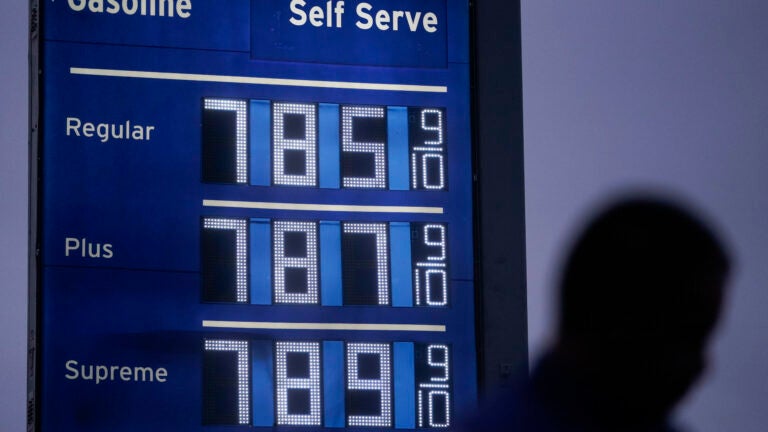