Before having her third child last month, Joelyz Lugo had planned to breastfeed, but her daughter’s difficult birth derailed such plans. While in the neonatal intensive care unit, her baby needed to be fed formula, and when the pair finally tried breastfeeding, the baby struggled to latch.

One month later, with a baby formula shortage making it all but impossible for Lugo to give up breastfeeding, she has settled into a grueling routine. Every three hours, she hooks herself up to a breast pump to try to boost production, but her milk supply remains low. Lugo gets less than an ounce of breast milk per pumping session — a fraction of what her daughter needs.

Between breastfeeding and pumping and searching stores around her home in New Britain, Connecticut, in search of formula, she spends hours every day simply trying to ensure her baby has enough to eat.

“I have been crying about it because I’m trying my best, and nothing is working,” said Lugo, 31, who in two weeks is committed to returning to her job as an assistant kindergarten teacher after six weeks of parental leave. “When am I going to pump then?”

The worsening nationwide formula shortage has exacerbated an already fraught health care issue in the United States. According to the American Academy of Pediatrics, babies should be breastfed until they are 1 or older, and the Centers for Disease Control and Prevention states that breast milk is the best source of nutrition in those early months. But the medical and economic realities of new parenthood in America can make that 1-year finish line an impossible goal for many mothers. By six months, the majority of new mothers give their babies some formula, for reasons ranging from problems with latching and milk supply to the demands of work outside the home.

Now the formula shortage is forcing many new mothers to push themselves harder to breastfeed, even looking for ways to start again after having stopped — a difficult, if not impossible, pursuit since breasts stop producing milk soon after a baby stops feeding from them.

And along with the physical demands are emotional ones. Mothers who already may have been beating themselves up for no longer breastfeeding — an activity deeply bound together with the maternal ideal — now have the added burden of fearing that their child won’t get enough nutrition. They are also afraid of being judged.

“I’ve felt a lot of guilt, and I’ve felt a lot of anxiety that he’s not going to get what he needs,” said Sarah Roy, 33, a stay-at-home parent who cannot breastfeed her 5-month-old son because she takes a daily chemotherapy treatment for leukemia that would be dangerous for her baby. “I have blamed myself. You just think, ‘If I could, if I could, if I could,’ but it’s just kind of out of your hands. A lot of people don’t understand that.”

Lugo said she has tired of reading comments online that tell mothers just to breastfeed. “It’s easy to say, ‘Breastfeed,’ but it’s not easy to go through with it,” she said.

In recent years, public health campaigns to educate parents about the importance of breastfeeding have been successful: Eighty-four percent of babies start out being breastfed, up from 58% in the mid-1990s. Hundreds of “baby-friendly” hospitals nationwide employ strategies aimed at promoting breastfeeding, by encouraging mothers and babies to have uninterrupted skin-to-skin contact right after delivery and not allowing formula, except in cases of medical need.

In many ways, society has also become more accommodating of breastfeeding with lactation rooms in some offices, airports and other public settings.

But many parents cannot or do not breastfeed. Though some adoptive or foster parents do induce lactation — a process that requires the use of hormone-mimicking drugs — many do not. Mothers also face significant physical challenges, from cracked and bleeding nipples to clogged ducts and low milk supply. Mastitis, when breast tissue becomes infected, affects anywhere between 2% and 20% of breastfeeding moms.

There are also mental health challenges. Research shows that women who have painful early breastfeeding experiences are more likely than others to suffer postpartum depression.

“I can’t tell you how many women walk through our doors and say, ‘It started with breastfeeding,’ ” said Paige Bellenbaum, founding director of The Motherhood Center, of the mothers who come to her New York City-based perinatal mood disorder treatment facility.

As if that isn’t enough, there is now a nationwide formula shortage, driven by supply chain problems and exacerbated by the closure of a major production plant in February and the recall of select infant formulas sold under the Similac, Alimentum and EleCare brands. More than 40% of baby formulas are out of stock, and President Joe Biden has called on the Federal Trade Commission to investigate reports of price gouging.

Roy’s son has gastroesophageal reflux disease that requires him to be on a specialized amino-acid based formula, and it has frequently been out of stock at stores near her home in Southington, Connecticut. Without it, her baby cries, vomits and twists his body in pain.

Roy has been heartened by the way families have come together during the formula shortage, starting local Facebook groups to share cans of formula and time-stamped photos of what they see on store shelves. But she finds it “scary” that a day might come when she would be unable to find any formula for her son — and unable to offer her son breast milk.

As the shortage worsens, other mothers who cannot breastfeed say they feel as though they just need to try harder. Jane Varghese Williams, 27, has felt guilt over not breastfeeding her son, who has a feeding disability, since he was born last November.

“It definitely makes me feel like an inadequate mom, especially because before I had my son, I thought I would breastfeed for at least the first year,” said Williams, who is a stay-at-home parent in Atlanta. “I was in denial that he couldn’t breastfeed, and he ended up losing 10 ounces from his birth weight. That was the wake-up call we needed to get him on formula.”

But finding her son’s preferred formula has been difficult, and having to switch between various brands makes him fussy and uncomfortable, the combination of which has renewed pressure on her to find a way to breastfeed.

“I have considered trying to relactate,” said Williams, referring to the difficult process of trying to restart breastfeeding after it has been stopped for weeks or months.

Caitlin Joyce, 22, is also researching relactation after spending hours every week searching for formula. Last week, she and her mother drove for two hours up and down the South Shore of Massachusetts, scouring every Target, Walmart or supermarket they saw along the way — “and they didn’t have anything,” Joyce said. Though she has not breastfed her baby in six months, she has been searching online moms’ groups for tips on how to restart milk production.

Dr. Casey Rosen-Carole, director of the breastfeeding and lactation medicine program at the University of Rochester Medical Center, said the physiology of breastfeeding “is not especially resilient, in that once it’s over it’s very hard to build it back.” The prospect that women may be attempting to relactate in response to the formula crisis concerns her, she said, because mothers could compound stress by pushing their bodies to do something that is difficult, if not impossible.

Dr. Alison Stuebe, an OB-GYN and distinguished scholar in infant and young child feeding with the University of North Carolina’s Gillings School of Global Public Health, said the idea that every woman can produce all of the breast milk her baby needs “is not predicated on reality. Every person can’t make all the insulin they need. That’s why there’s a disease called Type 1 diabetes — and we don’t say, ‘Well, if you just tried harder, you wouldn’t need that medicine.’”

Staring down the prospect of being without formula, some mothers are mulling alternate ways to feed their babies. When her daughter was born, Zumely Ebanks, 23, had to be separated from her because of medical issues and could not breastfeed. Her baby got used to formula, she said, and at 3 months old has not breastfed at all. Ebanks, who lives with her mother and baby in Houston, called the shortage “alarming.” “If there isn’t any formula, I would not know what to do,” she said.

So far, she has been able to find her preferred formula at her local H-E-B grocery store, but if that changes she plans to turn to “previous traditions,” like rice water and atole, a corn-based drink. Health experts have warned parents against resorting to homemade baby formula, but women are worried they may have no other options.

As the formula shortage continues, breastfeeding experts remain concerned not only for the babies but for the mental health of mothers.

“When it’s about your kid and when it’s about, you know, your newborn — your baby — and being able to feed them and put food in their mouths, it’s hard,” Roy said. “You feel like you’re a bad mom.” 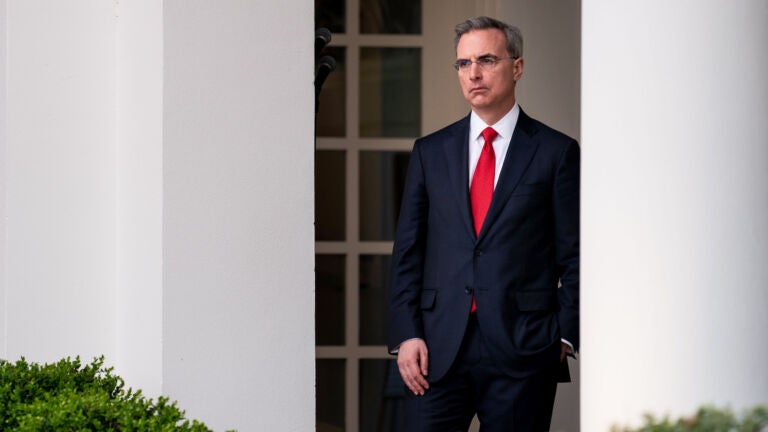