As the #MeToo movement fueled a public airing of sexual assault and misconduct allegations, defamation lawsuits quickly became a tool for both the accused and accusers to seek retribution and redemption.

Men accused of misconduct have increasingly turned to defamation suits to try to clear their names, as have victims accused of making false allegations. But between the high costs of lawyers’ fees and the fears of revealing embarrassing details in open court, many such cases are settled before they ever reach trial.

The bitter legal battle between actor Johnny Depp and his ex-wife Amber Heard was closely watched in part because it was one of the highest-profile defamation cases to make it to trial recently, and several lawyers said that Depp’s victory in a Virginia court Wednesday — when he was awarded more than $10 million in damages — could embolden others accused of abuse or misconduct to try their luck with juries, despite the real risks of airing dirty laundry in public.

Ugly charges of physical abuse and lurid testimony came to define the Depp-Heard trial, which included one line of questioning about actual dirty laundry: the couple’s fierce argument over how the sheets in a Los Angeles penthouse where they were staying had become befouled. But the jury found in the end that Heard had defamed Depp in a 2018 op-ed in The Washington Post in which she referred to herself as a “public figure representing domestic abuse.”

“Some people will definitely look at this as a playbook for suing your accuser,” said Charles Tobin, a First Amendment lawyer who practices in Fairfax, Virginia, where the trial played out over six weeks, and who briefly represented the former employer of a witness called in the Depp case. The proceedings were broadcast and livestreamed far beyond the walls of the courtroom.

The $10.35 million award to Depp was offset by a $2 million partial victory for Heard, who countersued Depp for defamation after a lawyer representing him made several statements to a British tabloid calling her abuse accusations a “hoax.” The jury did not find two of those statements defamatory, but found that a third — in which the lawyer had accused Heard of damaging the couple’s penthouse and calling 911 “to set Mr. Depp up” — did defame her.

Depp praised the verdict, saying that “the jury gave me my life back,” while Heard described it as “heartbreaking.”

The outcome differed from that of a case in Britain, where a judge had ruled two years ago that there was evidence that Depp had repeatedly assaulted Heard. That ruling came in a libel suit that Depp had filed after The Sun, a British tabloid newspaper, called him a “wife beater” in a headline. While Britain is sometimes considered hospitable to libel cases, the judge who heard that case, Andrew Nicol, found that there was sufficient proof to conclude that most of the assaults Heard described had occurred, and he determined that what the newspaper had published was “substantially true.”

Several high-profile defamation cases in recent years have been settled before they reached trial. In 2019, seven women who had accused Bill Cosby of sexual assault, and then sued him for defamation after they were accused of lying, settled their claims; a spokesperson for Cosby said that his insurance company had decided to settle the cases without his consent. And casino mogul Steve Wynn recently agreed to a settlement of a defamation suit he had filed against lawyer Lisa Bloom, who said she would retract a statement accusing him of inappropriate behavior involving a client.

In the wake of the Depp verdict, several lawyers and legal experts said, people accused of assault and misconduct may now be more inclined to try to bring defamation cases to trial. And some advocacy organizations and lawyers worry that the case could have a chilling effect on the victims of domestic violence or sexual abuse, adding to their fears that they could be punished for speaking out.

“I do think that well-resourced individuals who feel slighted by speech that embarrassed or criticized them in some way may feel emboldened by this verdict,” said Nicole Ligon, a First Amendment law professor who provides pro bono legal advice for people considering going public with sexual misconduct accusations. “I imagine part of the reason they’ll feel emboldened is beyond the verdict itself but the public reaction to it.”

The trial was captured by two cameras in the courtroom that allowed the testimony to be packaged into memes and online commentary — much of which mocked Heard’s accusations of abuse. In an interview with NBC’s “Today” show Thursday, one of Heard’s lawyers, Elaine Charlson Bredehoft, said that the cameras had turned the trial into a “zoo.”

Before the trial, Bredehoft had sought to persuade the judge to block cameras from the courtroom, arguing that Heard would be describing incidents of alleged sexual violence and predicting that “anti-Amber” networks would take statements out of context and play them repeatedly.

“The potential for saturation of an unsequestered jury is a tremendous risk in this case,” Bredehoft argued, according to a court transcript from February.

Judge Penney S. Azcarate ordered that cameras be allowed, maintaining that Bredehoft’s argument about victims of sexual offenses would only pertain to criminal trials. The judge suggested that allowing cameras could make the courthouse “safer” by giving a broader audience of viewers access to the case remotely.

Depp may have won a victory in court, but it may take more than that to revive his career, or for Walt Disney Studios, which has cast Depp in several starring roles, to get back into business with him.

The studio declined to comment, but two Disney executives privately pointed to his box office track record as the primary reason: None of his Disney movies have succeeded outside the “Pirates of the Caribbean” franchise since “Alice in Wonderland” in 2010. “Alice Through the Looking Glass” was a misfire in 2016, taking in 70% less than its predecessor worldwide. “The Lone Ranger” was a big-budget bomb in 2013. Except as Capt. Jack Sparrow in the “Pirates” films, he has not been a box office draw recently.

As for the “Pirates” franchise, Disney decided long before the trial to part ways with Depp and reboot the series, which, while still formidable at the box office, had been in decline in North America, falling 20% to 30% with each installment. Depp also wore out his welcome with tardiness and other issues that came out at the trial, where a former talent agent testified that he wore an earpiece on set so that his lines could be fed to him.

But Depp’s victory — which a lawyer for Heard said she would appeal — may seem attractive to accused litigants who are desperately seeking a similar redemption arc, said Andrew Miltenberg, a lawyer whose firm regularly defends people accused of sexual misconduct. Right after the Depp-Heard verdict was announced, Miltenberg said, he received about a dozen emails from clients asking him if it would benefit their cases.

“I can see people saying, ‘I need that kind of victory to get my life back on track,’” said Miltenberg.

Several big defamation cases are still pending. E. Jean Carroll, who sued former President Donald Trump after he said that she had lied about his raping her. Actress Ashley Judd’s defamation lawsuit against producer Harvey Weinstein has been on hold during his criminal proceedings in California. She sued after reading that a director said that Weinstein’s studio, Miramax, had described her as a “nightmare to work with.”

Several lawyers noted that Depp and Heard’s battle was so complex and singular in its level of public spectacle that people should be wary of drawing any lasting conclusions about how their own legal proceedings would unfold.

“This is a unique case of public figures airing their private dirty laundry,” said Joseph Cammarata, a lawyer who represented the Cosby accusers in their defamation case. “It should not dissuade someone who has a legitimate case from seeking justice.” 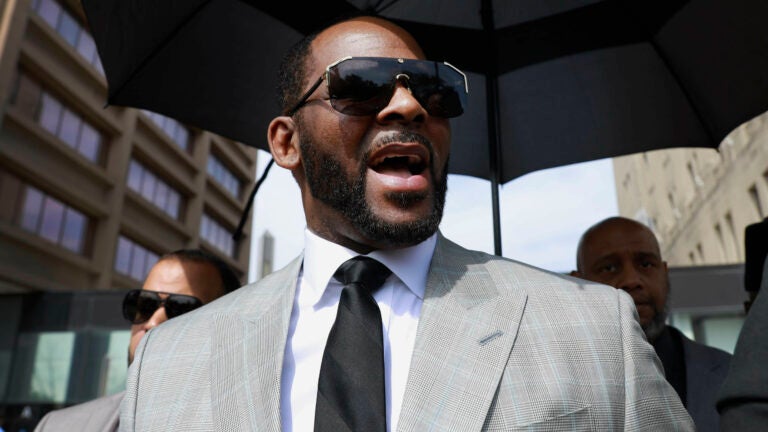