A wheelchair-bound grandfather whose family had picked out a choice spot on the sidewalk. A 63-year-old woman who was her synagogue’s go-to person for special events. A beloved uncle who still went to work every day, even in his late 80s, his niece said.

Still reeling from the violent attack on a Fourth of July celebration, families and friends of the seven paradegoers killed in Highland Park, Illinois, began to share details Tuesday about the casualties of yet another mass shooting in the U.S.

More than 30 people were also wounded, including four members of a single family.

Police said the victims, attacked by a rooftop sniper, ranged from octogenarians to children as young as age 8. All six of those who died Monday were adults, said Deputy Chief Christopher Covelli of the Lake County Sheriff’s Office. A seventh person died Tuesday, he said.

Law enforcement authorities have not yet released the names of the victims. Here is what we know about some of those who died, based on interviews:

Nicolas Toledo did not want to attend the Highland Park Fourth of July parade, but his disabilities required that he be around someone full-time. And the family was not going to skip the parade — even going so far as positioning chairs for a choice viewing spot at midnight the night before.

Toledo was sitting in his wheelchair along the parade route, between his son and a nephew, when the bullets started flying. “We realized our grandfather was hit,” said Xochil Toledo, his granddaughter. “We saw blood and everything splattered onto us.”

Toledo suffered three gunshot wounds, killing him. He had moved back to Highland Park a few months ago from Mexico at the urging of family members. He had been struck by a car while walking in Highland Park a few years ago in a prior stint living with family and had a range of medical issues resulting from that accident.

“We brought him over here so he could have a better life,” his granddaughter said. “His sons wanted to take care of him and be more in his life, and then this tragedy happened.”

A smile and a hug. Those were the guarantees every time Jacki Sundheim walked into Marlena Jayatilake’s spice shop in downtown Highland Park.

“She was such a beautiful human being, a beautiful ray of light,” Jayatilake said. “So it’s definitely a dark day.”

Sundheim, a member of the North Shore Congregation Israel in Glencoe, Illinois, was among the people killed in Highland Park, according to the synagogue.

Sundheim worked at the synagogue coordinating events and doing a bit of everything else. Janet Grable, a friend, said she went far beyond her expectations in planning the bar mitzvahs for both her kids and arranging special seating for her mother when she joined services while in town.

A father of two, grandfather of four and a financial adviser who, at 88, still took the train every day from his Highland Park home to his office at a brokerage firm in Chicago, Steve Straus “should not have had to die this way,” his niece, Cynthia Straus, said in a phone interview.

“He was an honorable man who worked his whole life and looked out for his family and gave everyone the best he had,” his niece said. “He was kind and gentle and had huge intelligence and humor and wit.”

He was devoted to his wife, intensely close with his brother and extremely health-conscious, she said: “He exercised as if he were 50.”

And, she added, he should have been better protected.

“There’s kind of a mentality that this stuff doesn’t touch us,” she said. “And no one can think that way right now. We are in an internal war in this country. This country is turning on itself. And innocent people are dying.” 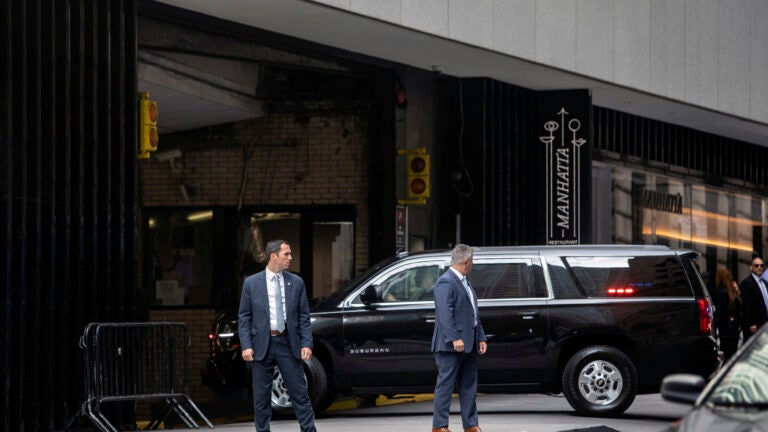 What happens next in the New York attorney general's inquiry