NASA on Tuesday released five images from the early work of the James Webb Space Telescope. The pictures highlighted the great potential of the telescope to plumb the secrets of deep space. Below are some of the things we have learned so far.

NASA’s experience with the Hubble Space Telescope sending back blurry images showed that advanced scientific instruments sometimes did not work as intended. Astronauts made multiple trips to the Hubble to repair it, but no such fixes were possible for the Webb, which is much farther from Earth than any human has traveled.

After the anticipation and anxiety of the launch and then the deployment of the telescope, its mirrors and the sun shield, the mission’s scientists then had to make sure that its scientific tool kit operated properly.

They did, spectacularly, as Jane Rigby, the operations project scientist for the telescope, explained during a news conference Tuesday.

“I had the very emotional reaction of ‘Oh my goodness, it works,’” she said, describing the first razor-sharp test images the telescope sent home. “And it works better than we thought.”

Or as hundreds of scientists put it in a paper that was published online Tuesday but was not yet peer-reviewed, “The telescope and instrument suite have demonstrated the sensitivity, stability, image quality and spectral range that are necessary to transform our understanding of the cosmos through observations spanning from near-Earth asteroids to the most distant galaxies.”
The scientific research is already underway. Some 13 projects have been deemed Early Release Science Programs, chosen to jump-start the Webb era. They cover a range of categories and include our solar system, galaxies and intergalactic space, massive black holes and the galaxies they live in as well as the evolution of stars.

“The science results are going to be rolling out from here on in,” Rigby said.

We’ll See Deeper Into the Universe’s Past Than Ever

President Joe Biden on Monday introduced an image made by the Webb telescope that NASA officials and astronomers hailed as one of the deepest images yet taken of the cosmos, a mark that will probably be passed soon as more data spews forth from NASA’s computers.

The image of a distant star cluster called SMACS 0723 revealed the presence of still more-distant galaxies spilled across the sky. The light from those galaxies, magnified into visibility by the gravitational field of the cluster, originated more than 13 billion years ago.

Astronomers theorize that the most distant, earliest stars may be unlike the stars we see today. The first stars were composed of pure hydrogen and helium left over from the Big Bang, and they could grow far more massive than the sun — and then collapse quickly and violently into supermassive black holes of the kind that now populate the centers of most galaxies.

The spectra for the Jupiter-size exoplanet WASP-96b was not the most impressive image put up on screens Tuesday — rather than mind-bending cosmic cliffs it showed slopes of a chart recorded as the planet passed in front of its star 1,120 light-years away. But when astronomers who operate the Webb telescope at the Space Science Telescope Institute in Baltimore saw it, they gasped and applauded.

“I’m beyond stoked to be sharing this with you,” said Nestor Espinoza, an astronomer there.

The planet had been studied before from the ground and with the Hubble. But the Webb telescope picked up evidence of water vapor, hazes and some previously unseen clouds, too. That surprised scientists.

While WASP-96b is highly unlikely to be home to anything living, using the same techniques could reveal whether smaller, rocky worlds orbiting other stars are habitable.

“I think we will be able to find planets that we think are interesting — you know, good possibilities for life,” said Megan Mansfield, an astronomer at the University of Arizona. “But we won’t necessarily be able to just identify life immediately.”

The relatively small size of these exoplanets has made them extremely difficult to study, until now. The Webb telescope will let astronomers look more closely at these worlds.

The space telescope “is the first big space observatory to take the study of exoplanet atmospheres into account in its design,” Mansfield said.

There are already some targets in mind, like Trappist-1, a star that has multiple planets in its zone of habitability. “We’ll just have to wait for time to reveal the story,” said Knicole Colón, the telescope’s deputy project scientist for exoplanet science.

The Webb presentation gave us gasp-inducing images of the Southern Ring Nebula, a sphere of gas and dust belched by a dying star, and Stephan’s Quintet, a grouping of galaxies millions of light-years away.

But the most striking image was of the Carina Nebula, a vast, swirling cloud of dust that is both a star nursery and home to some of the most luminous and explosive stars in the Milky Way. Seen in infrared, the nebula resembled a looming, eroded coastal cliff dotted with hundreds of stars that astronomers had never seen before.

“It took me a while to figure out what to call out in this image,” said Amber Straughn, a deputy project scientist for the telescope, as she pointed to a craggy structure.

“As always, there is room for the unexpected,” said Amaya Moro-Martin, an astronomer at the Space Telescope Science Institute who presented the image to her colleagues there Tuesday. “We have no idea what this is.”

Expect many more such discoveries from the Webb — things never before seen, and in need of an explanation.

For a spacecraft like the James Webb Space Telescope, it was inevitable that pieces of cosmic dust would hit its mirrors. Still, it was an unwelcome surprise for NASA officials to find that one of the telescope’s mirrors had been damaged by a micrometeoroid strike in late May and that the hit was larger than had been expected.

NASA officials said the distortion was barely noticeable and the performance of Webb still exceeds all of its requirements. Engineers also tweaked the position of the damaged mirror to cancel out part of the distortion.

Before the incident was reported, four smaller micrometeoroids had already hit the telescope.

“The biggest concern on our minds is just the micrometeorite environment,” said Thomas Zurbuchen, the associate administrator of NASA for science missions.

Zurbuchen said NASA is evaluating flight options to increase the likelihood that any dust that does strike the telescope hits the backside, not the front of the mirrors. 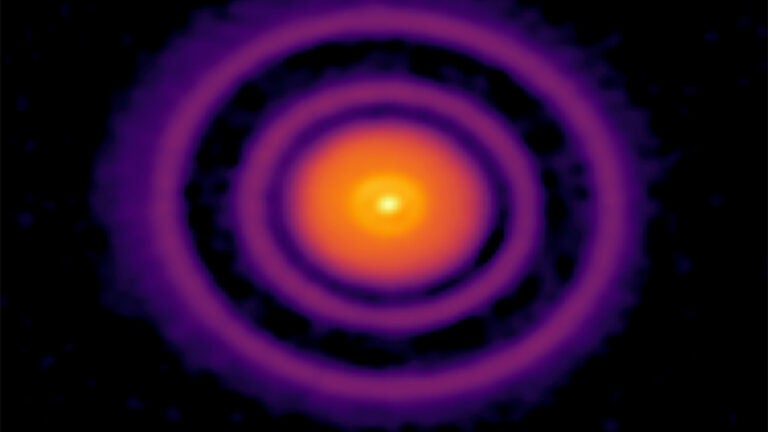 Astronomers may have found the galaxy’s youngest planet