A 5-year-old boy was hospitalized Sunday after a car crashed onto a crowded beach in Florida and ended up in the ocean, officials said.

Christian Rivera Rosado, 28, of Springfield, Mass., apparently had a seizure behind the wheel of his car which crashed through a Daytona Beach entrance and smashed an unoccupied toll booth, according to a report from Volusia County officials obtained by the Daytona Beach News-Journal.

After speeding onto the beach, the car headed into the ocean, striking 5-year-old David Alamos, of Nashville, Tenn., who was playing in the water, the News-Journal reported. Alamos was treated for multiple injuries and later released from Halifax Health Medical Center, according the News-Journal.

The News-Journal reported that Rivera Rosado was in the car with his wife and two stepdaughters during the incident. All of the car’s passengers were transported to the hospital for precautionary reasons, the paper reported.

One beachgoer, a retired paramedic, approached Rivera Rosado in the car and said his eyes had rolled into the back of his head and his body was stiff, according to the report.

Rivera Rosado said he didn’t remember the incident and was cited with careless driving, the News-Journal reported. 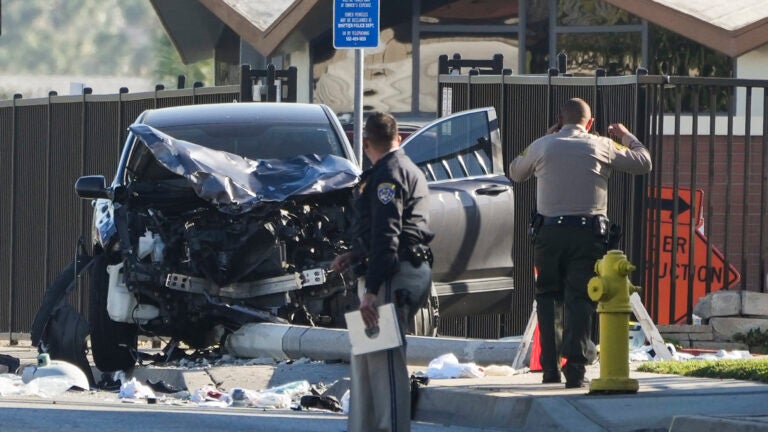