Federal prosecutors have directly asked witnesses in recent days about former President Donald Trump’s involvement in efforts to reverse his election loss, a person familiar with the testimony said Tuesday, suggesting that the Justice Department’s criminal investigation has moved into a more aggressive and politically fraught phase.

Trump’s personal role in elements of the push to overturn his loss in 2020 to Joe Biden has long been established, through his public actions and statements and evidence gathered by the House committee investigating the Jan. 6, 2021, attack on the Capitol.

But the Justice Department has been largely silent about how and even whether it would weigh pursuing potential charges against Trump, and reluctant even to concede that his role was discussed in senior leadership meetings at the department.

Asking questions about Trump in connection with an electors plot or the attack on the Capitol does not mean the Justice Department has opened a criminal investigation into him, a decision that would have immense political and legal ramifications.

The department’s investigation into a central element of the push to keep Trump in office — the plan to name slates of electors pledged to Trump in battleground states won by Biden — now appears to be accelerating as prosecutors with the U.S. attorney’s office in Washington ask witnesses about Trump and members of his inner circle, including White House chief of staff Mark Meadows, the person familiar with the testimony said.

In April, before the committee convened its series of public hearings, Justice Department investigators received phone records of key officials and aides in the Trump White House, according to two people with knowledge of the situation.

Two top aides to Vice President Mike Pence testified to the federal grand jury in the case last week, and prosecutors have issued subpoenas and search warrants to a growing number of figures tied to Trump and the campaign to forestall his loss.

A spokesperson for Attorney General Merrick Garland declined to comment, saying the Justice Department did not provide details of grand jury proceedings. The department’s questioning of witnesses about Trump and its receipt of the phone records were reported earlier by The Washington Post.

If a decision were made to open a criminal investigation into Trump after he announced his intention to run in the 2024 election, as he continues to hint he might do, the department’s leadership would be required to undertake a formal consultation process, then sign a formal approval of the department’s intentions under an internal rule created by former Attorney General William Barr and endorsed by Garland.

But in recent days, Garland has repeatedly asserted his right to investigate or prosecute anybody, including Trump, provided that is where the evidence leads.

“The Justice Department has from the beginning been moving urgently to learn everything we can about this period, and to bring to justice everybody who was criminally responsible for interfering with the peaceful transfer of power from one administration to another, which is the fundamental element of our democracy,” Garland told “NBC Nightly News” in an interview broadcast Tuesday, when asked to comment on criticism that his investigation was moving too slowly.

The questions about Trump focused on, among other topics, the plan he was pushing to derail congressional certification of Biden’s Electoral College victory on Jan. 6, 2021, the person familiar with the testimony said.

The two Pence aides who testified to the grand jury — Marc Short, who was his chief of staff, and Greg Jacob, who was his counsel — were present at an Oval Office meeting Jan. 4, 2021, when Trump sought to pressure Pence into embracing the plan to cite the competing slates of electors as justification to block or delay the Electoral College certification.

In recent weeks, the Justice Department also seized phones from two key figures, John Eastman, the lawyer who helped develop and promote the plan to upend the Electoral College certification, and Jeffrey Clark, a former Justice Department official who was at the center of the related push to send the slates of electors pledged to Trump from states Biden won.

Prosecutors have also issued grand jury subpoenas to figures connected to the so-called fake electors scheme. Those who have received the subpoenas have largely been state lawmakers or Republican officials, many of whom put their names on documents attesting to the fact that they were electors for Trump from states that were won by Biden.

The subpoenas, some of which have been obtained by The New York Times, show that prosecutors are interested in collecting information on a group of pro-Trump lawyers who helped to devise and carry out the plan, including Eastman and Rudy Giuliani, who was Trump’s personal lawyer.

There are also indications that the tense standoff between the Justice Department and congressional investigators over the transcripts of interviews conducted for the Jan. 6 committee hearings is easing. The House is set to begin handing over some of the transcripts and intends to increase the pace in the coming weeks, according to people familiar with the situation.

Members of the committee have said they are still considering making a criminal referral to the Justice Department in hopes of increasing the pressure on Garland to prosecute Trump.

Garland shrugged off that suggestion.

“I think that’s totally up to the committee,” he said in his NBC interview. “We will have the evidence that the committee has presented, and whatever evidence it gives us, I don’t think that the nature of how they style, the manner in which information is provided, is a particular significance from any legal point of view.” 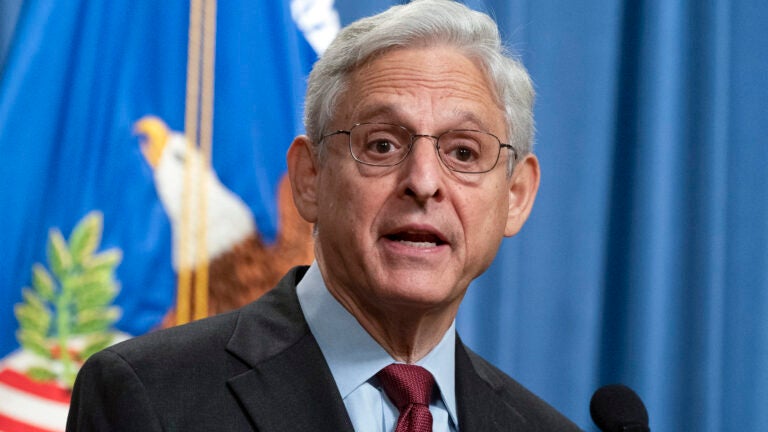