A fundraising campaign has been launched to build a statue in memory of Freya, a 1,300-pound walrus euthanized this week by Norwegian authorities, who said she was a threat to human safety.

The young female walrus – nicknamed after the Norse goddess of beauty and love – had been making a splash in the Norwegian capital, Oslo, since mid-July, napping on boats and sunbathing on piers.

Officials decided to euthanize the walrus in the early hours of Sunday local time after the public ignored repeated warnings to keep their distance from her. Authorities had considered relocating the walrus but ultimately decided the operation was too risky. Marine experts say there’s a chance a sedated marine mammal could drown.

Many people denounced the decision as a national shame. Some raised questions about why authorities didn’t attempt to move the walrus to a safer area or wait for her to leave on her own once summer crowds dispersed.

Freya’s death “has a strong negative signal effect that we in Norway, and especially Oslo, are not able to provide living space for wild animals,” the organizers of the fundraiser wrote in their appeal.

“By erecting a statue of the symbol Freya quickly became, we will always remind ourselves (and future generations) that we cannot or should not always kill and remove nature when it is ‘in the way,’ ” they added.

The campaign had raised close to $20,000 as of Wednesday, and the organizers said several sculptors had expressed interest in creating the statue. In the event that the project does not move ahead, any donations will go to the Norwegian branch of the World Wildlife Fund, they said.

Officials in Oslo did not immediately respond to a query on whether they had been asked about placing a statue in the city.

Walruses normally live in the ice-covered waters of Canada, Greenland, Norway, Russia and Alaska. There are approximately 25,000 Atlantic walruses and 200,000 Pacific walruses in the wild. They typically rest on sea ice between feeding bouts.

However, climate change is increasingly driving animals far from their natural habitats. A beluga whale trapped in a river northwest of Paris, far from its home in the Arctic, died this month as rescuers attempted to get the 13-foot mammal back to the coast.

Freya had also been seen along the coasts of several European countries in recent months, including Britain, Denmark and the Netherlands.

“Sadly, it’s going to get worse as we get more of these polar species starting to come to different waters,” said Karen Stockin, a marine ecologist at New Zealand’s Massey University. New Zealand is experiencing similar challenges in managing marine mammals, including sea lions and leopard seals, which venture to the Pacific nation from the Antarctic.

“Our days of having more clear, definite boundaries between some of these animals and our own existence – with climate change – is going to get less. We’re going to have more overlap in our communities and our coastal environment. And therefore, people will need to plan for it,” said Stockin, who spent the past few days rescuing a pod of wild dolphins stranded on an island off the coast of Auckland, New Zealand.

The frenzy of attention Freya garnered during her time in Oslo – crowds swarming within feet of the walrus – showed that more needs to be done to educate the public on how to stay safe, marine experts say. Officials published a photo Sunday of scores of people crowded on a pier near the animal.

“You wouldn’t be on the Serengeti and thinking it is OK to be up close and personal with a lion,” Stockin said. She said that in cases such as Freya’s, authorities should focus on “people management, not animal management.”

“Something weird happens when it comes to marine mammals. People will get far closer than they ever would with any typically sized terrestrial wild animal. It’s nuts,” Stockin said. “And if it’s not adequately managed by authorities . . . it’s the animal that suffers.” 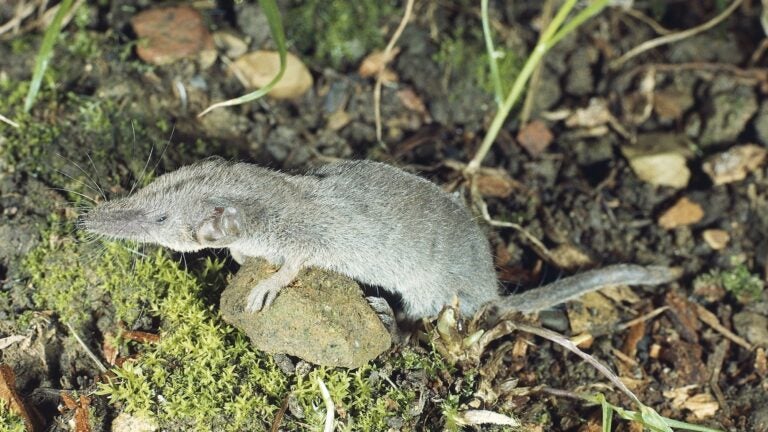