Life expectancy in the United States fell in 2021 for the second year in a row, reflecting the merciless toll exacted by COVID-19 on the nation’s health, according to a federal report released Wednesday.

This is the biggest continuous decline in life expectancy at birth since the beginning of the Roaring Twenties. Americans can now expect to live as long as they did in 1996, according to provisional data released by the National Center for Health Statistics, part of the Centers for Disease Control and Prevention. Overall, life expectancy dropped from 77 years in 2020 to 76.1 years in 2021.

The biggest decline was among Native Americans, whose life expectancy in 2021 plummeted to 65, the age of eligibility for Medicare; in a single year, Native Americans forfeited nearly two years of life. White people had the second-biggest drop, losing a full year of life expectancy, while Black people lost 0.7 years.

“In 2021, things should have been far better,” said Noreen Goldman, a Princeton University demographer who has studied socioeconomic disparities in health for years and whose research focuses on the pandemic’s effect on life expectancy. “There’s some countries whose life expectancy in ’21 was higher than pre-pandemic. They suffered in 2020, and by ’21, they had more than recovered. That’s not us.”

The federal report highlights two key things, said Reed Tuckson, co-founder of the Black Coalition Against Covid. The first: that many of these deaths were unnecessary and preventable, Tuckson said. The second: The extraordinary efforts made by the Black community to overcome the excess burden of death that plagued it at the beginning of the pandemic so it could “save itself.”

“We had to come from so much further back,” said Tuckson, an internist and former D.C. commissioner of public health. “As disease has progressed through society the last couple of years, that gap has closed. Simultaneously, White America, particularly in red states, is not as compliant with guidance. Leadership was much less focused. And we’re probably seeing the results of that.”

Some of that goes back to messaging, public health experts said.

Throughout the pandemic, the coronavirus has disproportionately carved a path of death and disease through the nation’s communities of color. The chasms between the health status of the nation’s racial and ethnic groups are centuries in the making, with marginalized people suffering the deleterious consequences of entwining environmental, economic and political factors that put them at higher risk of chronic conditions that leave immune systems vulnerable.

“If someone from a community experienced lifelong food insecurity, no proper access to primary care doctors and other adverse experiences, their immune response to a disease like covid would be poor,” said Dana Burr Bradley, dean of the Erickson School of Aging Studies at the University of Maryland at Baltimore County.

And so, even before the pandemic, Native American and Black people lived shorter lives than most other Americans. The truncated life spans reflect a broader disparity: higher rates of obesity, diabetes, coronary heart disease, stroke and chronic liver disease than experienced by White people. And research shows that they develop those chronic conditions years earlier, too.

It is because of this history that Abigail Echo-Hawk, executive vice president at the Seattle Indian Health Board and director of the Urban Indian Health Institute, said she takes issue with the way the report frames the drop in life expectancy among Native Americans as primarily the result of covid-19. The federal study also cites unintentional injuries, chronic liver disease and cirrhosis.

“We’re not at risk because we’re Native,” she said. This is “a virus that took advantage of the rampant health disparities that have been created by this country. That’s what this paper shows. We have to recognize it for what it is.”

Part of that fight for recognition means being counted among the coronavirus casualties, because incorrectly classifying Native American people in race and ethnicity data often obscures their health experiences. Because of this, Echo-Hawk said, the federal report probably doesn’t capture the full scope of the devastation in that community.

“In the Native community, a very common saying to say is, ‘You’re born Indian, and you die White,’ ” Echo-Hawk said. “There is a lot of grief in looking at those data and seeing the people we know die and [who] aren’t represented.”

Life expectancy at birth, considered a reliable barometer of a nation’s health, has risen steadily in the United States since the middle of the 20th century, with small annual decreases in recent years caused mainly by “deaths of despair” – drug overdoses, alcoholism and suicide. Flat and modestly declining life expectancy from 2015 to 2017 caused considerable concern among public health experts after decades of progress against heart disease, cancer and other maladies.

In 2019, life expectancy ticked back up as the number of fatal drug overdoses dropped slightly for the first time in 28 years.

Then came the pandemic, and life expectancy has been in a decline since.

“The idea that people’s life expectancy – in such a wealthy nation – would decrease is a wake-up call,” Bradley said.

The drop in life expectancy was fueled, in part, by the staggering number of deaths of younger people in communities of color. Covid death rates in young and middle-aged Native Americans was 10 times higher than for White people in 2020 and four to five times higher in 2021, according to a peer-reviewed study published last month in the journal Demographic Research.

The result, according to the report, which Goldman co-authored: Native Americans’ life expectancy dropped 6.4 years in two years.

The report called Native American life expectancy “shockingly low” for a high-income country, saying it was the lowest of every country in the Americas “with the sole exception of Haiti, where the estimated life expectancy is similar at 64.”

So many deaths at a younger age also contributed to the erosion of the life expectancy “Latino paradox.” For years, researchers had recognized that Latinos in the United States lived longer than White people, despite socioeconomic factors that typically erode health and shorten lives. This advantage had grown since 2006, when the federal government began separately documenting Latinos’ life expectancy.

About two-thirds of that advantage is gone in the shadow of the coronavirus pandemic, Goldman said.

“How is this country going to address this injustice?” Echo-Hawk asked. “We die in silence.” 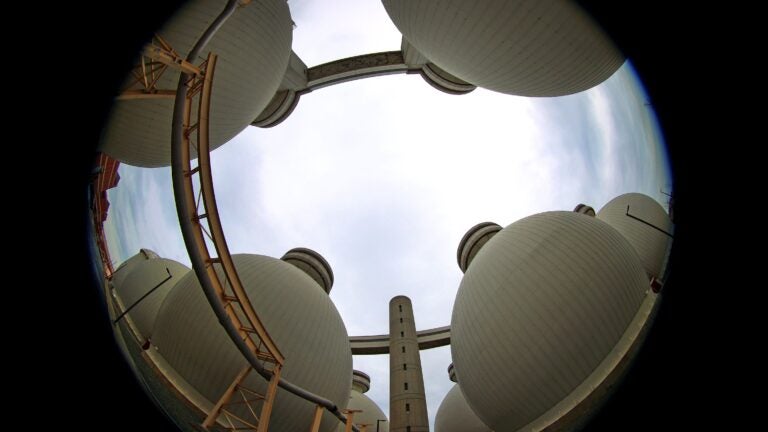