To professional fact-checkers who sort fact from fable on social media, Hurricane Shark has been a longtime nemesis.

For more than a decade, fake, grainy images of a shark swimming in waters it doesn’t belong in — usually a highway and a subway platform — have reliably circulated during nearly every major storm.

It was never real. Yet it kept coming up, shared without skepticism yet again, and the checkers of facts were forced to defeat it again, over and over.

So you can imagine their hesitant surprise when a new video emerged Wednesday appearing to show a shark in a backyard near Fort Myers, Florida, which had been battered by Hurricane Ian and was beginning to flood. Although this video didn’t have the telltale signs of fakery that previous versions did, skepticism was warranted as it racked up millions of views on Twitter.

Then evidence began emerging that it might actually be real. And Thursday, The Associated Press confirmed its authenticity with firsthand interviews and an analysis of the original clip’s metadata, nailing down a story reporters thought they would never write. Storyful, a news agency, also confirmed it was genuine.

“After over half a decade of debunking this hoax every time there was a flood or hurricane, I can’t believe I’m looking at an honest-to-god street shark,” wrote Jane Lytvynenko, a freelance reporter. “Good to finally meet you, pal.”

The AP analysis appeared to leave little doubt about the video’s authenticity. The news agency quoted Dominic Cameratta, a local real estate developer, who confirmed he filmed the clip himself. The metadata of the original clip showed it was captured Wednesday morning.

What is less certain is what animal was seen in the clip. Experts disagree on whether it was a shark or a large fish. The video shows what appears to be a fin sticking out of the water, but there did not appear to be enough evidence to know with certainty. The AP quoted two experts, one who said it “appears to be a juvenile shark” and another who said, “it’s pretty hard to tell.”

Severe weather events often produce stunning photos and videos recorded by nonjournalists, making it occasionally difficult to sort out what’s real on social media and what’s doctored or from a previous storm. Sharks in hurricanes have become a frequent case study in training journalists to identify misinformation on social media, and several journalists were initially reluctant to believe it this time.

Since the shark hoaxes began, dating to at least 2011, it has been an irresistible supposed indicator of a storm’s chaos. Many people have shared it out of genuine confusion, others treating it as a joking meme to resurrect during each storm or flooding event.

There it was, the same shark swimming down the highway in Hurricane Irene in 2011 and Hurricane Harvey in 2017. It glided past two different porches in Hurricane Sandy in 2012. It also grabbed a train in Toronto in 2012 and in Sydney in 2022.

It is eternal, and it is everywhere. 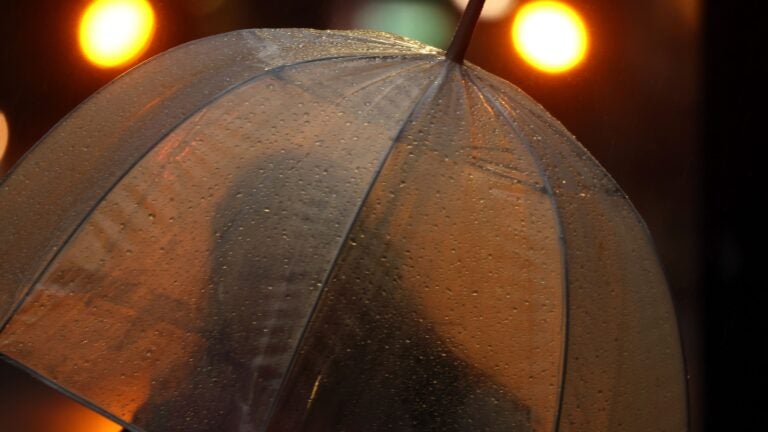 Thanks to climate change, when it rains, it pours, Northeastern study confirms