Scientists have successfully transplanted clusters of human neurons into the brains of newborn rats, a striking feat of biological engineering that may provide more realistic models for neurological conditions such as autism and serve as a way to restore injured brains.

In a study published last week, researchers from Stanford University reported that the clumps of human cells, known as “organoids,” grew into millions of new neurons and wired themselves into their new nervous systems. Once the organoids had plugged into the brains of the rats, the animals could receive sensory signals from their whiskers and help generate command signals to guide their movements.

Dr. Sergiu Pasca, the neuroscientist who led the research, said he and his colleagues were now using the transplanted neurons to learn about the biology underlying autism, schizophrenia and other developmental disorders.

“If we really want to tackle the biology of these conditions, we’re going to need more complex models of the human brain,” Pasca said.

In 2009, after training in medicine in Romania, Pasca joined Stanford as a postdoctoral researcher to learn how to create human neurons in a dish. He and his colleagues took skin cells from volunteers and bathed them in chemicals that caused them to change character. Now they were more like embryo cells, which can become any tissue in the body.

With the addition of more chemicals, the researchers coaxed the cells to develop into neurons. They could then observe pulses of voltage shoot down the length of the neurons as they lay in a dish.

Pasca and his colleagues carried out the same experiment again, this time using skin cells from people with Timothy syndrome, a rare form of autism caused by a single mutation that leads to serious heart problems as well as impaired language and social skills.

Growing Timothy syndrome neurons in a dish, Pasca could see a number of differences between them and typical neurons. They produced extra amounts of signaling chemicals such as dopamine, for example.

But examining single cells could reveal only a limited number of clues about the condition. Pasca suspected that he could learn more by studying thousands of neurons joined together in circuits called brain organoids.

A new chemical recipe allowed Pasca to mimic the condition inside the developing brain. Bathed in this broth, skin cells turned into progenitor brain cells, which in turn became tangles of neurons found in the brain’s outer layers, called the cortex.

In a later study, he and his colleagues connected three organoids: one made of cortex, another of spinal cord and a third of muscle cells. Stimulating the cortex organoid caused the muscle cells to contract.

But organoids are far from being miniature brains. For one thing, their neurons remain stunted. For another, they are not as electrically active as ordinary neurons in a living brain. “It’s clear that there are a number of limitations to these models,” Pasca said.

Scientists began putting organoids in living brains, theorizing that a petri dish limited an organoid’s development. In 2018, neuroscientist Fred Gage and his colleagues at the Salk Institute for Biological Studies transplanted human brain organoids into the brains of adult mice. The human neurons continued to mature as the mouse brain supplied them with blood vessels.

Since then, Gage and other researchers have implanted organoids into the back of the brain, where mice perceive signals from their eyes. When the animals saw pulsing flashes of white light, the human-organoid neurons responded in much the same way the mouse’s own cells did, according to a study published online in June that has not yet been peer-reviewed.

Pasca and his team were also working on organoid transplants, but they chose to put them into young rodents rather than adults. A day or two after a rat was born, the scientists injected an organoid the size of a poppy seed into a region of the brain called the somatosensory cortex, which processes touch, pain and other signals from across the body. In rats, the region is especially sensitive to signals from their whiskers.

The human neurons multiplied in the rat brain until they numbered about 3 million, making up about a third of the cortex on one side of the rat brain. Each cell in the organoid grew six times longer than it would have in a petri dish. The cells also became about as active as neurons in human brains.

Even more strikingly, the human organoids spontaneously wired themselves into the rat brain. They connected not just to nearby neurons, but to distant ones as well.

Those connections made the human neurons sensitive to the rat’s senses. When the researchers blew puffs of air over the rat’s whiskers, its human organoid crackled in response.

Pasca and his colleagues also ran experiments to see how the organoids affected the behavior of the rats, using a water fountain in their chambers.

After 15 days of training, the rats learned they could get a drink from the fountain when their organoid was stimulated. The human organoids were apparently sending messages to the reward-seeking regions of the rats’ brains.

These species-blending experiments raise provocative ethical questions. Before starting the work, Pasca consulted with experts at the Center for Law and the Biosciences at Stanford, who urged him to pay special attention to the animals’ pain and well-being.

“You’re not just worried about how many mice are in a cage, or how well they’re fed,” said Henry Greely, a Stanford law professor. “This is a new kind of thing. You don’t know what you might see.”

Pasca’s team found no evidence that the rats experienced pain, became prone to seizures or suffered a loss of memory or control of their movements. “It turns out that the rats tolerate the human graft really well,” Pasca said.

Giorgia Quadrato, a neurobiologist at the University of Southern California who was not involved in the new study, noted that the human organoids did not make the rats more human. On learning tests, for example, they scored no better than other rats.

“They are rats, and they stay rats,” Quadrato said. “This should be reassuring from an ethical perspective.”

But that might not hold true if scientists were to put human organoids in a close relative of humans, like a monkey or a chimpanzee. “It would be a good opportunity to set guidelines to operate in the right ethical framework in the future,” she said.

Pasca said that the similarity between primates and humans might allow the organoids to grow more and take on a bigger role in the animal’s mental processes. “It’s not something that we would do, or would encourage doing,” he said.

Pasca is using the implanted organoids to study neurological disorders. In one experiment, Pasca’s team implanted an organoid from a patient with Timothy syndrome on one side of a rat’s brain and implanted another organoid without the mutation on the other side.

Both organoids grew in the rats. But the Timothy syndrome neurons developed twice as many branches for receiving incoming signals, called dendrites. What’s more, the dendrites were shorter.

Pasca hopes that he will be able to observe differences in the way rats behave when they carry brain organoids from people with autism and other neurological conditions. Such experiments could help reveal how certain mutations alter the way the brain works.

Dr. Isaac Chen, a neurosurgeon and organoid researcher at the University of Pennsylvania who was not involved in the research, saw another possibility in the new study: the repair of injuries to human brains.

Chen envisioned growing brain organoids from the skin of a patient with a damaged cortex. Once injected into the brain of the patient, the organoid might grow and wire up with healthy neurons.

“This idea is definitely out there,” he said. “It’s just a matter of, how do we take advantage of it, and take it to the next level?” 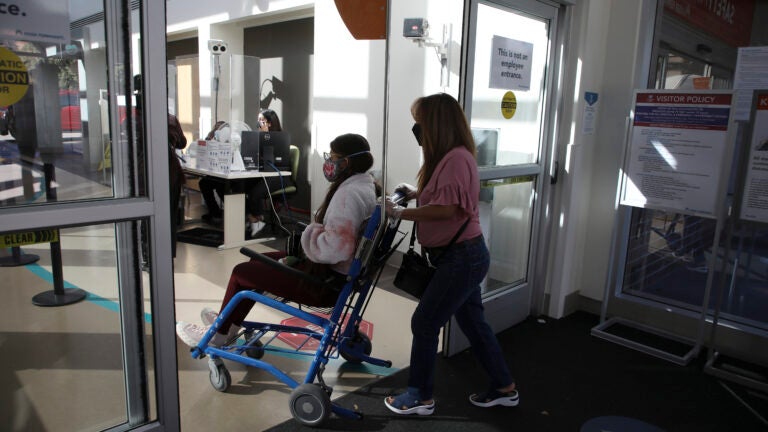