Officials in northwest Ohio have cleared dead mink from a highway and are warning residents that the hungry animals could seek out their pets and livestock for meals, after some 10,000 of the sleek creatures escaped from a farm Tuesday.

The owner of the Lion Farms USA mink farm in Hoaglin Township, which is about 150 miles north of Cincinnati and near Ohio’s border with Indiana, told the Van Wert County Sheriff’s Office on Tuesday morning that someone had broken into the farm and opened cages that held somewhere between 25,000 to 40,000 mink.

Sheriff Thomas Riggenbach of Van Wert County said that by Tuesday afternoon, farm employees had corralled most of the mink, but he advised residents that there were still about 10,000 mink unaccounted for.

“I don’t know that there is a significant threat to people, per se,” Riggenbach said in an interview Wednesday, but he added that they could attack other small animals and livestock. “I don’t want to encourage people to approach them and try to capture them on their own.”

Van Wert County is a flat, rural area with many farms. The mink farm can be seen from highway U.S. 127, which was littered with dead mink Wednesday morning, the sheriff said.

“We had to have our department of transportation come out this morning to assess the highway road condition because of the number of animals that had been killed by traffic, and get the roadway cleaned off to avoid having any safety issues that way,” Riggenbach said.

His office has advised residents who are concerned about mink on their property to contact a nuisance trapper, who has the equipment and experience to safely recapture the creatures. Residents can also hunt the mink if they are on their own property.

Riggenbach said that the loose mink might attack livestock and pets, including chickens, ducks and fish. “Typically, these animals would be fed on a routine within the facility, and now they are going to be trying to figure out feeding themselves,” the sheriff said.

The sheriff said that it was not realistic that all the mink would ever be accounted for and that on Wednesday morning, there were likely less than 10,000 on the loose because some had been trapped, killed or corralled.

The sheriff said officials were investigating who had released the mink.

Mark Flint, the head of the Zoo and Wildlife Conservation Medicine, Ecosystem Health and One Welfare program at Ohio State University, said mink would only attack humans “out of fear” and did not pose a disease risk.

Mink are carnivores, and Flint said in an email that introducing a large number of them to the environment as winter approaches, when resources are dwindling, could “be of detriment to the local environment.”

“These are domesticated animals that have been fed daily, housed and cared for,” Flint said. “Now they have been made to fend for themselves as our temperatures drop to the 20s, at a time when food availability is low. It will likely, sadly, result in high death rates of these animals.”

Mink farms have been targeted by animal welfare activists for decades. In the United States, mink farms sell most of their product abroad because the domestic market for the fur is so small. Luxury brands including Burberry, Chanel and Ralph Lauren have banned fur.

During the coronavirus pandemic, these farms have been under new scrutiny from scientists concerned that coronavirus infections in mink could harbor the virus long term or be a potential source for new variants. Congress is considering a ban on mink farming.

In late 2020, Denmark ordered the culling of its entire mink population because of concerns that a mutated version of the coronavirus that had infected mink could make vaccines less effective in people. In July, Prime Minister Mette Frederiksen of Denmark apologized to the country’s mink farmers after a report blamed top officials for mishandling the cull.

In the United States, at least four people in Michigan were infected with a version of the coronavirus observed mostly in mink, the Centers for Disease Control and Prevention said in April.

The manager of the mink farm in Van Wert County, Eddie Meyer, could not be reached for comment Wednesday.

Meyer told WPTA21, a local news station, that the farm would have to shoot and kill any recaptured minks because they were susceptible to disease once outside of their cages. He said he believed the Animal Liberation Front, an animal welfare activist group, was responsible for the release because the words “ALF We’ll be back” were spray-painted on the farm, he said.

The North American Animal Liberation Press Office, which relays messages from the Animal Liberation Front about its actions, said in a news release Tuesday that it had not received a claim for the Ohio mink release but noted two similar actions in Ohio and Michigan this month. 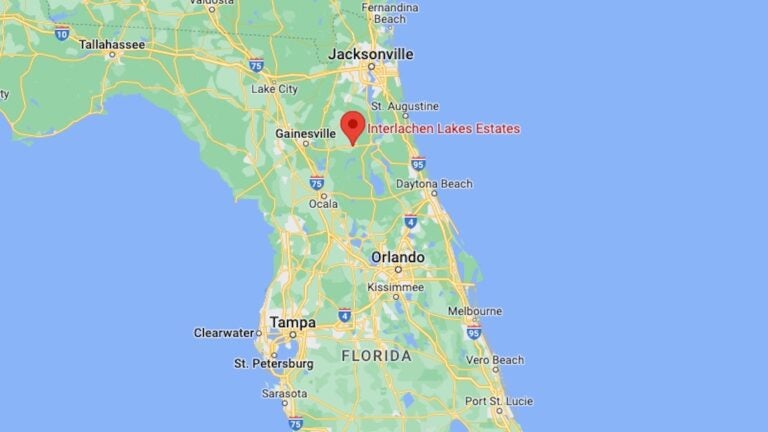 Florida mail carrier dies after being attacked by dogs