Five Connecticut police officers were charged Monday with misdemeanors in a case in which a Black man who was being transported in the back of a police van became paralyzed when the driver hit the brakes hard, shattering the man’s spine.

The man, Richard Cox, 36, known as Randy, was being taken to a police station in New Haven on June 19 on a weapons-related charge in a van that was not equipped with seat belts. He smashed headfirst into the van’s inside wall, and the incident was captured on video.

The officers appeared to treat him callously following his injuries, mocking his inability to sit up, police video and audio released by lawyers for his family show.

The case is strikingly similar to that of Freddie Gray, a 25-year-old Baltimore man who died in 2015 after police officers drove him unrestrained in the back of a similar transport vehicle. In Cox’s case, police officers who attended the injured man admonished him to get up and said he was drunk, according to police records.

In a conversation captured on a recording, he told the officers he could not feel anything or move. “If you’ve got to drag me, do what you’ve got to do,” Cox said. The officers dragged him from the van by his feet.

On Monday the five New Haven officers involved — Oscar Diaz, Ronald Pressley, Jocelyn Lavandier, Luis Rivera and Sgt. Betsy Segui, who face reckless endangerment and cruelty charges — turned themselves in at the Connecticut State Police barracks, according to state police. They were each released on $25,000 bond, with a court date set for Dec. 8.

“The City of New Haven is committed to accountability for all individuals involved in this tragic incident,” New Haven Mayor Justin Elicker said in a statement.

At a news conference at City Hall on Monday, Karl Jacobson, New Haven police chief, addressed the charges. “It’s hard to see officers charged,” Jacobson said, according to published reports. “You can make mistakes, but you can’t treat people the way Randy Cox was treated.”

Jack O’Donnell, Cox’s lawyer, said that while his client’s family is pleased that arrests were made, they believe that police officers should have faced more stringent charges. That said, they were heartened by the fact that New Haven state’s attorney, John P. Doyle Jr., brought a cruelty charge that entails criminal negligence. “Even though it is a misdemeanor, it is a fitting charge,” O’Donnell said. “Because it was abundantly clear that it was cruel and inhumane.”

This fall, Cox’s legal team filed a lawsuit in federal court in New Haven against the city and the officers, seeking $100 million in damages for his injuries and suffering. In separate legal responses, several of the officers claimed protection under qualified immunity — a legal doctrine that protects officials and law enforcement officers from being individually liable unless a constitutional right was clearly violated. The Elicker administration also filed a similar claim.

Cox’s injuries, both the officers’ and the city’s filings claimed, might have resulted in part from his own negligence. O’Donnell said his client, who underwent several surgeries to repair his spine and is paralyzed from the chest down, was appalled by their response.

Cox is currently in a rehabilitation center. “His surgeon said it is doubtful that he will ever walk again, that hit him kind of hard,” O’Donnell said. “We try to boost his spirits by saying that ‘doubtful’ isn’t a final conclusion.” 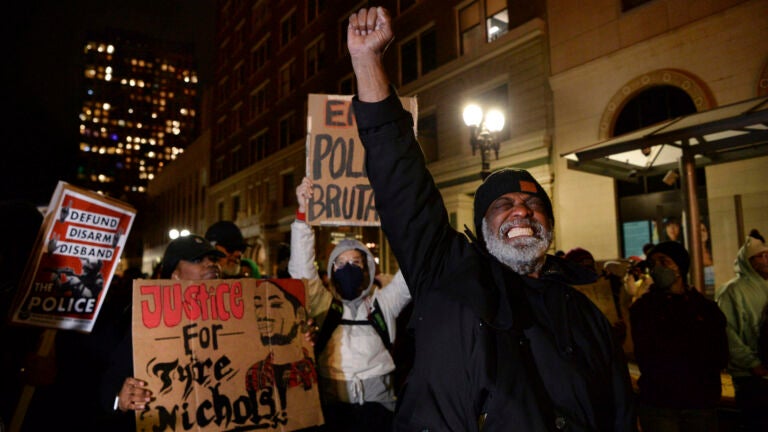