SEATTLE (AP) — Authorities closed portions of several roads Tuesday as they searched for the suspect in a random shooting at a Yakima, Washington, convenience store that left at least three people dead.

“It appears to be a random situation,” Murray said during a news conference. “There was no apparent conflict between the parties. The male just walked in and started shooting.”

Police did not immediately release additional details about the victims but said the suspect — identified as 21-year-old Jarid Haddock, of Yakima County — should be considered armed and dangerous. He drove away in a gray or silver sedan, possibly a Chrysler 200, Murray said, heading toward the suburban community of Moxee on Highway 24.

The shootings are yet another outbreak of violence in the early weeks of 2023 as the U.S. suffers a wave of mass killings.

“This is a dangerous person and it’s random, so there is a danger to the community,” Murray said. “We don’t have a motive.”

Police converged on a home across a road from a storage facility on the outskirts of the city of nearly 100,000 residents about 140 miles (225 kilometers) southeast of Seattle.

On a normal day, Tabitha Johnson wouldn’t lock the doors to Yakima Riverside Storage, but on this day, with a gunman on the loose and a half-dozen police cars and two SWAT vehicles across the road and a firetruck parked next door, she was taking safety measures.

“I’m worried. I have my doors locked. I only let in who I know and who I recognize,” said Johnson, who was working alone as a receptionist at the self-storage facility. She said she can see who is at the door through windows and security cameras.

“It’s quite scary, but Yakima isn’t new to shootings,” said Johnson, who is 39.

When officers responded to the Circle K shooting, they also found a second shooting scene at an ampm convenience store across the street, Murray said. Police initially believed that the shooter fired into a nearby car, possibly injuring a person inside before stealing the vehicle and fleeing the scene, but the Yakima Police Department later said that new information suggested there may not have been a fourth victim after all.

“I want to remind everybody that this is really new. It’s dynamic, things are changing, we are getting new information constantly,” Murray said. 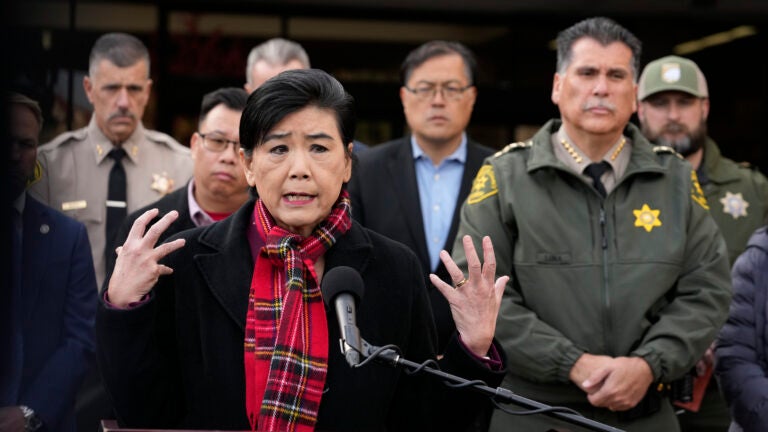