Worcester Fire Lt. Jason Menard would do anything for his three children.

At their sports games and stage appearances, he was always on the sidelines or in the audience cheering them on, his obituary says.

“Jason was a true family man who wanted nothing but the best for them,” it reads. “He rarely missed a softball or basketball game, dance competition or any other activity his children were involved in. Dad was their biggest fan and supporter.”

The love he had for them and for his wife, Tina, is how the Worcester native will be remembered, according to the obituary.

Menard, a nearly 10-year veteran of the Worcester Fire Department, died Nov. 13 after being trapped in a four-alarm fire on Stockholm Street. He was 39.

Officials say his death came after he was able to bring two of his other crew members to safety as the group searched the home for a baby and resident reportedly still in the building.

Born on April 4, 1980, Menard graduated from Doherty Memorial High School in 1999, where he met Tina, “the love of his life,” his obituary says.

The couple married in 2003 and “together they would go on to raise three beautiful children,” Joshua, Hailee, and Morgan, according to the obituary.

Menard joined the fire department in October 2010 and was promoted to lieutenant last year.

“Jason enjoyed camping and never turned down a board game challenge from his children. He loved working in the yard and everything Pumpkin Spice,” his obituary says. “His love for his family, his selflessness, and his unique sense of humor is how he will be remembered.”

His funeral was scheduled for 11 a.m. Monday at St. John’s Church in Worcester.

In a statement included in the funeral program, the Menard family thanked the community for its support over the past several days.

“The family wishes to express our heartfelt thanks for your expressions of sympathy, caring, and compassion shown to us during these most difficult hours,” the statement says. “Whether it was a prayer, a phone call, a visit, food, kind words or your presence, we want you to know how we are truly appreciative.”

Worcester Fire Lieutenant Jason James Menard, 39, passed away Wednesday, November 13, 2019 from injuries suffered when he became trapped in a four-alarm fire in Worcester, after helping his Ladder crew get to safety.

Jason was born in Worcester, on April 4, 1980, the son of James Menard and Cheryl (Pike) Kelly. Jason graduated from Doherty Memorial High School, Class of 1999. This is where he met the Love of his Life Tina. The two would marry in 2003 and together they would go on to raise three beautiful children.

Jason began his journey with the Worcester Fire Department on October 25, 2010. Throughout his career, Jason was assigned to Ladder 6 and Engine 11 of the Greendale Station and Engine 4 of the Park Avenue Station. On October 9, 2018, Jason was promoted to Lieutenant and assigned to Ladder 5 of the McKeon Road Station. When not working for the Fire Department, Jason worked for the Washburn-Garfield Corporation.

Jason is survived by his cherished family, his wife of sixteen years, Tina; their three children, Joshua, Hailee, and Morgan Menard; his mother and step-father, Cheryl (Pike) Kelly and Peter D. Kelly of Worcester; his sister, Heather Current and her husband Dan and their children Hannah and Macey of Shrewsbury; his father and mother-in-law, Francis and Theresa Mosso of Worcester; his maternal grandmother, Anne Clark of North Port, Florida. He also leaves behind many Aunts, Uncles, Cousins and friends, Michael Giangrande, Jr., his wife Kristen and their children, Olivia, Sophia, and Dante. Jason was god father to three special girls who loved him dearly, Macey, Lilliana and Liberty. He is predeceased by his father, James Menard; his grandparents, William Pike, Paul and Mildred Menard.

Jason was a true family man who wanted nothing but the best for them. He rarely missed a softball or basketball game, dance competition or any other activity his children were involved in. Dad was their biggest fan and supporter.

Jason enjoyed camping and never turned down a board game challenge from his children. He loved working in the yard and everything Pumpkin Spice. His love for his family, his selflessness, and his unique sense of humor is how he will be remembered.

Calling hours for Jason will be held on Sunday, November 17, 2019 from 3 pm to 7 pm in the MERCADANTE FUNERAL HOME & CHAPEL, 370 Plantation St. His funeral will be held Monday, November 18th at 11:00 am in St John’s Church, 44 Temple St., Worcester (please go directly to church). Burial with Worcester Fire Department Honors will follow in St. John’s Cemetery, Worcester. In lieu of flowers, memorial remembrances in Jason’s name can be made to the Worcester Firefighters Scholarship Fund, 625 Chandler Street, Worcester, MA 01602. 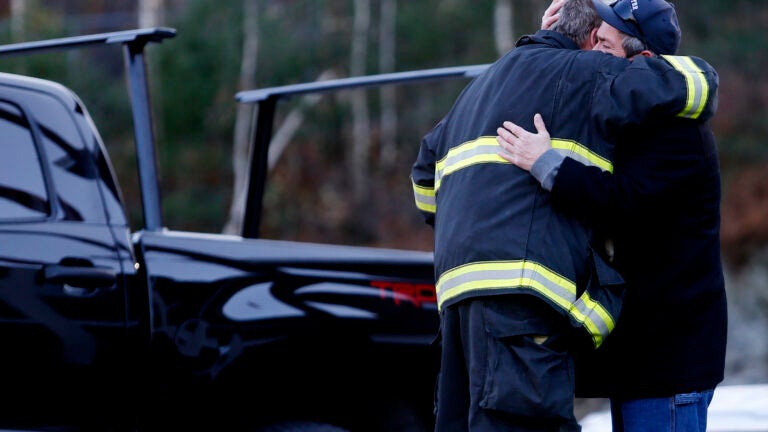