The New Hampshire family behind the beloved Puritan Backroom restaurant is mourning the loss of one of their own.

Charlie Zink, 15, drowned Sunday after dropping from a rope swing into Bedford’s Sebbins Pond, according to the New Hampshire Union Leader. The teen, who had just finished his freshman year at Bedford High School, is the son of Eric Zink, the restaurant’s general manager, and grandson and nephew of the co-owners Arthur Pappas and U.S. Rep. Chris Pappas, respectively.

“He was proud to work at his family’s restaurant, the Puritan Backroom, and he represented the fifth generation to bus tables and work in the kitchen,” the teen’s loved ones wrote in his obituary.

Zink’s family wrote that the 15-year-old passed away while “swinging for the limits, simply enjoying a summer evening with friends as a teenage boy.”

“There are no words to describe the magnitude of the loss of this amazing 15-year-old or what he meant to all who knew and loved him,” Zink’s uncle, the New Hampshire congressman, wrote on Twitter.

“Charlie saw the world very differently than most and could perceive things when others could not,” his loved ones wrote in his obituary. “As a two-year-old boy learning to read, he found numbers and letters hidden in nature, within the shape of a tree branch or crack on the sidewalk. He had an incessant thirst for knowledge and learning, and would become fascinated by a particular subject matter delving in for years at a time.”

While the COVID-19 pandemic brought hardship to many around the globe, Zink’s loved ones wrote that the lockdown was an “amazing gift” to the family, allowing them “hours, days, and weeks” with the teenager, who loved athletics and games, they would not otherwise have had together.

“We simply were given the invaluable gift of time with a boy we will never get enough with,” his loved ones wrote. “We are so very grateful for that. Charlie was truly a gift to all of us.”

A funeral service for Zink will be held on Friday, with a casual celebration of the teen’s life to follow at the Puritan Backroom Conference Center. His loved ones are are urging attendees to “please feel free to wear any jersey you like.”

“Charlie would never want to make someone dress up for no reason!” they wrote.

Read the full obituary for Zink, shared by Lambert Funeral Home, below:

Charles Arthur Zink was born in Boston, MA on March 3rd, 2006, and his fascination with numbers and patterns was just meant to be from the very beginning. Charlie passed away on June 20th, 2021 in the process of swinging for the limits, simply enjoying a summer evening with friends as a teenage boy.

Charlie was a blossoming young man that had so many passions in life. He dreamed of becoming a world-famous roller-coaster designer and spent hours pursuing that passion on the Planet Coaster video game. He had made detailed RV travel plans for this summer to visit Cedar Point and other amusement parks along the way so he could ride the steepest, fastest and craziest coasters in the world.

Charlie was a rising 10th grader at Bedford High School. He really enjoyed school and was so excited for his new classes in the fall after being inspired by many Bedford educators along the way. He was proud to work at his family’s restaurant, the Puritan Backroom, and he represented the fifth generation to bus tables and work in the kitchen.

Charlie saw the world very differently than most and could perceive things when others could not. As a two-year-old boy learning to read, he found numbers and letters hidden in nature, within the shape of a tree branch or crack on the sidewalk. He had an incessant thirst for knowledge and learning, and would become fascinated by a particular subject matter delving in for years at a time. He loved patterns and ways to group things together. He also had an amazing memory of athletic statistics, addresses, or really any detail he had ever read or heard. Charlie knew his geography, a passion that began at an early age memorizing renditions of songs about the 50 states, countries, and all the capitals of the world. Recently, he began to formulate plans to travel the world and would love to have been a contestant on ‘The Amazing Race’ television show.

Charlie was a great athlete, but loved basketball more than anything. He loved to play pickup with his siblings in the backyard under the lights, and he loved to play organized basketball as part of many teams over his short career: through the town of Bedford, St. George Greek Orthodox Cathedral, and Cap City AAU. He loved watching professional and college basketball on TV and then devouring the stats in the morning news. He dreamed of earning a spot on the BHS varsity team some day and was enjoying the summer clinics he was able to attend this summer. He was never going to be the one to score the most points, but he was always the first one on the floor for a loose ball, always was going for the steal and gave it his all on the court whenever he was out there. We are so thankful to all the coaches that helped him pursue this love of basketball. Board games were also a favorite of Charlie’s, particularly games of Scrabble against his uncle and grandparents, Ticket to Ride with Chris and Vann, Monopoly with the neighbors, or Scattergories & Mario Kart at one of our regular Sphinx nights.

Charlie fell in love with CrossFit over the last 18 months working out with his mom, dad, sister Annie, and many close family friends young and old. It was so fun to share that as a family and a community. He was a competitor and did everything he could not to get beat by Annie, but especially not by his old mom! He was getting so strong and so fast. It would have been amazing to watch him progress.

Charlie loved playing on Moody Beach with his younger cousins and brother Ollie, earning the nickname “Big Charlie” as he led games of soccer and kickball. Charlie loved his little brother Oliver and lovingly nicknamed him “Chubby Choo” that also had a catchy song to accompany it! When friends were over, Charlie included Oliver in with the big guys with everything they did.

Though COVID has brought much hardship to many around the world, it was actually an amazing gift for our family. The world stopped and with that we gained hours, days, and weeks that we would not normally have gotten to spend together and especially with a teenage son. Charlie made us homemade pasta and sauce with a new pasta maker. He air-fried churros for dessert. He air-fried countless things that we could not get out of the air fryer! The four kids played boys vs. girls 2v2 basketball almost every evening, rain or shine. He played football in the yard with his dad and siblings, trying not to get taken down by Wilson the Dog’s mean defense. We simply were given the invaluable gift of time with a boy we will never get enough with. We are so very grateful for that. Charlie was truly a gift to all of us.

Charlie is survived by his loving parents Eric and Alyssa; and his three siblings, Annie (13), Eva (11), and Oliver (8); as well as two pets, Wilson the dog and Hazel the cat, all of Bedford. He is also survived by his grandparents, Dawn and Arthur Pappas of Manchester, and Rob and Virginia Zink of New Canaan, CT; and Christina Boldrick and David O’Connor of Orlando, FL; his uncle Chris Pappas and his partner Vann Bentley; his uncles and aunts Lee & Kiera Zink and Alex & Ashley Zink; as well as many other uncles, aunts, cousins, and very close family friends.

Services: There are no calling hours. A funeral service will be held on Friday, June 25th at 11 am at Bedford Presbyterian Church, 4 Church Road, Bedford; the church is requiring everyone to wear a mask inside. A casual celebration will be held immediately following at the Puritan Backroom Conference Center in Manchester and is open to all who would like to celebrate Charlie’s life.

Charlie would never want to make someone dress up for no reason! Please feel free to wear any jersey you like. Maybe one you wore playing on a team with Charlie? A favorite NBA jersey? Some Bedford swag? 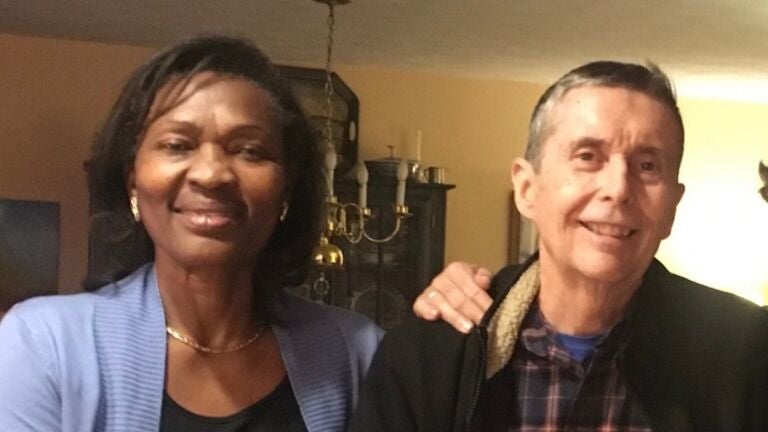 A husband and wife were found murdered near a N.H. walking trail. What we know about the case so far.