As much as socialism has seen a recent resurgence in popularity in the United States, Sen. Elizabeth Warren says she’s a “capitalist to my bones.”

But that doesn’t mean the Massachusetts senator doesn’t see flaws in the current system. So in an attempt to get capitalism to work better for average Americans, she introduced a bill Wednesday that would revolutionize the way large corporations are run.

The bill, which is called the “Accountable Capitalism Act,” takes aim at what Warren says is the root of the country’s “fundamental economic problems,” such as decades of wage stagnation, increasing inequality in worker compensation and stock ownership, and underinvestment by big American companies.

Warren attributes those problems to a shift, which she says dates back to the 1980s, in the obligations of corporations — from balancing responsibilities to all their stakeholders — including both employees and stock owners — to prioritizing their financial return to shareholders only.

“For decades, American workers have helped create record corporate profits but have seen their wages hardly budge,” Warren said in a statement Wednesday. “To fix this problem we need to end the harmful corporate obsession with maximizing shareholder returns at all costs, which has sucked trillions of dollars away from workers and necessary long-term investments.”

In order to become a corporation, companies have to obtain a corporate charter, which spells out their objectives, structure, and requirements for obtaining legal corporate citizenship. For the largest American corporations, Warren wants to attach some more conditions to the privilege of legal personhood.

Currently, companies obtain charters at the state level, but Warren’s bill would require companies with more than $1 billion in annual revenue to obtain corporate charters at the federal level as well. Under her legislation, this new federal charter — administered from a newly created office inside the Department of Commerce — would come with a number of requirements aimed at changing the incentives.

“My bill will help the American economy return to the era when American companies and American workers did well together,” she said.

First, the federal charter would obligate top executives to consider the interests of “all corporate stakeholders,” including employees, customers, shareholders, and the communities in which the company operates. Warren’s office says this approach follows the “Benefit Corporation” model, which has been exemplified by prominent companies like Ben & Jerry’s and Patagonia.

Second, the charter would require that at least 40 percent of corporate board member at those companies are elected by employees. Known as “co-determination,” this system of corporate governance is favored by more than half of Americans and has already been implemented in many European countries, such as Germany, where the gap between CEO and worker pay is much narrower than in the United States. Research has also shown that, as a result, German companies are less short-sighted.

According to Warren’s office, companies that currently meet the $1 billion threshold would have to get the new federal charter within two years, if the bill is passed. And companies that reach the threshold at some point in the future would have one year to obtain the charter. State attorneys general would also be able to petition to revoke the charter of companies that repeatedly break the rules and do not meaningful take steps to address their violations.

Amid the growing push in progressive politics for new government programs, Warren stresses that her bill addresses business from the inside-out.

“This doesn’t change anything,” she told CNBC on Wednesday. “Let’s be clear. This is no new taxes, and I wanna be really, really clear, it doesn’t cost the American taxpayer a single penny.”

In an opinion piece for the Wall Street Journal, Warren argued that her legislation would actually represent a return to how American capitalism used to work.

For much of U.S. history, the answers were clear. Corporations sought to succeed in the marketplace, but they also recognized their obligations to employees, customers and the community. As recently as 1981, the Business Roundtable—which represents large U.S. companies—stated that corporations “have a responsibility, first of all, to make available to the public quality goods and services at fair prices, thereby earning a profit that attracts investment to continue and enhance the enterprise, provide jobs, and build the economy.” This approach worked. American companies and workers thrived.

Late in the 20th century, the dynamic changed. Building on work by conservative economist Milton Friedman, a new theory emerged that corporate directors had only one obligation: to maximize shareholder returns. By 1997 the Business Roundtable declared that the “principal objective of a business enterprise is to generate economic returns to its owners.”

She concluded that Americans should “insist on a new deal” for big companies to get the country’s “stamp of approval.”

The reaction to Warren’s bill split down the somewhat predicable ideological lines, earning plaudits from the technocratic left and criticism from free-market conservatives.

Daniel Dayen wrote for The New Republic that Warren’s bill would “break the tyranny” of shareholder value theory, the aforementioned strain of thinking that the main responsibility of businesses is to increase their profits.

“In short, if corporations are people, shareholder value theory requires them to operate like psychopaths, pursuing only cash and bulldozing any obstacle in their path,” he wrote.

According to Dayen, the new charter in Warren’s bill would make corporate decision-making more democratic and, combined with the civil rights gains of recent decades, an even more equal society than half a century ago when a broader view of corporate responsibility reigned.

“‘Corporate responsibility’ used to be common practice, and now it’s more of a PR campaign,” he wrote. “The Warren agenda would make it a legal standard, in a way that she believes would redistribute trillions of dollars from corporate coffers to business investment and, ultimately, the employees that created the riches.”

The right was a bit less generous in their assessment.

Jeffrey Miron, a Harvard professor who serves as the director of economic studies at the Cato Institute, a libertarian think tank, told CNBC in an interview Wednesday that Warren’s bill could lead to “crony capitalism” and companies moving to other countries.

“If we make it more onerous for companies to locate in the U.S., they’re going to locate somewhere else. And that hurts precisely the group Senator Warren is trying to help — that is, the employees of these corporations,” Miron said. “They will have no jobs instead of jobs with wages she thinks are too low.”

According to Vox’s Matt Yglesias, another reason that Warren’s bill could meet fierce resistance is that it would be”really bad” for rich people.

“For billionaires with huge stock holdings — and for CEOs with compensation packages tied to share price performance — it would be a disaster,” Yglesias wrote Wednesday. “If they thought the idea stood a snowball’s chance in hell of happening, rich people would denounce it to anyone who would listen — and since executives and major investors enjoy privileged access to the media, their denunciations would be heard.”

Looking at the politics of Warren’s bill, Axios business reporter Dan Primack says it is virtually dead on arrival in the Senate, but “could be the beginning of a very loud conversation.”

“This isn’t going to become law, particularly with the current Congress,” Primack wrote Thursday. “And the proposed ‘corporate charter’ requirements are way too vague to be practically applied. But, politically speaking, it could be the sort of pro-worker, economic populism that Democrats successfully adopt to contrast themselves with Trump, without veering to the anti-capitalist left.”

Warren argues that businesses shouldn’t fear her legislation, even if it reins in the booming income of the country’s top executives. Her office points to the concerns that even some fellow CEOs have about companies neglecting longterm investment for the shake of short-term profits.

“You need CEOs and top executives who are incentivized not just to think in the next quarter, but to think longer arc about how this business works,” Warren told CNBC. “That’s gonna be good for everybody.” 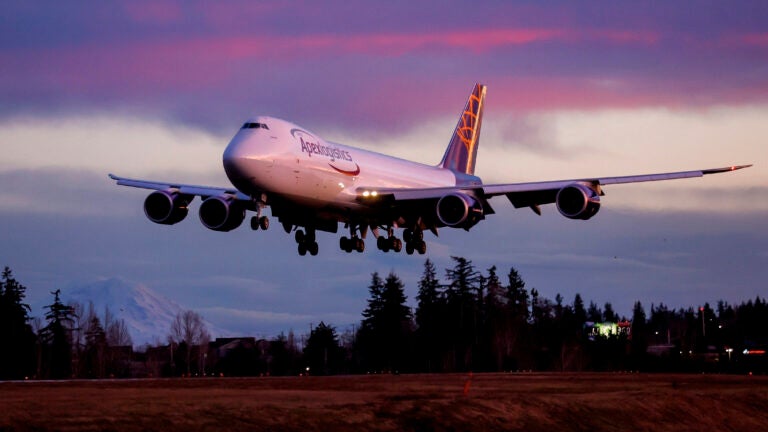 The last Boeing 747 leaves the factory