The Massachusetts state Senate is poised to debate what’s been dubbed “next generation” climate legislation: a package of bills proposing new environmental initiatives, ranging from meeting a net-zero emissions target by 2050 to installing a carbon pricing system.

The slate of proposals, released by the Senate Ways and Means Committee Thursday, seeks to offer new avenues for combatting climate change in the Commonwealth, including through incentivizing the creation of sustainable energy sources and curbing greenhouse gas emissions in the coming decades.

“The young people of Massachusetts have told us in no uncertain terms that they are looking to state leaders to take bold action on climate change,” Democratic Senate President Karen Spilka said in a statement. “The Massachusetts state Senate has listened.”

The three bills, which could head to a vote by the end of the month, advanced to the Senate floor just days after Gov. Charlie Baker affirmed his administration’s own efforts to propel climate initiatives in his annual State of the State speech Tuesday, including reaching the “net zero” emissions goal.

The bill before the Senate seeks to hit that target through meeting benchmarks at five-year intervals starting in 2025, and setting sub-limits for natural gas distribution, transportation, buildings, solid waste, and other sectors, according to Spilka’s office.

The plans must be “clear, comprehensive, and specific,” officials say.

“Getting to net zero is absolutely necessary, but it’s also a big lift,” state Sen. Mike Barrett, lead author and the chair of the Senate Utilities & Energy Committee, said in a statement. “This bill is all about the how of it, as in ‘Here’s how we are going to get there.’”

The legislation would also give the governor authority to decide on a carbon-pricing system.

Possibilities include a “revenue-neutral fee or a regional ‘cap and trade’ system,” — similar to the “cap and invest” model proposed in the regional, Baker-spearheaded Transportation Climate Initiative, lawmakers say. That system would require fuel distributors to buy permits for the emissions they produce, and the money raised would be invested in sustainable transportation projects.

However, the Senate proposal would require the governor to determine a system for the transportation sector by 2022; by 2025 for commercial, industrial, and institutional buildings; and by 2030 for residences.

“Any mechanism would be implemented so as to minimize the impact on low-income households, disadvantaged communities, and vulnerable manufacturing sectors,” Spilka’s office said in a press release.

The legislative package also looks at sculpting essentially a new energy delivery system for Massachusetts. The bills include provisions to mandate resources for solar energy projects in low-income neighborhoods; to support communities that decide to kick fossil fuel dependency for heating new buildings; and to authorize gas companies to test technology that allows for the use of thermal energy to heat buildings.

In terms of the MBTA, lawmakers are also considering a bill that would require the agency to start buying and leasing zero-emissions buses in 2030, with an aim to have enough for an all-electric fleet by 2040.

Furthermore, officials could establish a Climate Policy Commission — an independent watchdog body in which commissioners would be charged with keeping tabs on how the government is tackling the climate crisis through a “non-partisan, science-based view of the problem,” lawmakers say.

“We want this commission to be an independent guardian of the future, notably the future of younger generations, insulated from political pressure and consisting of the most authoritative and credible Massachusetts voices we can find,” Barrett said. “Job one for the commission is to tell us if we’re on track in bringing down emissions. Job two is to advise us on what to do next.

“The commission will give us objective information about the performance of both government and the private sector and will pay special attention to the impact on low-income and other disadvantaged communities,” he added. “If the commission works as intended, it will be a new voice, standing apart from politics as usual and committed to shedding light on a very hard problem.”

The package has garnered support from Boston Mayor Marty Walsh and some environmental advocates, who say the proposals put Massachusetts on the right path, one that will, or at least has the potential to, kickstart the transition to clean energy.

“The Senate Committee’s climate bill will make a real difference for people’s health and our climate,” Alyssa Rayman-Read, vice president and director of the Conservation Law Foundation Massachusetts, said in a statement. “Getting to zero emissions by 2050 is an absolute necessity, and pushing the T to exclusively use electric vehicles will go a long way towards hitting that goal.”

He hopes that the effort will spur a faster response to the climate crisis.

“Given that climate science tells us we only have until 2030 to substantially reduce our emissions, we hope that this legislation will serve as a catalyst for immediate action,” Stern said in a statement.

However, there’s room for improvement, he said.

The bill currently lacks language that would mandate Massachusetts transition to 100 percent clean and renewable electricity — a goal several other states have already set, Stern wrote in a post on the Sierra Club’s website.

“Sierra Club and our allies are committed to making this legislation the best version it can be, emphasizing our commitment to equity, and most importantly ensuring that these critical policies are passed into law before the end of the 2019-2020 legislative session on July 31st,” he wrote. 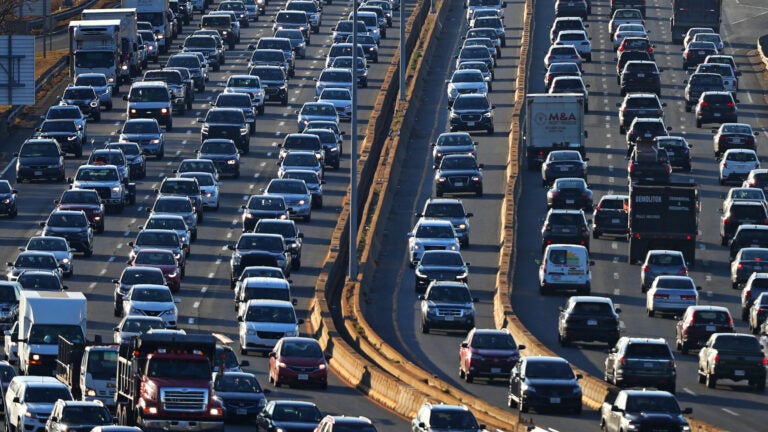 Do Massachusetts residents support the TCI? Depends how you ask the question.