Massachusetts drivers may want to practice pumping the brakes.

A bill to allow communities to install traffic enforcement cameras — ones that would snag shots of a driver running a red light, for instance — is heading to the state Senate floor for a debate next week.

If passed, “An Act Relative to Automated Enforcement” would pave the way for cameras to automatically fine drivers snapped speeding, blocking the box, making illegal right turns, breezing past school bus stop signs, or failing to stop on red.

An amended version has been put forth by the Senate Ways and Means Committee. The legislation is slated to go before the Senate on Feb. 27.

“In many municipalities today, the crush of traffic makes it impossible for local police to adequately enforce the traffic laws,” state Sen. Will Brownsberger, who filed the original bill, wrote on his website. “Road safety is deteriorating as too many motorists push red lights, exceed speed limits on residential streets and block congested intersections. Automated enforcement using traffic cameras can help.”

The Belmont Democrat says the bill addresses two main concerns that stem from automated traffic enforcement: that violations recorded by cameras would risk individual privacy and that cities and towns would use the system in “unreasonable ways to make money.”

Here’s how the law would work in practice:

What cameras would — and wouldn’t — record

The law would grant each city and town the ability to decide whether to install a camera or cameras based off its respective population (more on that later).

Locations could include roads owned by municipalities or those owned by the state, in which case officials would need to obtain permission from state agencies, according to the bill. Local governments can also affix the gadgets to school buses.

Regardless, road signs must let drivers know they’re on camera.

So what exactly constitutes a ticket-able offense?

There are, however, a number of exceptions.

According to Brownsberger, instances that would not be a fineable offense include:

If a rental vehicle is involved in a violation, the company that owns the vehicle is required to provide officials with the information of the person who was renting it at the time so that he or she can be sent the ticket, according to the bill.

What fines would cost — and how the process would play out

Fines generated by cameras would be capped at $25 per violation, according to the legislation — even for speeding.

Since cameras would identify alleged violators by license plates, tickets would be sent to the owner of each vehicle. Notices would be required to be sent within two weeks of the violation and must include a photo of the incident and all relative information, including date, time, and location.

Ticketed drivers could either pay the fine or appeal it. They would have 60 days to contest the ticket.

Not every city or town would be able to install a camera in their community.

The bill mandates that municipalities could only install one camera per every 2,500 residents, which means that, in the state’s smallest towns, cameras would not be allowed at all. School bus cameras are not included in the limit.

Furthermore, the law would require local leaders to approve each camera and its location only after they’ve held a public hearing. Cities and towns must also roll out a public awareness campaign at least 30 days before a camera is installed, according to the bill.

Brownsberger writes that cameras can only charge drivers for the violations outlined in the law, and municipalities must “transfer any net profits from the use of cameras to the state” and submit an annual report to the Department of Transportation on the use of cameras in their respective communities.

The bill “very tightly limits the exposure of motorists and includes other provisions to assure that municipalities will not overuse the new tool,” he wrote.

According to Brownsberger, violations cannot create surcharges on a vehicle owner’s insurance, and also cannot become part of the owner’s Registry of Motor Vehicles record.

He also says the legislation is crafted to protect individual privacy through several mechanisms.

Cameras, for example, can only take photos of the rear of a vehicle and, “to the extent practicable, additional efforts will be made to avoid capturing identifiable images of the occupants or contents of the vehicle,” Brownsberger wrote.

“Information derived from the camera may not be used by the camera vendor for any purpose other than enforcing violations,” he added.

Photographs cannot be used in any court proceeding outside of a related ticket hearing without a court order. The images would also not be considered public record and, within 48 hours after a ticket is disposed, the snapshots would be destroyed.

Pictures could only be taken when a violation occurs.

Why the cameras have become necessary, according to the bill’s sponsor

When Brownsberger was pushing for automated traffic enforcement in 2018, he wrote that the concept could reduce vehicle crashes, but said it also faced legal and political barriers.

“Implementation of automated enforcement requires state legislation to define a new procedure for attaching fines to violations,” he wrote on his website at the time. “The legal problem is that, in the absence of an officer pulling someone over, it is impossible to know who was driving the vehicle. So, we would have to hold the vehicle owner responsible, but there is no current mechanism to do that for moving violations.”

Still, Brownsberger recently pointed to the fact the Centers for Disease Control and Prevention see these mechanisms as a public health intervention.

He also contended that with limited police resources “millions of traffic violations go undetected or ignored every day on the roads of the Commonwealth.”

“People concerned about over-enforcement and the ‘big brother’ accumulation of data often also raise questions about how effective the tools are in changing behavior,” Brownsberger wrote in 2018. “In my mind, the effectiveness depends on practical decisions made in the roll-out. Where are the cameras placed? To what extent do drivers have advance warning? It seems beyond reasonable dispute that a good implementation with fair enforcement goals could change behavior in positive ways.” 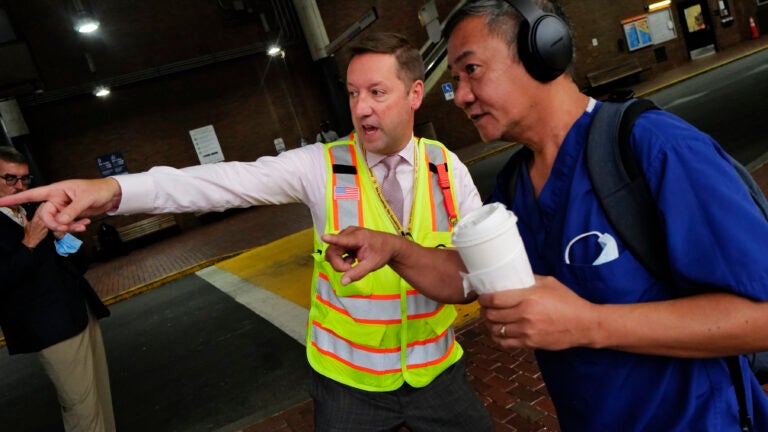