MINNEAPOLIS — Across the country, calls are mounting from some activists and elected officials to defund, downsize or abolish police departments. A veto-proof majority of the Minneapolis City Council pledged on Sunday to dismantle the Minneapolis Police Department, promising to create a new system of public safety in a city where law enforcement has long been accused of racism.

The calls for change have left people uncertain of what those changes would really mean and how cities would contend with crime. Much remains uncertain and the proposals vary from city to city, but here are answers to some questions about the issue.

What does defunding the police mean?

Calls to defund police departments are generally seeking spending cuts to police forces that have consumed ever larger shares of city budgets in many cities and towns. Minneapolis, for instance, is looking to cut $200 million from its $1.3 billion overall annual budget, City Council President Lisa Bender said. The police budget in 2020 was $189 million. She hopes to shift money from policing to other areas of need in the city.

If the money doesn’t go to policing, where would it be spent?

Many activists want money now spent on police overtime or on buying expensive equipment for police departments to be shifted to programs related to mental health, housing and education — areas that the activists say could bring about systemic societal change and cut down on crime and violence with sufficient money.

What are calls for abolishing the police seeking?

Leaders in different cities have advocated various specific plans, but generally speaking, the calls aim to re-imagine public safety tactics in ways that are different from traditional police forces. Activists say their intent is to ensure safety and justice but to wind up with a different system. Years of consent decrees and investigations into human rights violations by police departments have yielded little change, they say, so a more fundamental shift is needed.

What are some of the ideas for rethinking policing?

Some proposals call for ending no-knock warrants and military-style raids. Others seek to restrict the flow of military-style gear to police departments and change police tactics used against protesters. One group described an idea for policing in which attendees look out for one another but emergency workers are standing by in the background, handing out water and ready to step in if needed.

Has this been done anywhere?

Some cities have already made changes to policing. In the city of Austin, Texas, 911 calls are answered by operators who inquire whether the caller needs police, fire or mental health services — part of a major revamping of public safety that took place last year when the city budget added millions of dollars for mental health issues. In Eugene, Oregon, a team called CAHOOTS — Crisis Assistance Helping Out On The Streets — deploys a medic and a crisis worker with mental health training to emergency calls. Camden, New Jersey, revamped its policing in 2017 with officers handing out more warnings than tickets and undergoing training that places emphasis on officers holding their fire.

What is Minneapolis doing?

Nine members of the Minneapolis City Council pledged at a rally to dismantle the Police Department. The promised to create a new system of public safety, saying that the city’s current policing system could not be reformed. Council members say they aren’t certain exactly what policing will look like once they’re finished, and they caution plans will take a long time to execute. 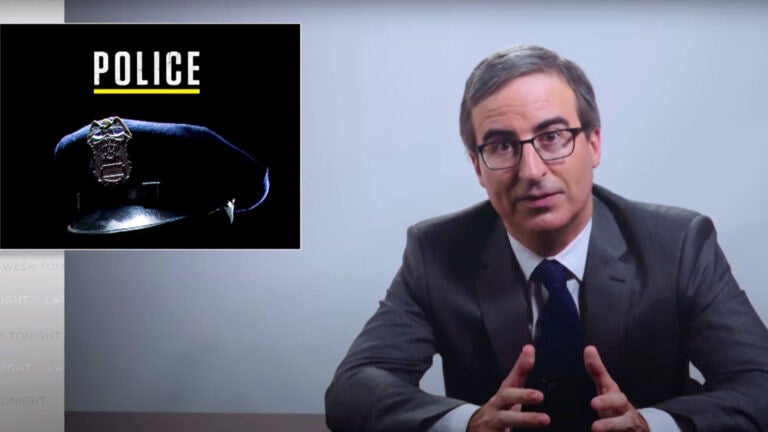