When Donald Trump was elected president, gay and lesbian leaders warned that their far-reaching victories under Barack Obama — including the Supreme Court’s decision legalizing same-sex marriage in 2015 — were in peril, endangered by the imminent arrival of scores of conservative judges and full Republican control of the federal government.

So it would be understatement to say that gay rights leaders and supporters were surprised by the court’s ruling on Monday that the 1964 Civil Rights Act protects gay and transgender Americans from workplace discrimination. They were stunned. Stunned that two conservative justices had sided with them. Stunned that this happened on top of a Republican appointee writing the marriage ruling, too.

In many ways, the decision is the strongest evidence yet of how fundamentally, rapidly and, to some degree, unpredictably American views about gay and transgender people have changed across the ideological spectrum in less than 20 years. It is all the more striking after the Trump administration moved last week to erase protections for transgender patients against discrimination by doctors, hospitals and health insurance companies.

The 6-3 ruling is the latest in a swift series of legal and political advances for gay Americans after several decades where gains came in fits and starts after the uprising at the Stonewall Inn in Greenwich Village helped usher in the modern gay rights movement 51 years ago this month. But this ruling could well be remembered as one of the last big legal battles, the achievement of a major priority of gay and lesbian people since gay activists gathered across Lower Manhattan in those weeks after Stonewall.

And it is potentially the movement’s most consequential victory yet, with implications that could touch the lives and livelihoods of more Americans than any gay rights decision by the court so far.

“As of today, nowhere in the United States is it legal to fire someone for being lesbian, gay, bisexual or transgender. That’s a big deal,” said Roy T. Englert, a Washington appellate lawyer who wrote an amicus brief in the case aimed at convincing the court’s conservatives, like Justice Neil Gorsuch, who wrote the opinion handed down Monday, that the law as written in 1964 covered employment discrimination based on sexual orientation and gender identity.

Trump has pursued a very different agenda when it comes to employment, health care and civil rights protections for LGBTQ individuals, and has been especially focused on rolling back policies that have benefited transgender people. In doing so, he is reflecting to a large extent the sentiments of his base — but it is clearly putting him at odds with much of the country as he enters the final months of what is already shaping up to be a tough reelection campaign.

It’s not that gay rights is central to the 2020 race; it’s that society appears to have changed on the issue far more than Trump seems to have.

The same-sex marriage ruling in 2015 was a powerful ratification of a changing culture and politics. But same-sex marriage was never a priority of those first leaders of the early gay rights movement — in no small part because it seemed completely unattainable. In places like New York City, San Francisco, Boston, Minneapolis and Los Angeles, the goal was more likely to be precisely the kind of legislation that the Supreme Court has now ratified: making certain that gay men and lesbians were treated fairly in the workplace.

In big cities and states where lawmakers held more socially liberal views, LGBT people were granted these and other protections. But those changes remained all but impossible to enact in more than half of the country, where conservative legislatures blocked them or, in some cases, voters outlawed them.

Torie Osborn, a longtime leader in the movement and a former head of the National LGBTQ Task Force, said Monday’s decision was “more important in terms of impacting millions and millions of lives of ordinary people. It’s bigger than marriage. It’s a watershed.”

This latest decision by a conservative court includes transgender people, in what — presumably not by design — represents a rebuff to a White House that has repeatedly sought to restrict government protections for those Americans, including the finalized regulations affecting transgender patients.

But the country’s attitudes have been changing rapidly on this issue, too, and this is the latest example of the law catching up with the culture.

Leaders of the Democratic Party have largely taken the lead on gay rights — if gingerly and relatively recently. During the latter part of Obama’s first term, he and Vice President Joe Biden came around to supporting same-sex marriage, followed in 2013 by Hillary Clinton, the party’s 2016 candidate. The Obama White House was lit up in the rainbow colors of the gay flag.

And one of the party’s top candidates for president this year was an openly gay man, Pete Buttigieg, the former mayor of South Bend, Indiana. Biden, who is now the Democratic Party’s presumptive nominee for president, issued a statement hailing Monday’s ruling almost immediately after it was handed down, calling it a “momentous step forward for our country.”

Trump, asked about the court ruling Monday, responded: “They’ve ruled, I’ve read the decision and some people were surprised. But they’ve ruled and we live with their decision.” He called it “a very powerful decision, actually.”

In arguments before the high court in October, the Trump administration’s position was that the 1964 act did not cover gay and transgender people and that Congress — not the courts — would have to change the law.

A CBS News poll released this month found that 82% of Americans, including 71% of Republicans, said the Supreme Court should extend civil rights protections to people identifying as gay and lesbian. Three-fourths of respondents to that poll said there was at least some discrimination in society against gay, lesbian and bisexual people. More than 4 in 5 said transgender people faced discrimination.

Though gay rights no longer has the potency to rally religious and conservative voters as it did a decade ago, activists on both sides believe it would be a mistake to consider the matter settled in the country’s culture wars. Social conservatives and legal groups have shifted their focus to transgender equality — with an emphasis on raising questions about access to public restrooms, eligibility to compete in youth sports and other issues they hope will strike Americans as going too far.

One of the country’s leading conservative legal organizations, the Alliance Defending Freedom, warned in a blog post to its supporters on Tuesday that a major piece of the decision — the recognition of gender identity as legally protected — “creates chaos” and could compel people “to refer to colleagues with pronouns and other sex-specific terms according to gender identity rather than biology.”

“The bottom line,” the post said, “is that ignoring biological reality in our laws threatens our freedoms of conscience, religion, and speech.”

Englert said the influence of these groups should not be taken lightly. “Trust me, there are many conservative churches and conservative organizations throughout the South and in the middle of the country that will deplore today’s decision,” he said. “And these are people with some followers.”

But the involvement of prominent lawyers like Englert in the campaign for greater recognition of LGBTQ rights is a sign of how attitudes about equality have changed inside the Republican Party. Englert wrote his amicus brief with the goal of attracting as many high-profile Republican supporters as he could.

Ken Mehlman, a former chairman of the Republican National Committee who has worked to persuade Republicans to support gay rights since he left politics and came out, said Gorsuch’s opinion proved that being conservative and believing in LGBTQ rights are not incompatible, and that people should not rush to conclude that they are. “One of the things that life and the law both teach us is, don’t assume things about people,” Mehlman said. “It’s an important lesson for our community.”

Legal experts pointed out that the underpinning of Gorsuch’s opinion was a principle popular with conservatives known as textualism, which says that judges should confine themselves to the text of a law when interpreting it. But the seismic cultural changes of the last decade have not stopped at the Supreme Court’s steps.

“We’ve come to the point in this country where the lived reality of most Americans, and certainly most of the justices, is that they know, like, admire and probably even love someone who is gay,” said Roberta Kaplan, a prominent civil rights lawyer. “It takes that closeness for people to understand the dignity of the other.”

Annise Parker, a former mayor of Houston who now leads the Victory Fund, which helps elect LGBT candidates, said that she did not see a time “when any of us will ever be able to say, ‘We’re done.’” As mayor, Parker signed into a law a nondiscrimination ordinance that covered sexual orientation and gender identity, only to see it overturned by voters.

“A city that elected me to office nine times said that they didn’t want me to have full rights,” said Parker, who added that as someone involved in the LGBT movement since the 1970s, she took the long view. “There is still work to do.”

It is still perfectly legal in many states to refuse service to someone who is gay or transgender, to deny them a home to rent or to decline to provide them with health care. But the scope and significance of Monday’s decision were undeniable, activists said.

David Mixner, a longtime gay rights leader who was a close adviser to President Bill Clinton, said that when he heard about the ruling, he thought immediately back to when the first gay employment discrimination bill was introduced in Congress in 1974 by, among others, Rep. Bella Abzug of New York.

“They had seven co-sponsors,” he said. “For four decades plus, we have been fighting hard to get what turns out to be the most difficult one, employment protection. It’s the most important one. For years I’ve said we have 30-some states where it’s still legal to fire a person for being LGBTQ. Now I can’t say that anymore.” 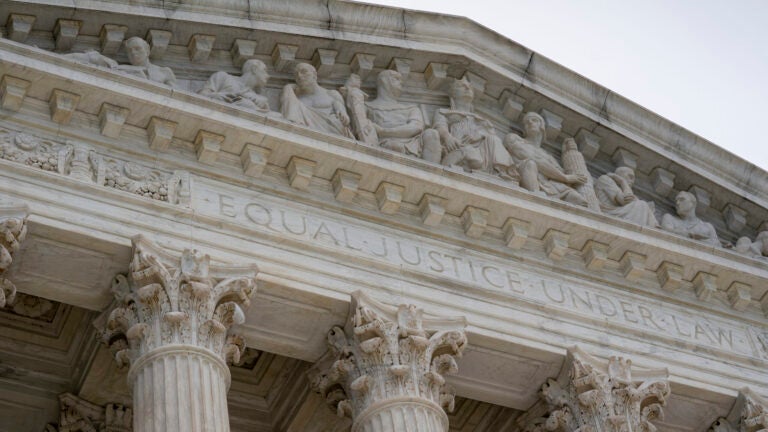