When President Donald Trump recently announced he was nominating Amy Coney Barrett to fill the seat vacated by the death of Justice Ruth Bader Ginsburg, many liberals began sounding the alarm — concerned about the future of abortion rights, how she might rule on the Affordable Care Act, and the conservative route the Supreme Court could take if she is confirmed by the Senate.

Sharing these concerns, Harvard Law Professor and constitutional scholar Noah Feldman told GBH in an interview Thursday that he would still vouch for Barrett, whom he once clerked with on the supreme court.

In a Bloomberg op-ed Feldman recently wrote, he noted that regardless of what other liberals may think when it comes to the circumstances surrounding her nomination, Barrett is highly qualified to serve on the Supreme Court.

While he told GBH that he disagrees with much of her judicial philosophy — as Barrett is known to be an originalist and a textualist — he still knows her to be a brilliant lawyer who would decide cases in good faith.

“First, she has a first-class legal intelligence, demonstrated certainly in her years as a law clerk when I knew her, but also subsequently in her academic writings and her teaching. Second, for those who care about judicial temperament, she has a very judicial temperament,” Feldman said of the former Notre Dame law professor and current judge on the Chicago-based 7th U.S. Circuit Court of Appeals.

When it comes to her personal qualities, he told GBH that she’s “got a fantastically judicial temperament. She’s calm, she’s thoughtful, she’s kind. I don’t think I ever heard her raise her voice in a disagreement in a whole year of a lot of intense disagreements.”

Feldman said he also believes the U.S. will always be better served by justices who follow conscience and logic rather than seeking the political outcome that they like in individual cases — and Barrett, who if confirmed could shape a generation of American law as the youngest justice on the bench, fits that description.

“She’s a conscientious person who will interpret the law to the best of her abilities, consistent with her jurisprudence,” he told GBH. “She’s not just going to ask herself, What’s the political outcome I want? She’s going to ask, Where does my method of judicial interpretation lead me?” 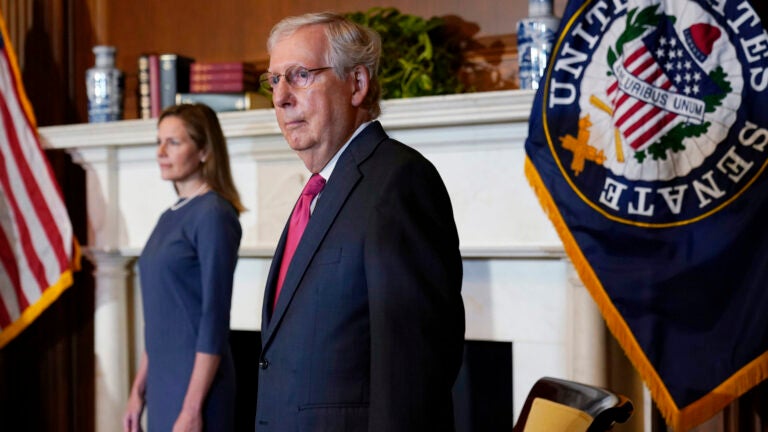 GOP seeks to pause Senate work, but not Barrett hearings